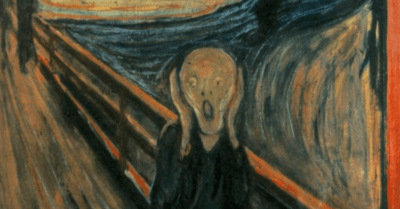 Posted on June 10, 2016 in Friday Favourites with tags

I was inspired to write this after stumbling across this audio database of screams during a late night voyage into the weirder side of the internet. I was idly clicking through them when I came to across the ‘Wilhelm Scream’.

I’ve always loved a good cinematic in-joke. And the Wilhelm Scream is arguably the longest running of them all. Named after the character Will Helm in the 1953 film ‘Feather River’, it is a stock sound effect scream that has since popped up all over, in the most unexpected of places.

It’s one of those things that once you’ve heard once, you hear everywhere. And I mean everywhere. So, for your listening and reading pleasure, I have come up with my top five favourite examples of the Wilhelm Scream.

Despite its namesake, the scream actually first appeared in Distant Drums (1951) as the soundtrack to a man being eaten by an alligator. And let’s be real, the original is always the best.

According to On the Media’s podcast on the Wilhelm Scream, sound engineer Stephen Altobello is one of its biggest fans. He’s tried to sneak it into a number of films over the years, but nothing quite compares to its appearance in the Jay Z tour documentary ‘Backstage’ (2000). I haven’t managed to find the exact moment it’s played, but even the thought is pretty fantastic.

Halfway through Judy Garland’s rendition of ‘Somewhere there’s a someone’ in the 1954 film ‘A Star is Born’. Incredibly unsubtle, very satisfying.

George Lucas was one of the screams biggest fans. So it seems only right that I include one of its most recent occurrences, a nod to the cult classics in Star Wars: The Force Awakens. 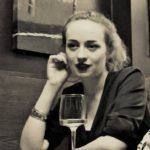 Publicity assistant at Hodder, Rosie spends the rest of her time re-reading The Hitch Hikers Guide to the Galaxy and listening to old school hip hop.

Laugh at her inability to sustain a twitter presence at @RosieStephen