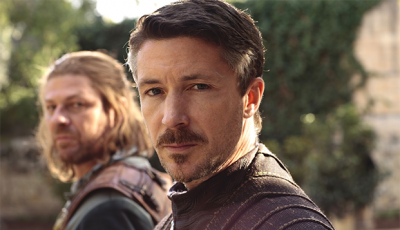 We’ve loved seeing some of Stephen King’s classic characters coming to life to introduce his chilling new villain Mr Mercedes, so this week we’re sifting through the ranks of the vile and villainous and picking out our favourite baddies…

Petyr Baelish from Game of Thrones

I love a flamboyant villain as much as the next person, but it’s the smart, slithery, overlooked and underestimated types I like best: those who lay careful plans and mount their villainous offensives slowly. If an evil scheme involves long-term planning and preparation, I’ll probably develop a soft spot for the schemer, no matter what manner of skulduggery he or she’s up to. So it should come as no surprise that A Song of Ice and Fire’s Petyr Baelish – Littlefinger if you want to make him mad, and you probably don’t want to make him mad – is one of my favourite villains of all time. He’s smart, he’s ambitious, he’s patient, and he’s out to win the game of thrones… when the vast majority of the other characters don’t even know he’s playing. The one person who’s really on to Littlefinger is his colleague and rival, Varys the Spider – a man who’s similarly used to being overlooked and underappreciated. Their relationship is one of the best parts of the entire series; most of the time, they’re speaking a language the rest of the characters don’t understand.

It doesn’t hurt that Aidan Gillen was cast as Littlefinger in the HBO adaptation. Gillen’s made a career out of playing slimeballs and psychopaths, and it thrills me in ways that are hard to describe to see The Wire’s Tommy Carcetti sleazing his way through Westeros. From Bal’more to King’s Landing…  and beyond. Littlefinger 4eva. 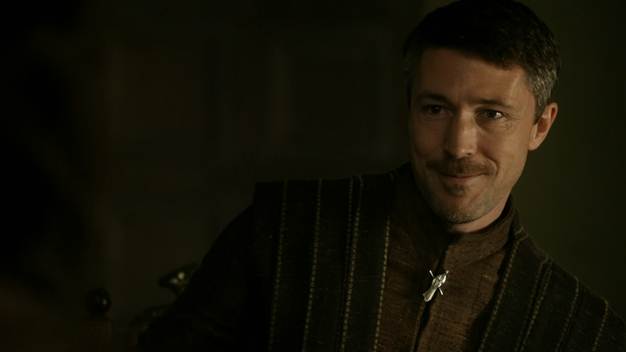 Give me half a chance to bring musical theatre into an SF blog post and I’ll take it…! The Wicked Witch of the West is the stuff of children’s nightmares, terrorising lions, scarecrows, dogs and munchkins alike before finally being defeated by Dorothy and a bucket of water. OR IS SHE? In Wicked: The Life and Times of the Wicked Witch of the West (famously adapted, of course, into another musical), the story is turned on its head and the witch, also known as Elphaba, is portrayed not as a villain but a misunderstood heroine, shunned by society for the green hue of her skin and for rebelling against the evil regime of the Wizard of Oz.

Joffrey Baratheon from Game of Thrones

“We’ve had vicious kings, and we’ve had idiot kings, but I don’t think we’ve ever been cursed with a vicious idiot for a king!” ―Tyrion Lannister

Nothing unites people like their hatred for Joffrey Baratheon. Before the premier of Season 4 Twitter united to #BringDownTheKing and [MAJOR SPOILER ALERT] when Joffrey died choirs of sang and everyone shared images of the boy king choking to death.

Among Joffrey’s many many crimes are the killing of Lady the direwolf, the beheading of his fiancée’s father in front of her, taking a cross bow to just about everything and constantly snivelling out lines like ‘I can’t stand the wailing of women’. Jack Gleeson’s portrayal of Joffrey is so atrociously perfect , that I’m sure if I ever saw him in the street I would have to take action – unsurprisingly, he is quitting acting.

Sadistic and cowardly, and terribly, terribly stupid, Joffrey makes a succession of awful decisions, and taking a sword to a book was the final nail in the coffin…

Scar from The Lion King 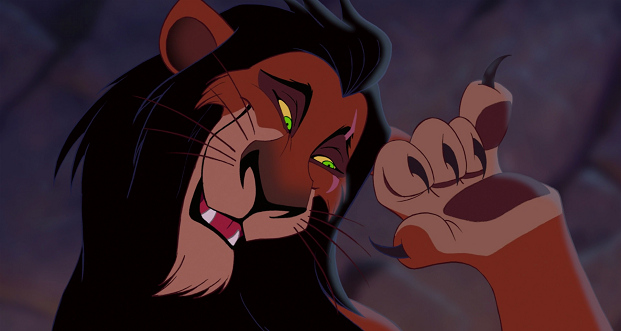 Scar from The Lion King has everything you need to be a successful villain of the spine-tingling, love-to-hate them variety. He’s got the voice, he knows simplicity is key to a bad guy’s modus operandi, and he has the best one liners.

Let’s address the voice first. Listening to Jeremy Irons wrap his dulcet tones around a villainous drawl is a little bit of aural heaven. Because what’s better than a villain with a Britain accent? He even sings about his wicked plans with a nefarious panache

When it comes to his modus operandi, he’s a clever enough villain to know the power of a protagonist’s Daddy Issues. And you can’t get much more evil than killing off your brother, convincing your adorable nephew that he was responsible for his father’s demise, before casting him into the wilderness, and then going after power yourself. Although unsuccessful, it’s certainly a more believable villainous motivation. How many Scars, Mufasas and Simbas can we name in British history alone?

Scar also gets all of the best sarky one-liners.

No, you really don’t Simba. Be prepared…

Klaus from The Vampire Diaries 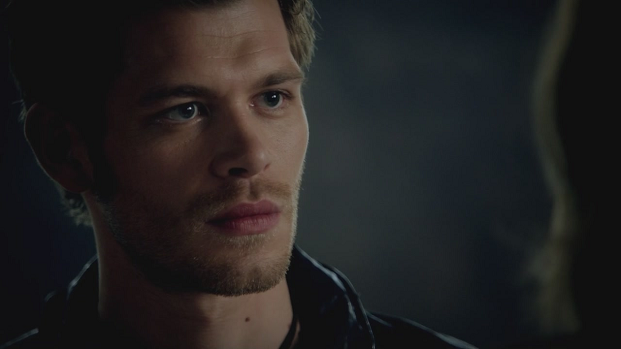 As one of the original vampires he is almost invincible, so when the annoying good guys (with the exception of Damon, who is kind a lovable anti-hero) try to kill him you think – oh God damn, typical good guys are going to win and kill them off. Nope. The bad guys are still alive and are still free… in fact they are so free they ran off and made their own series called The Originals. Win.

Klaus is one of my favourite villains at the moment because he is complicated, he has the British accent for charm and then typical sadistic nature of a villain. However, he loves his family… even though he keeps stabbing them (with special daggers) in the heart and hides them in coffins which are stored in random places… As Originals these special daggers are the only things that can ‘kill’ them, but really it just holds them in a kind of stasis until the dagger is removed. Handy if your sibling irritates you, and Klaus gets irritated quite often. Like I said, he is complicated. Did I mention that Klaus is also a hybrid of vampire and werewolf, which makes him super powerful? No, well his werewolf bite can poison a vampire and have them hallucinating and then dying a very slow painful death (harsh). He likes to utilise this power a lot, it’s a great tool of persuasion considering that the only antidote is his blood. With all these nasty habits, he still has a way of being relatable and being very likable – this likability increases ten-fold when you see how protective he is over the werewolf that is carrying his baby (say wha!?) and how much he is going to love that kid. Bless, gotta love a villain with a heart.

Klaus is full of surprises and surprising depth, he tugs at your heartstrings and always keeps you entertained – you’ll never be sure if he is about to betray everyone or come to the rescue… or maybe a bit of both. Credit to Joseph Morgan for getting the role spot on.

Bane from The Dark Knight Rises 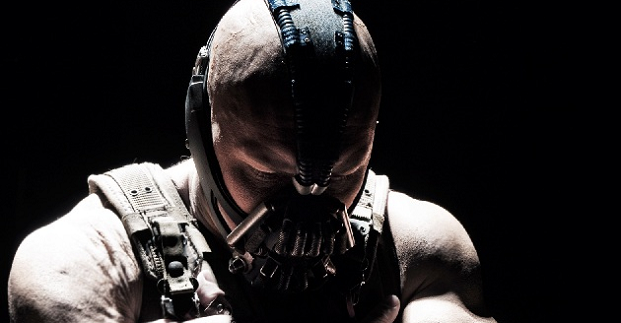 Bane from The Dark Knight Rises has to be my favourite villain.  I think Tom Hardy played the role perfectly – the sheer size of him was terrifying enough but that mask and the voice coming out of it were extremely creepy.  Heath Ledger’s Joker was a tough act to follow but I was really freaked out by Bane.   My favourite scene is the film is when Bane sets off bombs around the city, centred at the Football Stadium, causing mass destruction and trapping the majority of the city’s police force underground.  I just think it is a brilliant film and Bane is, in my opinion, the ultimate villain.

“When it is done and Gotham is ashes… then you have my permission to die.” – Bane to Batman