As you can see from Twitter, the dodo’s still ablaze for Pierce Brown’s Red Rising! In Red Rising, the main character Darrow undergoes a makeover of sorts as he is transformed from one of the lowest in society to a member of the elite ruling class so he can infiltrate their domain and take them down from the inside. AND, we’re also very exciting for Red Rising‘s upcoming film makeover!

So in this week’s Friday Favourites we’re picking out some of our favourite transformations!

As the Dodo will testify, I’m normally the easiest-going fellow in the world, but when I discover the last Hobnob has been taken  from the Hodderscape biscuit tin I’m sometimes overtaken by an uncontrollable rage … My eyes turn greenish-white, my skin goes the same colour as Kermit the Frog, my shirt rips down the back, my watch pops off my wrist and my feet explode from my shoes. My eyebrows become giant caterpillars, my jaw assumes an overbite and my hair… ach, instead of being exquisitely layered it now looks both permed AND cut in a pudding bowl…  Lastly my trousers rip  and things could get even worse if it wasn’t for the Easyfit underpants I always don before departing for Hodder Towers, just in case of such an emergency.

So, who’s going out for more Hobnobs then?

Emperor Kuzco and Ysma in The Emperor’s New Groove

One – no, make that two  –  of my favourite transformations come from Disney’s take on the Emperor’s New Clothes – 2000’s The Emperor’s New Groove . Heck, as long as we’re confessing stuff here, I might as well come out and say it’s one of my favourite films, period. TENG boasts a strange and fascinating production history (you can and should read about it here) but the result is a very un-Disney like film about a selfish teenaged emperor who gets turned into a llama, and learns the value of things like friendship and honesty. If you follow me on Twitter you might already have guessed my affection for the movie, as my avatar is the film’s villain, Ysma. Not only is Ysma the greatest baddie of all time (actual fact), she’s voiced with provocative intensity by the late, lamented Eartha Kitt. And, in addition to her awesome dress-sense, sideline as a mad scientist and unbelievable hair/hat-thing, Ysma winds up getting turned into a really, really cute kitten.

So there it is. Two transformations for the price of one, all wrapped up in a whizzy little film with the lunatic sensibility of golden age Loony Tunes and Disney’s trademark superb animation.

If girls go from geek to chic, then I guess guys go from geek to ripped. Poor old Peter Parker gets a nasty spider bite and magically acquires perfect vision and some serious abs, alongside those extra Spidey senses. Cue romance with Mary-Jane and some kick-ass superhero shenanigans…

Spike in Buffy the Vampire Slayer

If you become a vampire you will increase your hotness at least 10 fold. This is a fact. This fact is nowhere more perfectly demonstrated than in Buffy the Vampire Slayer, and no Buffy vampire is more devastatingly handsome than Spike. This is known. Lean of body (warning: hot), piercing of gaze and, of course, THOSE cheekbones. Spike, or William the Bloody, progresses through various stages of hotness: from his humble beginnings as a basic English gent, to Billy Idol-inspiring punk, through to the only guy who could ever pull off a full-length leather jacket.

Of course, this look takes maintenance, but it is all for the greater good. Wishverse Willow’s transformation into a vampire in “Doppelgängland” is a great illustration of how to achieve the look. 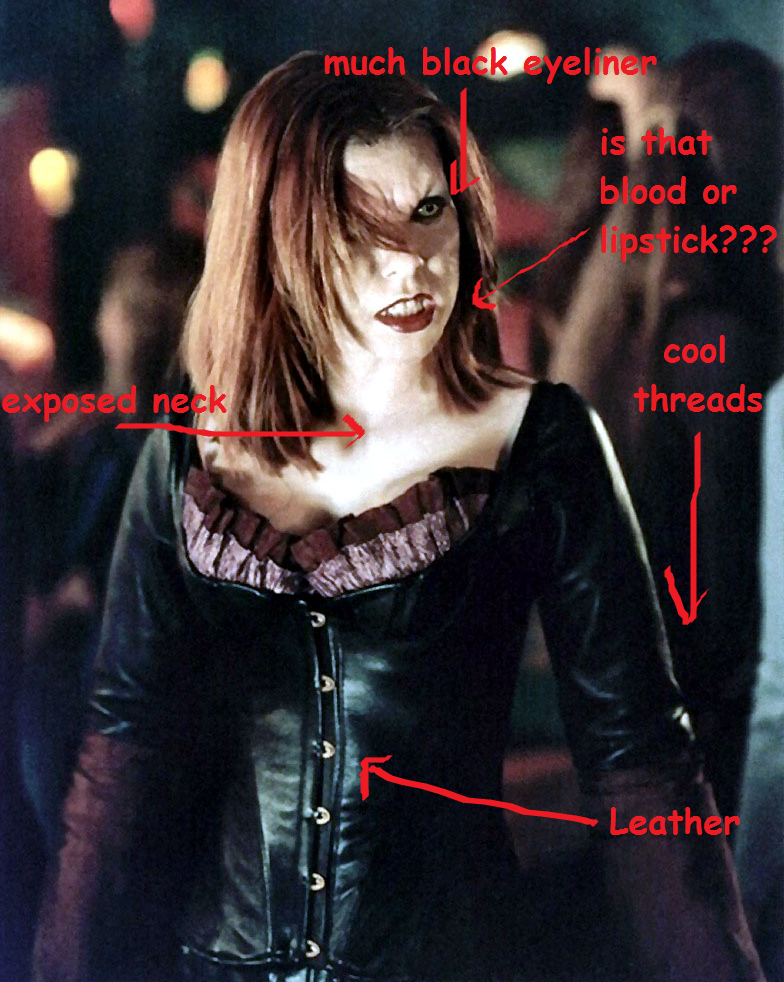