Friday Favourites: things we read and watched in January 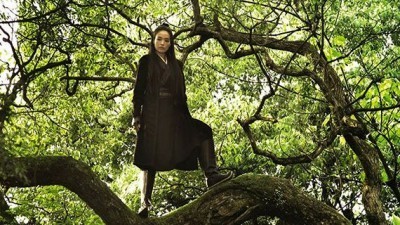 Posted on January 29, 2016 in Books, Film, Friday Favourites with tags

From X Files to Frasier, the best things team Hodderscape read and watched this month. 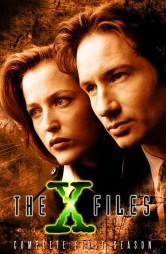 We are now in a dark TV period before the second part of TheWalking Dead begins, and the eagerly anticipated  next instalments of Netflix Marvel are still a little way off. So on a winter’s night, what could be better than total immersion in the massive X-Files rewatch? We are now deep into the Third Season. Absolute favourite so far of this rather mixed season is the 4th episode, ‘Clyde Bruckman’s Final Repose’, about an insurance agent who can foresee the manner of people’s deaths. Existentially weighty as well as fabulously entertaining, it’s no surprise to discover this episode was penned by Darin Morgan, the writer of the second season’s brilliant and zany carnie mystery, ‘Humbug’. 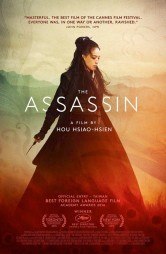 January brought a lot of film disappointments. The Danish Girl was saccharine. The Revenant was a beautiful bore. Joy was about a mop. But The Assassin delivered.

The trailer promised me a kick ass woman with a sword, a cut throat lady boss and lots of jaw-dropping fight scenes. What I got was something more subtle than that. The set was sumptuous, and our protagonist leaps deftly over rooftops (as people are wont to do in martial arts films), but The Assassin is a quiet film that seethes with tension and unvoiced emotion. Fight sequences glimpsed only through a gap in the trees, conversations shot through diaphanous curtains, the main character silently weeping as she is asked to kill her cousin – The Assassin is beautiful, and quietly devastating. 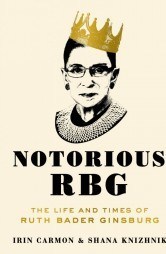 Notorious RBG: The Life and Times of Ruth Bader Ginsburg by Irin Carmon and Shana Knizhink

Ruth Bader Ginsburg, the most liberal justice currently sitting on the US Supreme Court, has been a hero of mine since she first took her seat. She’s tough as nails, ferociously intelligent, a committed but thoughtful liberal, a feminist icon, astonishingly articulate, passionate, and a very hard worker – all qualities I hugely admire. Most importantly, her methodologies are close to my heart: she’s a radical progressive who swears by careful, incremental, strategic change – start small, she’d advise, and play a long game.

In the last decade, as the USSC has slipped increasingly right in its decisions, RBG has emerged as the passionate voice of liberal dissent. And… a meme. Following RBG’s heartfelt dissent to 2013’s Shelby County v. Holder, an NYU law student founded a Tumblr in support of – and admiration for – Ginsburg. The blog struck a chord; wonderfully, a new generation of pop-culture-savvy liberals loved the juxtaposition of this ferocious octogenarian’s image and words with the words and images of hip-hop culture, and the Notorious RBG was born. This book, by the author of the original blog and featuring fan art from around the world, was my Christmas present to myself, and I read it in one sitting. And I cried, because this woman is amazing.

If this is the first you’ve ever heard of RBG, start here with this Rolling Stone interview with the authors of the book. 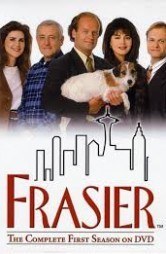 I’ve been re-watching Frasier throughout January, and not only is it a very funny and well-written show, but it’s full of brilliantly sad moments that make my heart ache. Like Marty, scared of falling in love again after his first wife passes away, or Niles (the king of a well-timed sad line), watching from the sidelines as the woman of his dreams gets engaged to another man. Frasier himself manages to sabotage every good relationship he has. No post-work stretch of time is complete without watching 2 or 3 episodes in a row.

I’m a sucker for pathos.