Friday Favourites: things we read and watched in October

Posted on October 28, 2016 in Books, Friday Favourites, Television with tags

From western robots to wildfire, the best things we read and watched in October. 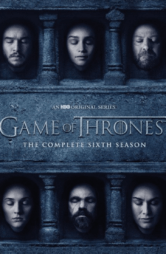 After months (and months) of being behind, I finally caught up to the rest of the world and watched the most recent season of Game of Thrones. Not only did all those Hoddor references finally make sense, but I could finally weigh in on the rest of the season’s controversial moves… and take a great deal of personal delight in how many tertiary characters the show has finally started killing off. Though I had the Hoddor thing mostly figured out by the time I got to the season, the events of the final episode genuinely took me by surprise. Naturally, however, my favourite part of the entire season was that big ol’ smug grin stretched across Littlefinger’s face during the Battle of the Bastards. Well, that was my second favourite smug grin of the season. The first belonged to Sansa. You know the one I’m talking about. 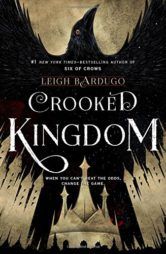 This book kind of broke me. I adore books that give me a good punch to the gut before gathering me up in a comforting hug. Crooked Kingdom was one such book. I won’t spoil too much about the plot, but needless to say there are tricks and turns in true Leigh Bardugo fashion. There are flawed characters aplenty and those familiar with the Grisha trilogy will be pleased to see some familiar faces return.

My Christmas list currently consists of a Grisha series boxset and plenty of Six of Crows/Crooked Kingdom merch from Etsy. An obsession has been born. 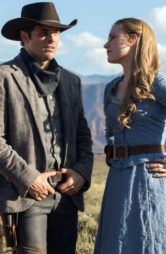 The setup of this couldn’t be cooler: a western theme park populated by robots and controlled by a corporation of scientists and shifty board members. We follow both the goings of the scientists, but also the lives of the robots as they gradually realise the truth about their world. It’s kind of like Red Dead Redemption meets The Matrix.

The robots (or ‘hosts’) are all created for the entertainment of the park’s rich attendees. We have the usual stock figures: damsel in distress, the chiselled hero, the scarred villain etc. They’re all, quite literally, manufactured; calling to our attention how hackneyed these stereotypes are. Gradually we see them challenging their programming, rebelling against the roles assigned to them and breaking out of their storylines. It’s totally gripping, and a really interesting exploration of 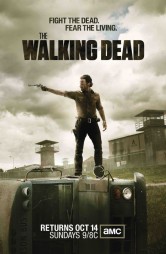 Yes, I watched THAT episode. My entirely spoiler-free reaction is that the whole 45 minutes was like being bludgeoned by Negan’s barbed wire-wrapped baseball bat. An episode of extreme horror nihilism. For a discussion as to whether horror can ever go too far, see Jason Arnopp’s (also spoiler-free) piece on the episode (oh, and read his wonderfully creepy novel The Last Days of Jack Sparks, or, indeed, any of his short fiction). My daughter laughed off the violence, but I was quite shocked.  As previously noted, I am light-hearted pilgrim in Walking Dead land. Whichever beloved character has become zombie meat up to now, I have forgiven the show because the survivors exhibited a life-affirming wish to live, an optimism that civilization might someday return. Indeed this episode shows one scene with the characters sitting at a picnic table on an imagined future sunny day as if they HAD ‘grown old together’.  That optimistic scene was, in context, achingly poignant. Well ‘growing old together’  wasn’t going to be an option after this episode. A colleague of mine came up with a wonderful strapline for Adam Baker’s excellent post-apocalyptic zombie novel, Outpost: ‘when the world ends do you want to be the first to go, or the last to survive?’  This episode made me wonder why any of our heroes wanted to continue living, and indeed why anyone COULD live, in a world ruled by a Negan. Come back The Governor, all is forgiven.