Friday Favourites: things we read and watched in September 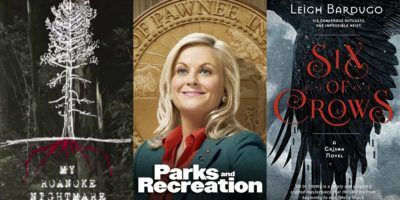 Posted on September 30, 2016 in Books, Friday Favourites with tags

The best things team Hodderscape read and watched this month! 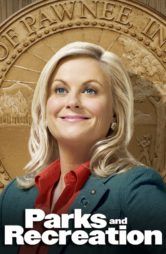 Yes, I’ve seen Parks & Recreation before. I’ve seen it a lot. It’s my comfort-watch – when I’m home sick or have had a long day at work, 22 minutes with Leslie and Andy and Ron is an unfailing pick-me-up. So why am I mentioning it in this month’s Things We Read and Watched? Because my husband gave up after season 2, and I’ve only just gotten him to start watching again. Yes, five or six years after he last watched an episode he’s back… and he loves it too. It’s been a pleasure catching up on the earlier seasons with someone who’s never seen them and doesn’t know what to expect. And I’m only being a little smug about the whole thing. 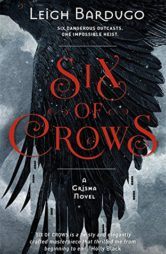 For the past few months I’ve been scrolling through Instagram, looking at all of the beautiful books I want to buy (but can’t because my TBR pile is out of control), and one that grabbed my attention was Six of Crows by Leigh Bardugo. I love a good feathery cover, and once I delved into the book, I was thrown into a world of awesome characters (this book is a sure thing for anyone wanting to cosplay) and a setting that reminded me lots of Amsterdam. There’s a seemingly impossible mission, a surprising amount of gore, and a hell of a lot of charisma. I need to get my hands on a copy of Crooked Kingdom ASAP before I rip someone’s eye out. 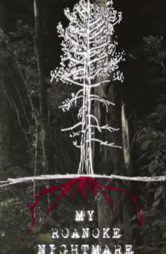 Despite being quite underwhelmed by the last two seasons, I will always watch American Horror Story. The anthology format means that there’s something new to gross you out each season and a new concept for them to go to town on.

This season follows a young couple from Los Angeles who move to a remote house in Roanoke Island, North Carolina. Obviously, nothing good can come of this. It’s told in the style of a paranormal documentary, with talking heads from the couple and an accompanying ‘dramatic reenactment’ featuring other actors. For me it’s this that sets it apart from the last few seasons which (for me) never really reached the heights of Asylum. The documentary setup gives it a fun parody element, and also allows for some interesting schisms to develop between the talking heads slots and the reenactment later on down the line.

Also, the central myth of this season – the lost colony of Roanoke returning in spectral form – is quite simply, very cool. 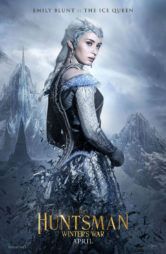 I was a massive fan of Snow White and the Huntsman, and was very eager for round two of Chris Hemsworth with long hair, dressed in medieval garb and wielding a couple of axes, looking immensely sexy at all times. I enjoyed it even more than the first one: the addition of Emily Blunt as Freya, Ravenna (Charlize Theron)’s sister, was brilliant, and there’s a touch of Frozen to the story when innocent, trusting Freya discovers that her lover has murdered their child, and her anguish and rage causes her long-dormant powers to erupt in a deadly explosion of frost and ice. She moves to the north (leaving Ravenna to rule the south) and secludes herself away in an epic ice-palace, pondering her betrayal, plotting evil and forbidding love amongst the children she takes in and trains to be her huntsmen. But Eric (sexy Chris H) and Sara (a very beautiful Lara-Croft esque Jessica Chastain) end up falling for each other anyway. Of course they do. Whereas Snow White lost me just slightly towards the end of the film (when it turned into quite a Hollywood-y battle scene), I preferred Winter’s War because the story stayed so personal. There are lots of great moments in the final scene when Freya and Ravenna are evil-Queening each other, both looking glamorous, evil, wounded, terrifying and emotional by turns. And Eric and Sara’s love story is genuinely quite touching. And the dwarves (Nick Frost, Rob Brydon and Sheridan Smith) are awesome. And there’s a very cool soundtrack.