Friday Favourites: things we read and watched in June 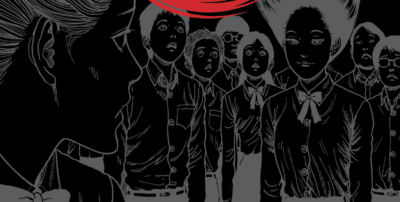 Ah, what a month. We’re taking a moment to stop refreshing the Guardian’s EU live blog and share a few things that were actually enjoyable this month… 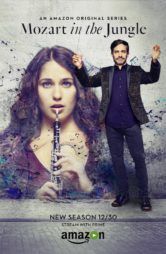 Mozart in the Jungle

I’m not ashamed to admit it: we got Amazon Prime so we could watch Hap & Leonard, the (awesome) adaptation of a series of novels by our own Joe Lansdale, starring James (Mark Anthony from Rome) Purefoy, Kenneth Michael (Omar from The Wire) Williams, Christina (Joan Holloway from Mad Men) Hendricks and Jimmi (you might know him as Poyle from It’s Always Sunny, but he’s truly brilliant) Simpson and many others – and it was awesome. But then we discovered Mozart in the Jungle.

Malcom McDowell stars as the outgoing conductor of the New York Philharmonic, with eccentric young Gael Garcia Bernal stepping in as the next maestro. Their gentle head-butting is observed from the periphery by Hailey (if you’ve seen it, you’ll know what I mean when I say ‘Hi-lee’), a talented young oboe player who’s questioning the decisions that led her to want to be a professional musician. The show is wonderful, strange, and filled full of glorious jokes about classical music that had both me (a band geek from way back) and my husband (who spent his school days making fun of band geeks) laughing. At base, though, the show is a lovely exploration of friendship and passion and drive, and while every character is wonderful and very believable, it’s Bernal’s turn as Rodrigo who makes the show work. There’s a particularly transcendent scene were Rodrigo, late to a fundraiser, leads a group of elderly donors in an impromptu wine-glass concert. I can’t seem to find a clip online so you’re just going to have to watch the show to see it. 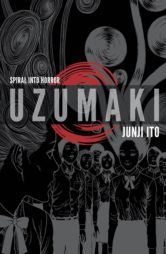 The small fogbound town Kurouzu-cho is cursed. Not by ghosts, witches or vampires. But by uzumaki, the spiral. Uzamki appears everywhere: in seashells, in water, in locks of hair, inside people’s ears. As these patterns proliferate, the people of Kurouzu-cho descend into madness.

This manga is totally grotesque. I was reading it on the tube, and tried to shield my fellow passengers from it for a few minutes before giving up and tearing through it. People do all sorts of disgusting things to do with spirals and their bodies which I probably don’t need to describe. Go stare at them instead! 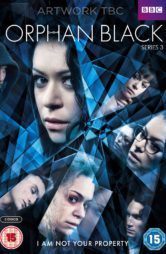 Orphan Black and Organge is the New Black

I’ve watched two cracking shows this month, and I’m finding it difficult to pick between them, so I’m going to list reasons why I LOVED both, and why they’re actually pretty similar:

2.       They’re both utterly heart-breaking and uplifting at different points

3.       They both have amazing acting by female-led casts

5.       Both launched season 4 this month, and season 4 was stronger than season 3 in both cases