Friday Favourites: things we read and watched in January

With the world outside looking increasingly more like a dystopian novel, here are a few things we actually enjoyed this month. 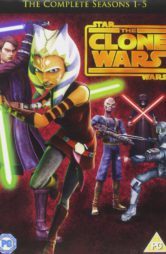 Almost a decade late, I finally made it past the first arc of the animated Star Wars spinoff series, The Clone Wars. There are many reasons I never got on with the series on previous attempts: the borderline cutesiness of the first batch of episodes; the protagonist Ahsoka’s thoroughly Disney voice; the never-ending appeal of the original films over almost everything else on TV. I got the box set for Christmas and re-dedicated myself. Unsurprisingly, I’m in love.

The Clone Wars examines free will in an army that’s been programmed since birth, the reality of genocide perpetrated by the Droid Army, and how a criminal underworld thrives in wartime. Its stand-out characters are all women, with good doses of fierce female badasses alongside noble wisewomen. Ahsoka is fast becoming one of my favourite characters in the entire Star Wars canon, but double-lightsaber-wielding assassin Asajj Ventress is the one who’s stolen my heart. She is evil incarnate: a Sith-trained killer, a woman with an aesthetic that blends vampire with tarantula, and a witch in space. My fear of the series being a bit too whimsical for me was wiped clean after a couple episodes featuring Ventress. The Clone Wars is an adult show that often delves deeper into the darker themes of Star Wars than some of the films did. Matt Lanter’s Anakin is also infinitely more respectable than poor old Hayden Christensen’s.

The bulk of the series is taken up with battles between the Republic’s Clone Army and the Separatist Droid Army – a formula that sounds terribly repetitive but actually really isn’t, thanks to the almost endless supply of new worlds and peoples to showcase from the Star Wars universe and the myriad ways in which you can make blowing stuff up in space look cool. The Clone Wars is great for anybody who dislikes the prequel films but likes Jedis actually using their lightsabers on screen, or indeed for folk like me who indiscriminately eat up most anything Lucasfilm throws at them. 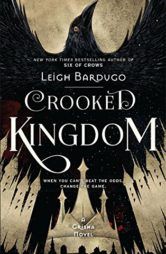 I’m not the first or even the second person in Hodderscape HQ to fall in love with this series. My colleagues had been telling me to read it for ages – if only they’d told me it involved a dashing but damaged master criminal with a sharp tongue and an even sharper haircut. Someone’s getting fired.

For the uninitiated, this series reads like a YA take on Ocean’s Eleven set in a fantasy version of Amsterdam. It sees a band of young criminals undertake a series of increasingly impossible heists, all while battling their own personal demons. There are more plot-twists than an anaconda playing Twister (wouldn’t that be great to watch though?), and each of the POV characters will feel like an old friend by the end of it. 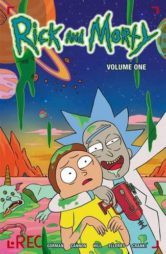 I’d heard whispers around my circle of nerd friends that this was a must-watch for fans of Bojack and Archer. It lived up to my very high expectations. If you haven’t seen it, Rick is a mad scientist who burps a lot, and Morty is his easily-swayed grandson. Cue larks and peril. It’s brilliantly voice-acted, featuring Sarah Chalke (Elliot from Scrubs) playing a horse surgeon and Chris Parnell (Dr Spaceman from 30 Rock; Cyril from Archer) as an incompetent advertiser, and it’s created by Dan Harmon, more known for his other creation Community. There’s even a whole episode based around Stephen King’s Needful Things. 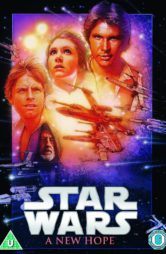 1977. Star Wars (later renamed A New Hope) just out in the cinemas – a hot date, a hot night, my rusty Ford Escort burning a sooty trail through the summer dark… A love affair was born, but not with the hot date. My companion’s various grunts and groans turned out not be signs of awe and wonder at what passed on the silver screen but barely stifled hoots of mirth. We drove home in silence.  But my head was full of wonder, a wonder 40 years which inspired me after the second viewing of Rogue One to sit down to rewatch the other 7 movies. An aphorism: you have to suffer hours of Jar Jar Binks to truly enjoy the great things in life, and, chronologically,  everything from Revenge of the Sith onwards fits that  ‘great’ bill exactly. 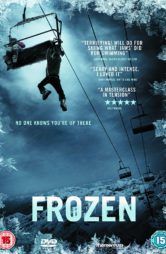 The premise of Frozen is simple but brilliant: three friends are on a ski lift, going for one last run down the slopes before everything shuts down for the day. Only… the guy operating the lift doesn’t realise they’re still on it, and the lift is closed whilst they’re still halfway up the mountain. And it’s a Sunday – the lifts won’t reopen until Thursday. What would you do? Jump, climb, or stay put? Like films such as Open Water, Frozen definitely has that increasingly panicky, slow-realisation-that-you’re-totally-screwed feel. Part of why it’s so freaky is because it could so easily happen! I really enjoyed it – it was realistic, there was loads of tension, and, spoiler alert, one of the characters gets savaged to death by a mountain wolf. NOT a film to be confused with the Disney version. 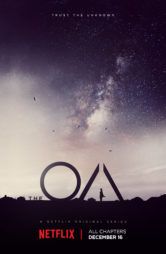 I watched The OA in the last couple of weeks and let me tell you… it’s really weird. Not exactly bad but also not good. What can you say about something that feels like it revels in its own intelligence, but doesn’t quite feel intelligent enough to pull off that arrogance?

Maybe I’m giving the show too much grief but it felt odd – the different lengths of episodes, the unlikeable but realistic characters, an almost deliberately uncharismatic lead and the undetermined ending – it is all so deliberate and forced.

Lord, I could go on for an age discussing if I liked it, and as far as I can tell the show has been very divisive in its reception… so clearly I’m not the only one who has mixed feelings. The most I can say is you should watch The OA just so we can be confused together.