The best things we read and watched in February 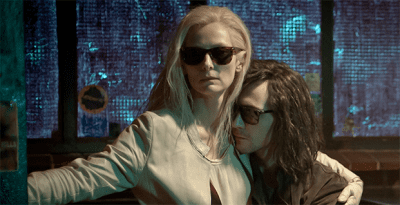 From the beautiful and tortured undead, to the Walking Dead, the best things team Hodderscape read and watched in February. 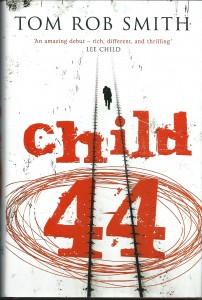 Inspired by the recent release of the movie trailer and goaded by the knowledge that I was the only person in the UK yet to read it, I found by way of wonderful serendipity a battered copy of Tom Rob Smith’s 2008 bestseller in a  giveaway charity box in the office and got stuck in. Intriguingly, tucked away inside the book  was  a bus timetable and map of Rio de Janeiro. What my unknown colleague made of the contrast between Copacabana and Carnival and the grim world of Stalinist paranoia and denunciation in Smith’s book, will, I guess, remain a mystery, (unless, of course,  they read this blog and care to share their thoughts).

The book portrays  a society in which crime is illegal. In Soviet Russia in 1953 the State insists crime doesn’t exist because want and need have been banished. Theft and murder are the province of the decadent, capitalist West. Any denial of this credo is deemed a crime in itself and is rewarded by the gulags or summary execution. So when war hero and now elite MGB (prototype KBG) policeman Leo stumbles on the evidence of one the most prolific mass serial  killers in Russia, if not the world, he is faced with a dilemma of Catch 22 proportions: risk his privileged status and do the right thing, or allow a cover up?  It’s tense , edge-of-the-seat stuff, brilliantly researched with a pressure cooker atmosphere of paranoia and betrayal. 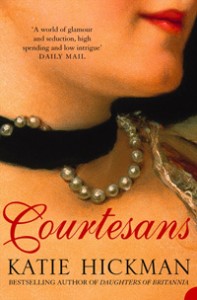 An accessible history of the idea of the courtesan, Courtesans was too tantalizing a prospect to pass up when I ran across it in a used bookstore in York. Hickman examines the social, economic and personal power the courtesan  held over society by following the lives of five exemplar women from the mid-eighteenth century to the early 20th. She finds fascinating commonalities between them – their independence, intelligence, fabulous wealth and charisma – and explores the differences between them, as well. One famous early courtesan, for example, lived the high life for a few years before bad investments and a crippling alcohol addiction sent her spiralling into poverty; one of the most famous (and infamous) women of her generation, she nevertheless died in poverty and obscurity in her mid-40s. Happily, their stories didn’t all end tragically. (Just most of them.)

Courtesans is a gripping read and provides absolutely fascinating insight into the lives of five fiercely independent women while exploring how women could take ownership of sex at a time when doing so could (and often did) ruin them. 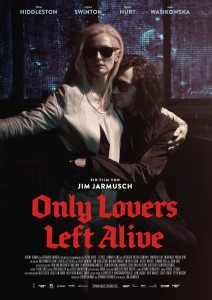 The only thing that would make this film any more up my street would be if Spike swept in at the end and went home with me. Only Lovers Left Alive is perfect and I can’t account for not watching it any sooner. Maybe it was temporary insanity. Maybe it was masochism. Maybe I was delaying what I knew would be a moment (or 123 minutes, to be precise) of unparalleled cinematic pleasure.

There is nothing not to love about Tilda Swinton and Tom Hiddleston gliding around as beautiful, immortal artistes. The cinematography is sublime. The acting is divine. The soundtrack is transcendent. In fact, I have listened to the soundtrack on my walk home every day since watching OLLA and imagined that I myself am a tortured vampire.

I am not a tortured vampire. But, for just a moment, Only Lovers Left Alive made me feel like I could be. 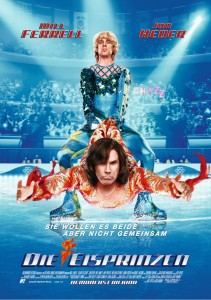 On Wednesday, after an insanely busy day at work, I went round to some friends’ house for dinner, knocked back a glass of wine, and demanded that we watch a silly film. My friends obliged by digging out Blades of Glory from their DVD collection. And what a great choice it was. I saw Blades of Glory at the cinema when it first came out, but over the years I’d sort of forgotten about it – and forgotten what a genius film it is. I’m not really a Will Ferrell fan but he is very, very funny here, and once you throw in Jon Heder (aka Napoleon Dynamine) and Amy Poehler, along with brilliant dialogue and a totally bonkers plot you’ve got something 100% awesome. If you haven’t already, WATCH IT NOW. 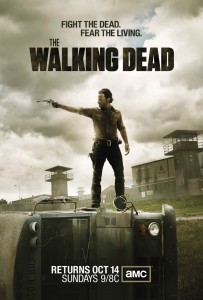 The Walking Dead season five continues! I was so fired up to watch it, but I gotta say (spoiler alert) the first couple of episodes have been a bit slow. I was quite disappointed with so much Rick introspection (and the beard… I mean, dude, really?! I know you’re in the middle of a zombie apocalypse but hack a bit off once in a while), and the downward spiral the gang seemed to be on. Then the maddening cliff-hanger at the end of the last episode really ticked me off, but of course left me wanting more. Way to play it, zombie guys!