Friday Favourites: things we read and watched in February

From potion-brewing witches to robots gone rogue, here are the best things team Hodderscape read and watched this month. 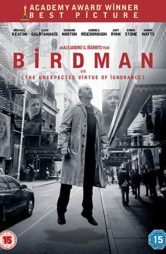 Birdman follows real-life ex-Batman actor Michael Keaton playing a fictional ex-superhero actor called Riggan through his attempt to break into Broadway by writing, directing and starring in a very serious adaptation of a Raymond Carver short story. His former feathered alter-ego won’t let him up that easily, and Riggan experiences visions of the spandex-clad winged hero throughout the opening week of his play. Pressures mount and the film gets super surreal, largely appearing as if it was filmed in a single shot, and while Riggan should be focusing on the play he’s up on the roofs of New York believing he can fly.

It’s a neat take on the life of an actor after reaching something like the heights of Marvel/DC film fame, and features lots of excellent Dark Knight-ripoff deep voicing for Birdman himself. It also led me down a deep YouTube hole of retro Batman films – this mashup of awful Mr. Freeze (Arnold Schwarzenegger) puns is truly unmissable. It’s also on Netflix at the moment. 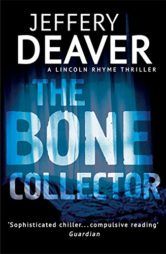 The Bone Collector by Jeffery Deaver

It’s 20 years since this published so I’m sort of late to the game (a recurring theme) but this is entirely gripping. Even though I’d read the plot from Wikipedia for work purposes I still managed to forget who the killer was, adding to my enjoyment.

The Bone Collector is full of horrifying imagery that I’ll take with me to the grave, such as skin melting off a victim who’s still alive, but the pièce de résistance is the very first crime scene, where a man has been buried alive in the dirt, his arm waving free and the skin of his ring finger stripped away entirely to reveal the bone underneath.

Perched atop is a diamond ring.

Enjoy the image. I’ve got to go and scrub my brain clean. 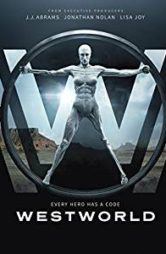 When I was Michael Crichton’s editor back in the early 1990s I was vaguely aware of the Westworld tie-in book, a screenplay with an introduction by Michael about the making of the 1973 movie which (I think) we brought in as an import from our American cousins, Bantam. Leastways I can find no UK edition of the book on Amazon. The ‘entertainment’ running amok against the human guests in a theme park? What happens when the ultimate fantasy goes wrong? I’m not conscious of ever seeing the Yul Brynner film, and by the 90s, of course, we had Michael’s Jurassic Park. Westworld was relegated to mere precursor status of the later, more famous theme park disaster movie. But the new HBO series would I’m sure have met with Michael’s approval, elaborating on the relatively simple strand of narrative in the original, showing the dawning horror of the AI’s consciousness to the fate that each day they endure at the hands of uncaring humans. Command performances from Anthony Hopkins as  Dr Robert Ford, the crazed and inspired creator figure, Ed Harris as the totally sinister, amoral Man in Black, Evan Rachel Wood as Dolores and Thandia Newton as Maeve, the last two producing a meditation on AI consciousness laced with Bladerunner-like poignancy. Much moral ambivalence, violence and sex, all tailored to an intricate plot line that twists, turns and reveals fiendishly, Westworld is a deeply immersive TV experience that I would put up there with recent series marvels like Breaking Bad and Daredevil. 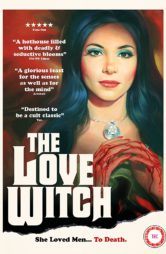 This film is what eyes were made for. Every single frame is saturated with beautiful people, extravagant interiors and fabulous diaphanous 70s dresses. Anna Biller is credited not only with writing and directing The Love Witch but also crafting the sets, costumes, makeup and even the paintings that adorn the walls. And you can tell. This film is as much about looking at things, and people, as it is listening,

The eponymous ‘Love Witch’ is Elaine, a woman so beautiful it both hurt and delighted me to look at her. She swans around looking fabulous and dreamily espousing platitudes about how important it is to give men everything they want. Despite being the embodiment of heterosexual male desire (or, more specifically, a rather outdated idea of it), she has trouble finding a man who loves her with the passion she desires. Luckily she has a few potions up her sleeve…. and that’s where she starts to get interesting.