Friday Favourites: things that are cheering us up this week 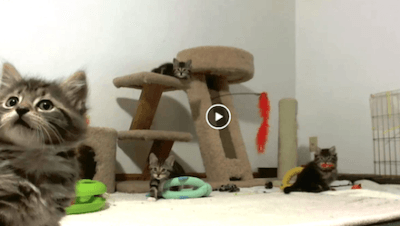 Posted on November 11, 2016 in Friday Favourites, Fun Stuff with tags

What a week. While we definitely don’t want to bury our heads in the sand, here are a few things we’ve been using to cheer ourselves up in between the apocalyptic headlines. 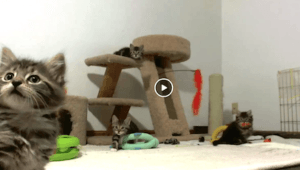 This week year has been a hard one for the world, we aren’t feeling very loved and the everything that has been going on has us feel like we’re in one-sided relationship with karma… it keeps taking and taking while never giving anything back, we think it’ll end but slowly it just gets worse and worse.

So what do I do when karma’s a *ahem*? I watch the Kitten Cam. It is literally a live feed of adorable kittens enjoying their lives and having a good time – they play fight, sleep and generally look super cute. It’s a guaranteed pick-me-up, sans the caffeine abuse. Watch in the afternoon to see maximum play-time and don’t say I never give you anything. 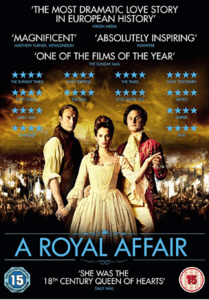 I’m a period drama addict, so when times are tough I turn to swoony romantic period pieces – movies, tv shows and books – to lift my mood. I recently rewatched A Royal Affair (though I turned it off before they all die; I’m not a monster. Sidenote: why must Mads Mikkelsen persist in choosing roles in films where his character dies at the end?) when I was having a bad day, and started reading a new Eloisa James novel (My American Duchess) on Wednesday night, having spent Tuesday night awake and watching the election returns. By Wednesday I really needed something delightful and fluffy to take my mind off the results.

In Japan, cat cafe Nekoya has sharing pictures of their furry employees in superhero costumes. My personal favourite is the very grumpy little yoda.

7th November marked N7 day, and saw the release of the new Mass Effect: Andromeda trailer. The trailer didn’t reveal much about the game (if anything, really), but I’m psyched. Plus I went onto the Mass Effect website and signed up to the Andromeda Initiative. See you in 600 years.