Friday Favourites: thing we read and watched in June

Posted on June 26, 2015 in Friday Favourites with tags Dinosaurs

When the sun comes out and the heat is on, you lock yourself indoors and spend some quality time with dragons, dinosaurs and aliens. 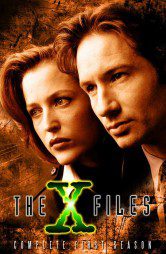 Just when the new series of The X Files is announced the great rewatch begins in the Johnson household. The behemoth-sized CD box set containing all 202 episodes arrived on a groaning articulated lorry. Peppermint tea and chocolate was dispensed and cocktail sticks wedged into eye sockets for the paranormalthon. The seeds of greatness are there in Season One (favourite episode Darkness Falls, the one with weird luminous bug creatures that weave humans, ecoterrorists and loggers alike, into cocoons), but the Second Season hits warp speed. The X Files team is disbanded, but a deep throat tips off Mulder to alien contact in a Puerto Rican observatory; flashback to Mulder’s sister alien abduction, machinery spews out bizarre computer readouts, lights flash in the sky, Mulder is reduced to catatonia, Scully to the rescue!  New character depths are achieved. Hah! This is GREAT…. Onto the second  episode: giant, half human fluke worms in the sewers… Yeuch. Entertaining and deeply disturbing all at once. Never mind Mulder, by Episode 202 it will be catatonia for me too. 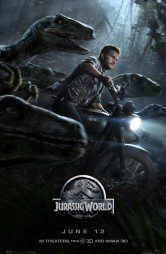 Last weekend I went to see Jurassic World. And… I didn’t like it. I’m in the minority here at Hodder, where it seems most of my colleagues enjoyed the film pretty well. And that’s fine!  I’ve been (lovingly) accused of having gone in expecting more than I should have, and that may be true. I mean, I love dinosaurs. I wanted to be a palaeontologist when I was a kid. I loved Jurassic Park (the novel) when I was 13. I loved Jurassic Park the film (also when I was 13). It’s entirely possible that I just couldn’t help but want more that mediocre acting, winking-but-ultimately-uncommitted satire, stupid heels and a fundamentally miscast Chris Pratt (THERE I SAID IT) from my big summer blockbuster nostalgia-property dinosaur movie! Whatever the root cause of my disappointment (and I’m pretty confident it’s because the film itself isn’t very good), the fact remains that dinosaurs are awesome. Let’s all go to the Natural History Museum this weekend!

The raptor squad was awesome, however, and the meme it spawned is even more awesome. It’s possible I spent a good five minutes last Sunday wrangling my personal feline raptor squad. 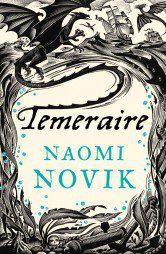 Temeraire is the first book in Naomi Novik’s Temeraire series (which I will now precede to devour the entirety of), and follows the adventures of Captain William Laurence and his dragon Temeraire as they fight for Britain during the Napoleonic Wars. Captain Laurence is great, but the real star of the show is Temeraire. Not just because he is a fabulous Celestial Dragon, but because he is a fabulous Celestial Dragon with impeccable manners and a healthy suspicion for the British legal system. He also speaks French.

This is one of the most enjoyable books I’ve read in a long time. From Laurence’s first encounter with Temeraire right through to the appendices, I read almost the entire book with a ginormous smile upon my face.

One comment on “Friday Favourites: thing we read and watched in June”