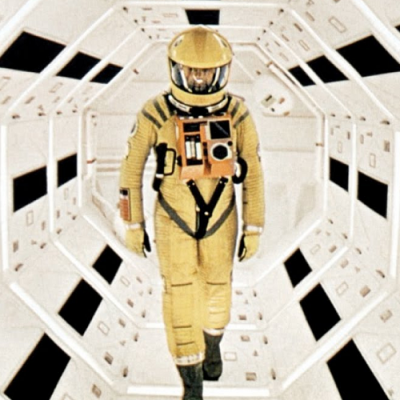 Posted on January 17, 2014 in Friday Favourites with tags Space

What is space? Are we alone in this universe? What is a space opera? Some (or maybe even none) of these questions will be answered in this week’s Friday Favourites.

The Dodo has set a difficult task this week: the request is to talk about favourite Space Opera, but no one seems to know what the term means. Originally coined in 1941  for hacky space travel yarns, and even today associated with romantic, over melodramatic SF, I’d argue that the term has more gravitas. Visiting a listing of ‘Space Opera’ on Goodreads the very first page yields some of my favourite EVER novels: Consider Phlebas, Dune, Hyperion, Foundation, Ender’s Game, works by Peter F Hamilton and Alastair Reynolds… along with the Dodo I would peck out the eye of any who dared to cast aspersions on these books. Space opera to me simply means space travel and a great yarn. Am I wrong?

Anyway, for the sake of a quiet, non-controverted Hodderscape office this afternoon, I’ll dodge further debate on whether these books are space opera or not and just plump for the beloved and incontrovertibly most ‘Space Operatic’ of all  Space Operas,  Star Wars. How well I remember that warm summer night in 1977. Haslemere Odeon, my hot date, the almost overwhelming excitement  of finally getting to see this movie everyone had been talking about for weeks. How had the world existed before without Jedi Knights, Light Sabres, Luke, Hans, The Force, the Death Star, C-3PO, R2-D2, the Millennium Falco, Princess Leia, Ob-Wan Kenobi, Darth Vader?  My companion was making strange, stifled gasping sounds next to me in the dark auditorium (nothing to do with me, honest). Indeed, I could barely stifle my own gasps of admiration.

Alas, when the lights came up and I turned in gushing excitement to her I saw not tears of wonder in her eyes but … mockery. That relationship never got off the ground but the love affair with the (early) Star Wars franchise and Prince Leia’s  cinnamon bun hairstyle has lasted ever since.

In 2001 dazzling encounters with the enormity of space are set against the mundane everyday activities of a reality where space travel is the norm.  Long shots of people jogging through space ships, bureaucratic tomfoolery and conversations about processed chicken are all shot in perfect symmetry and sumptuous colour, but are all incredibly and purposefully dull.

The truth is that if space travel were a regular thing, we might step aboard a spaceship with all the enthusiasm we bring to our Monday morning commute. When the space crew first encounter the sublime monolith, they get their photo taken in front of it (nowadays, it’d probably be a selfie).

But, when Kubrick decides to dazzle, he pulls out all the stops. Spaceships move to a majestic classical soundtrack and the latter part of the film (the Stargate sequence) is a virtually incomprehensible sequence of shots using pioneering photographic techniques.

I’ll never go to space, but the way Kubrick switches between being mind-numbingly boring and mind-numbingly spectacular in 2001 probably gets as close as anything to trying re-create that experience.

I don’t know much about space operas, but I can say that a film/series I LOVED was set in space. Does that count? I hope so, because it is the ever adored Firefly. It’s great simply because the actors were perfect for their roles and had an excellent dynamic, the poor CGI is excusable because of the budget, the dialogue was great, but honestly the stories were the best thing about it. Especially in the movie Serenity, which Joss Whedon made because he couldn’t complete the series. I am not afraid to say that Joss Whedon is amazing, and Nathan Fillion makes an excellent Captain. My favourite episode of the series is Out of Gas, definitely worth a watch!

The Fifth Element has to be one of my favourite films ever, and it’s delightfully space-bound. It’s set in the twenty-third century, which is – as the futures in films often are – charmingly old fashioned. It’s a future where you can blitz on perfect eye make up by Chanel from a handheld device, but one where Steve Jobs was clearly never born.

So why is it such a good space opera? The Fifth Element has characters to root for and weep over. Mila Jovovich (Leeloo) is gorgeous, she’s vulnerable, she’s all-powerful, she’s the Fifth Element. She eats her own bodyweight in chicken, pulls off a bizarre white bandage ensemble, struggles with the very nature of the human race and refuses to let anyone use her. Bruce Willis (Korben Dallas) is in full Yippee-kay-yay territory, only this time as a taxi driver in space. He’s bored and lonely in his tiny futuristic flat, and would have continued to be for the rest of his life if Leeloo hadn’t crashed through the roof of his taxi. And so begins the space adventure to collect the stones (the Four Elements), combine them with Leeloo (the Fifth Element), and save the day. As every good space opera should have, there’s a baddie to despise. Gary Oldman’s Jean-Baptise Emanuel Zorg is the weapons dealer also searching for the Four Elements, but with less honourable intentions. He leaks oil from his hairpiece and nearly dies at the beginning of the film by choking on a maraschino cherry. Stay classy, Jean-Basptise.

It’s directed by Luc Besson, and is a decidedly French production, which is possibly the reason I love it so much. There’s something so endearingly barmy about the French imagination.

At the heart of the whole film, there’s an underlying current that Leeloo is learning what it means to be human. It takes her right up until the end of the film to get there, but thankfully she has Korben Dallas at her side to help:

Leeloo: Everything you create, you use to destroy

The Fifth Element is so good that I named our family cat Leeloo. Now if that’s not an endorsement for a film, I’m not sure what is.