Twist and turn and surprise is over and over again, oh plot.

In honour of our twisty new space thriller The Forever Watch, we’re picking out our favourite plot twists for this week’s Friday Favourites! Tell us your favourites in the comments section below! A warning: the entries below are brimming with spoilers!

Anyone who has read Stephen King’s brilliant apocalyptic pressure cooker of a horror novella would be expecting the film to have the same bleak, ‘fade to black’ ending. Frank Darabont, the writer and director of the movie (and peerless adapter of The Shawshank Redemption and The Green Mile) had other ideas. In the novella, a New England supermarket has been suddenly surrounded by the eponymous mist and pitiless Lovecraftian monsters, stranding a rag-tag ensemble of characters. All life is here, including the good, the bad and the downright barmy. What’s certain is Death is OUT THERE where the half-glimpsed creatures in the mist make short shrift of anyone foolish enough to leave. David Drayton eventually escapes in a car with his son and others. The mist and monsters go on and on. Humanity is screwed. As they rest up at an abandoned  motel overnight, David hears a possible hopeful message on a radio; there MIGHT, after all,  be a safe haven out there in the devastated world.  The end.

But in the movie David escapes, runs out of gas, realises that the monsters will soon catch up with his little group, so shoots his son and three other survivors with the last four bullets in his gun. He then steps out of the car shouting for the monsters to come and get him. Instead of giant praying mantises or walking squid, the National Guard emerge from the fog armed to the teeth with tanks and flamethrowers. Who knew, humanity won! David’s group was only two minutes from rescue when he shot them! Possibly the bleakest and profoundly shocking movie ending ever (though I’m also partial to the twisty paranormal endings of The Wicker Man, The Others and The Sixth Sense, natch!)

The 90s were a great decade for twist endings – The Usual Suspects, The Crying Game, The Sixth Sense, to name but a few – and being a child of the 90s, I feel a little like I’m betraying my roots by choosing a film from the 1970s. That said, the ending of Martin Scorsese’s brilliant Taxi Driver never fails to blow my mind. Why does the film end with essentially the same shot it opens with? What does Travis Bickle’s panicked glance into the rear-view mirror mean? Is the letter from Iris’ parents written in Bickle’s handwriting? The simplest explanation is that we’re finally getting concrete proof that it all took place in his head. But that’s what makes Taxi Driver such a compelling film: there is no easy answer to explain the twist ending – if it even is a twist ending.

But we’ve all seen The Sixth Sense, right? If you haven’t, avert your eyes (and also, where have you been for the last 15 years?!)

Bruce Willis is the psychologist treating Haley Joel Osment, a scared child who sees dead people. He initially thinks the child is hallucinating, but as the film goes on it becomes clear that her really is communicating with the dead. And then – in the twist of all twists – we find out that (shh) Bruce has actually been dead the whole time.

Yes, it seems obviously now, but it blew my mind on the first viewing! 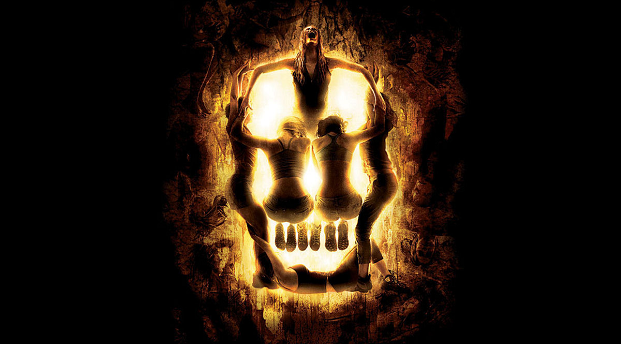 I really can’t bring myself to give any spoilers away because I watched this tale of a caving expedition gone terribly terribly awry without any forewarning and it was one of the most intense film experiences I’ve ever had – the person I sat next to may still bear the nail marks to prove it.

Though there is one twist that is particularly memorable (not preserved in the US version, so don’t watch that!), the whole of The Descent is full of gasp-inducing plot manoeuvres. The plot doesn’t so much as twist, as plummet into a claustrophobic nightmare scenario that pushes its all female cast beyond their limits. Then, just when you think it’s over… you’re thrown right back into it again. 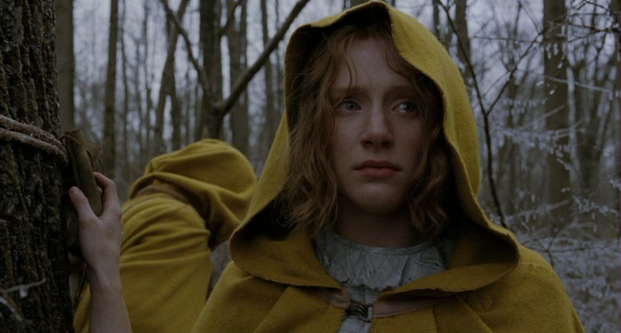 2004’s The Village by M. Night Shyamalan is one of my favourite surprise ending/plot twists.   If you haven’t seen it then basically it tells the story of a village (what a surprise!) at the turn of the 20th century that are being terrorised by unknown monsters in the surrounding woodland.    I remember really enjoying the film in the cinema but one of the main reasons I like it is because I guessed the twist almost immediately unlike my friends who I saw it with. The film brings back that lovely smug feeling I got when I first saw it aged 14 which might be why I like it so much.   So the twist that is revealed at the end of the film is that the village actually exists in the present day and was founded by a group of people who decided to opt out of modern life.   The “monsters” in the woods were created by the founders as a way of keeping the villagers from straying out of the village perimeter.  I don’t think the film got rave reviews and probably not worth a watch at all now I’ve ruined the ending but The Village is my Friday Favourite this week.

Twist endings are always fun, that moment where you realise everything you thought you knew about the story has been turned on its head. I have to say that Saw is up there with the greatest of twists! You watch the entire film, thinking it is good for a budget film, but nothing spectacular – you think it is pretty obvious who the evil mastermind is… (Ben from Lost)! At the end, you have something happen which is so epic that it completely changes your idea of the film. I would reveal it, but if you haven’t seen Saw that would probably ruin it for you! If you haven’t already seen the first film, I would definitely recommend it – let the game begin!