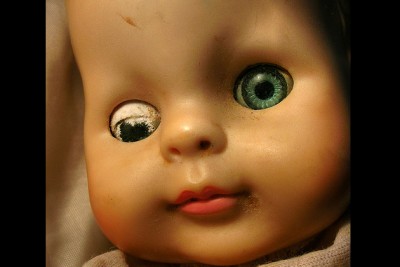 Posted on October 24, 2014 in Friday Favourites with tags Horror

We all have phobias – today, the Hodderscape team opens up to share theirs.

This is a weird one, I know, so bear with me: when I was very young, an uncle told my mother a story about a girl who contracted malaria from a mosquito and 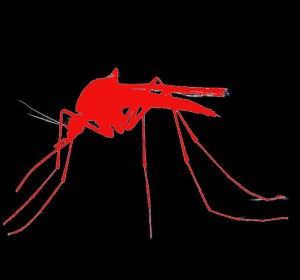 died. Unfortunatley, he did so overa family dinner. I listened in wide-eyed horror as he went into lurid detail, and (being really very young and impressionable) took from the experience a single lesson: mosquitoes are the bearers of painful, disgusting death. And, in my mind, the bigger the mosquito, the more painful and disgusting the death.

Unfortunately for young me, mosquitoes happen to be pretty common.What’s more, I lived in a part of the world  where crane flies – which are totally innocent but look like huge mosquitoes – are also very common. I spent a good two years of my childhood being terrified of the big, friendly, bumbling, mosquito-eating crane flies purely because I was certain they were literally  out for my blood. 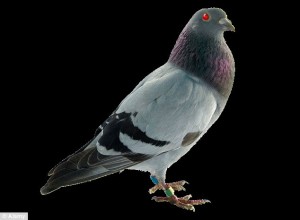 One, of many, things I am afraid of is pigeons – I hate them!  I cannot walk anywhere near them which can prove to be a real problem living and working in London where they all appear to spend all of their time. It’s something about the flapping and their dirty, miserable colouring I can’t bear and I also can’t stand “they’re more scared of you than you are of them” – this is simply not true!  My fear became rationalised mere weeks ago when I was walking down the street, minding my own business, and I spotted a crowd of them mingling in the middle of the narrow pavement.   I immediately knew there was trouble ahead. I did my usual body tense, awkward side-step to avoid them just at the point when they decided to take off. One clearly didn’t calculate my height correctly and flew straight in to my face. I screamed and froze, he flew away and my fear was justified. 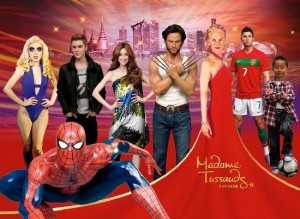 I am really, really, really scared of waxworks. If I walk into a museum and see a lifelike figure as part of an exhibition, I break into a cold sweat. Even the mere mention of Madame Tussauds makes me nervous – if anyone tried to drag me in there it would be kicking and screaming.

For context, it all started when I was about eight and on a school trip to the steam train museum in York. There was this huge room with models of people dotted randomly around, so you would turn round and unexpectedly come face to face with a waxwork train conductor or soot-covered boy. Needless to say, it was the stuff of nightmares, and I ran outside practically hyperventilating. And so the phobia was born.

Wow, this feels less like a Friday Favourite and more like a therapy session. But there you have it… Things that scare me: waxworks. 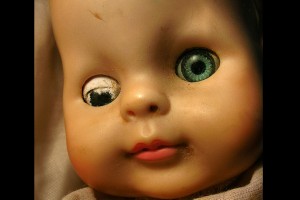 Any movie or book with evil children or, worse still, possessed dolls. So naturally I won’t be going to see Annabel, the prequel to The Conjuring. What baffles me is why anyone would have that thing in their house even if it wasn’t possessed?! I haven’t seen the like since the clown toy in Poltergeist, when that classic horror cutaway technique revealed the empty chair on which the demonic looking clown had been sitting just moments before. You knew something bad was coming.

Annabel is the definitive creepy doll, in a completely different league to Child’s Play’s Chucky… he’s comical in comparison!

Clowns. It has to be clowns. There is something extremely disconcerting about that painted face. I have no idea where the fear came from, but considering how many other people have told me they also don’t like these supposedly ‘friendly’ and ‘fun’ creatures (yes, creatures) I don’t have a fear that I am somehow weird for being scared of them!

The sheer number of times clowns have been used in media to scare people shows just how terrifying they are. I once decided to be a hero and watch the clown episode, ‘Everybody Loves A Clown’, of Supernatural in the dead of the night… on my own.  I’m not one to be scared so I wasn’t exactly quaking in bed with the sheets up my eyes, however I was slightly more uncomfortable than I would have been if it were any other episode.

I was going to include a picture with this, but all you need to do is type in clown on Google images and every single picture is TERRIFYING.

I’ll give myself some credit, I want to face my fears, so on the to-watch/-read list is Stephen King’s It. Good luck to me.