Posted on April 17, 2015 in Friday Favourites with tags

This week we moved offices. As you can see our new lair is rather swish, and (aside from receiving death threats from Hachette Hawk) our move has been remarkably unhorrible. No demons hiding in the walls. No mysterious locked doors. No creepy neighbours. It’s actually rather disappointing. So we thought we’d share some of our own moving horror stories. 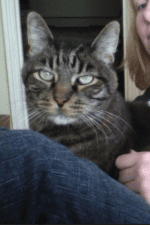 The Tiger Who Wouldn’t Behave

I have so many. The first, possibly most horrific being that I moved ten times in two years. Ten times. I basically lived out of boxes and suitcases for two years. It was down to some weird grad school stuff which is not worth explaining, but essentially I bounced around addresses in California, moved to Chicago, bounced around addresses there, moved to Connecticut, started dating someone who lived in London, helped him move house in London, went back to Chicago, moved around Chicago a bit more, then came back to London.

Moving that much is murder. I had a couple of boxes of books, clothes, and letters, and some sentimental objects… and my cat.

Ah, my cat. His name was Mr Pickles, and he was my constant companion for 18 years. I got him as a tiny half-pound kitten when I was 13, and he sadly passed away a few years ago, having survived all that moving (and every drama I went through in high school, college, and my post-grad career). He was more than a cat – he was a legacy. Anyway, when I first moved from San Francisco to California I flew, and I had to fly him with me. The vet gave me a sedative for him, but it didn’t work. Now there’s something you have to know about Mr Pickles: he was unusually large for a cat, and he was a giant coward. Anyway, security made me pull him out of his kennel and walk through the metal detectors with him in my arms. I managed to extract the hissing, growling, spitting, not-remotely sedated monster out of the carrier and manhandle him through the metal detectors; the moment my foot hit the rubber matting beyond the metal detectors, however, he let out a mighty howl and burst from my arms to take of running down the terminal. Two security guards and I chased him down while people watched, laughing and pointing (this was, happily, in the days before camera phones were common). When I finally caught him and started walking him back to security, someone stopped, stared, and then shouted ‘what is that, a tiger?’

He was a big cat. 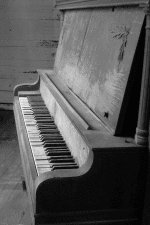 A word of advice. If you are moving house and you own a piano, do not try and do the furniture removal yourself. My piano isn’t a real one but an ancient electric one which, due to its age, is approximately as heavy as an actual piano, ie. REALLY FREAKING HEAVY. I have moved house four times since I’ve been living in London, and it took me three of those four attempts to finally learn my lesson. For move number three, I hired a man and a van, thinking that would do the trick. The man barely spoke a word to me all day, but after he and I had, between us, manoeuvred the piano up four flights of winding staircase – literally the hardest thing I’ve ever done –  he turned to me with a face of thunder and said: ‘Next time, two men.’ I listened. 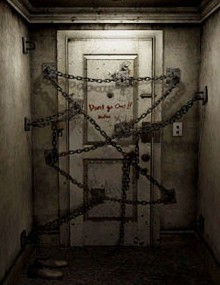 When I moved into my current flat, I was quite emotional already because I LOVED my old flat, I just had to move because the commute to my new job was unbearable. I had gone to the flat to pick up the keys before starting the move the next day, and the agent then left me there to wait for my boyfriend to turn up. I wandered from room to room (which didn’t take long as there are only two rooms) inspecting the grime (there was a lot of grime) and messing with fitting and fixtures etc. I tried the living room door, which as it turned out wasn’t actually attached to the frame. I then went into the bedroom and tried that door, which happily closed quite firmly…. And then the handle came off.

I was trapped in the bedroom. I had the following options: 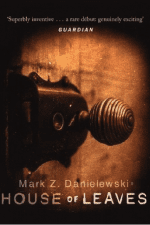 I don’t really have any good moving horror stories. Only the banal horror of looking on as my boyfriend’s parents gradually realised the depth of my disorganisation and my aversion to hoovering underneath things. Alas, no horror story (though if one of my moving helpers had been allergic to dust it might have come close).

Nobody wants to hear about my clutter, so I’m going to cop out and say House of Leaves which is a really really creepy book involving people moving into a new house. Thankfully I’ve never had to endure such horrors, but maybe next time.