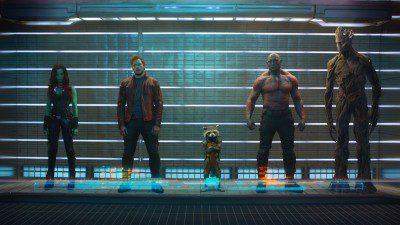 Posted on May 8, 2015 in Film, Friday Favourites with tags Marvel

From superheroes to, uh, some more superheroes, here are our favourite Marvel films. 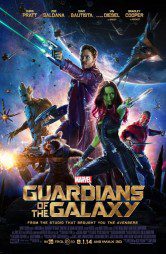 Guardians of the Galaxy

Many a geek friend has reflected that this movie is the best Star Wars movie since… err… the first three Star Wars movies! Featuring pin-sharp dialogue, top humour, non-stop action and a beloved set of characters you will want to hang out with (including Chris Pratt from Parks and Rec!) what’s not to like? Oh, it’s impossible to stop quoiting from it once you’ve started: 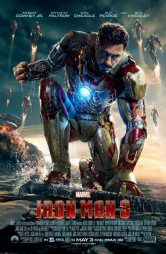 There are loads of films out there that are based on Marvel characters, but for the sake of sanity, I’m going to base my favourite today on the Marvel Studios output, which is Iron Man 1-3, Thor 1 & 2, Captain America 1 & 2, The Incredible Hulk (the Edward Norton one), Avengers 1 & 2, Guardians of the Galaxy, and… I think that’s it. Marvel Studios also produce Daredevil, Agents of SHIELD and Agent Carter, but they’re not films so they don’t count for the purposes of today’s exercise.

Of the above films, my favourite is easy: Iron Man 3. A darker and more mature take on the Iron Man myth than Favreau’s earlier two films, it takes into account the events in the first Avengers film, particularly how they affected Tony Stark. (Short answer: not well.) Iron Man 3 also incorporates one of the most interesting modern Iron Man storylines from the comics, the short Extremis arc by Warren Ellis, which was a game-changer in the comic universe. And it’s written and directed by Shane Black, who previously coaxed a brilliant performance out of Robert Downey Jr. in the tragically underrated Kiss Kiss Bang Bang, one of RDJ’s first major film roles after getting out of prison.

Obviously these are compelling reasons to like Iron Man 3 – but is it really so good as to become someone’s favourite? (Short answer: yes.) As I mentioned, the script is excellent, equally funny (‘don’t shoot! Seriously, I don’t even like working here. They are so weird.’ ‘Mom, I need to call you back. Something magical is happening.’ ) and dark (Tony has serious, serious PTSD, you guys.) – and it finally gives the beleaguered Pepper Potts her moment in the spotlight, when she (spoiler) saves everyone. Iron Man 3 merrily subverts tropes left, right and centre (is there any better villain reveal than the Mandarin’s?), features some awesome action set-pieces (Iron Man saving all the flight attendents) and provides a satisfying conclusion to the journey we began with the first Iron Man, even going so far as to feature a flashback cameo by Shaun Tob’s Ho Yinsen, the doctor imprisoned alongside Tony in Iron Man, who helps him develop the prototype arc reactor and sacrifices himself to save him. Where Iron Man ends with a rousing statement of identity and intent (‘I am Iron Man’),  Iron Man 3 ends with the same line, now so pregnant with meaning it basically drips.* At the end of Iron Man, Tony Stark is joyfully affirming his secret identity without caring much about the consequences; by the end of Iron Man 3, he’s made peace with the fact that ‘Iron Man’ isn’t just a cool superhero alter ego – it’s the fundamental aspect of his being.

*There’s quite a lot to be said about the identity politics of Iron Man 3, honestly, but I’ll leave that for another day. 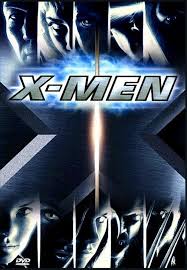 Now, I like a moody superhero adaptation where there’s lots of rain and people have an unhealthy preoccupation with street cleanliness (okay, I may just be referring to Daredevil), but I also like me something fun and entertaining and in which Hugh Jackman is forced to wear a leather jumpsuit. I’m not objecting to the Fassbenderful recent slate of X-Men films, but they can be a bit serious. X-Men (2000), on the other hand, is a whole lot of fun. The ratio of quips to action is on point. The cast is on fire. The scene is set for a long and happy franchise. And what’s not to love about a school packed full of people with awesome powers? Nothing. 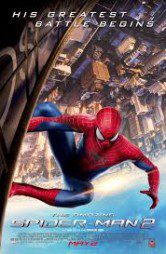 Having not seen Guardians of the Galaxy yet (shocking, I know), my favourite Marvel film is Spiderman 2.   I remember thinking it was really strange making another Spiderman series so soon after the Tobey Maguire films but the more recent ones are SO much better!    This may be partly to do with my love for Andrew Garfield (and Emma Stone) but the main reason I love Spiderman 2 is Electro – one of my favourite villains to date.