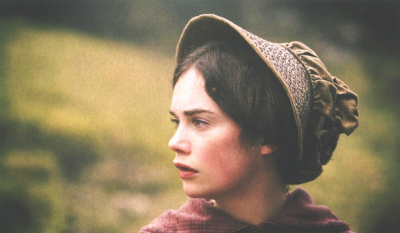 Posted on October 11, 2013 in Friday Favourites with tags Hodderscape Team

Last week we picked out our favourite book-to-film adaptations, this week it’s onto literary heroines! What insights will you gain into the Hodderscape team in this week’s installment?

Tell us your favourite literary heroines in the comments! 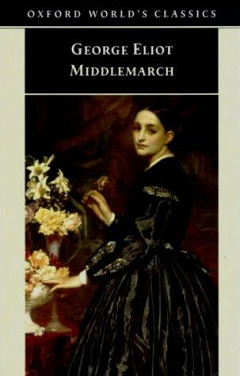 What bookish, idealistic teenager can fail to fall for Dorothea?  Not me, back in the day. Middlemarch might have been a course text book but Dorothea, a saintly young woman intent on making every kind of wrong-headed life decision based on all the right, altruistic reasons, made me forget this was study and instantly appealed to my equally dreamy, unrealistic nature. I seemed not to notice that Middlemarch is a work of searing, almost surgical realism that skewers human self-delusion like no other

Dorothea spurns the easy route, rejecting the conventional marriage opportunity to a wealthy landowner, choosing instead the bookish, controlling Edward Casaubon, a man so frightened of criticism he will never finish the magnum opus that Dorothea hopes to assist him on. So controlling that when the the marriage cools and she is attracted to their younger companion, Will Ladislaw, it’s an attraction that will eventually see her cut from her dying husband’s will and thus miss her chance of financial independence.

Dorothea’s is the life of an idealist brought down by the social conditions of her day. As Virginia Woolf said, Middlemarch is one of the few novels ever written for grown ups. We see the waste of Dorothea’s potential and realise that is what often happens to dreamers – but we are there all the way on her painful, vicarious, yet uplifting journey. 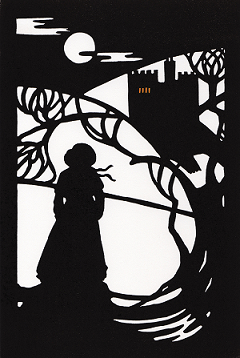 Far and away, one of my all-time favourite female characters, in all of literature, is Jane Eyre. Jane Eyre’s one of my favourite books, one I return to time and time again, and not because of Mr Tall Dark ‘n’ Broody. Nope – it’s Jane, Jane, Jane all the way. She’s a deeply internal character – which explains why the book has never been adequately adapted to another medium; we see everything from Jane’s perspective, and we hear her voice throughout, but only because we the readers are privy to her vibrant , albeit private, thoughts. But those thoughts! We meet Jane first as an angry child (and when I say angry, I mean furious. Young Jane is one of the angriest characters found in 19th century literature.) and we see her develop into an outwardly calm, practical, principled young woman – but we know that, however calm she may appear, inside Jane is as overwhelmed by her thoughts, her feelings, her desires and her insecurities, as any eighteen-year-old. That said, I don’t just love Jane because she’s complicated. Jane Eyre’s one of my favourite characters because she demands respect… and because she earns it – from the other characters, and from us.

“I can live alone, if self-respect, and circumstances require me so to do. I need not sell my soul to buy bliss. I have an inward treasure born with me, which can keep me alive if all extraneous delights should be withheld, or offered only at a price I cannot afford to give.”

Karou, Daughter of Smoke and Bone (2011) trilogy by Laini Taylor 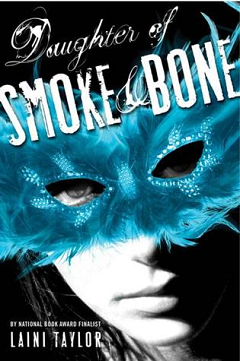 I wasn’t going to talk about one of our own books, but I can’t help it – I love Karou from Laini Taylor’s Daughter of Smoke and Bone trilogy. In a story full of magic, angels and monsters, she is wonderfully ‘other’ but also beautifully, devastatingly human. One of the things that is so special about this series is how completely it absorbs you when reading, so much that the rest of the world seems to stop – and a big reason for that is that every emotion Karou is feeling is so intense and so real that you feel it in your gut.

I love that she is simultaneously kick-ass and vulnerable, I love how fiercely she cares about her friends, and of course I love that she has blue hair… 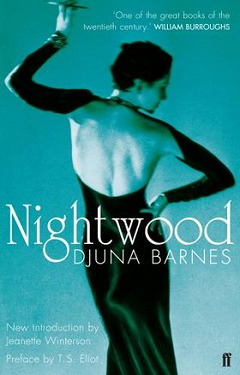 “Robin was outside the ‘human type’ – a wild thing caught in a woman’s skin, monstrously alone, monstrously vain”

Robin Vote is the defiant mystery at the centre of Nightwood. She’s a criticism of the Manic Pixie Dream Girl trope before it even existed. People are drawn to her mystery and try to project their desires onto her, but the closer they get the more they suffer. Robin spends the whole novel searching for a freer, more sensual existence, a quest which sends her in the opposite direction of the path society has laid out for her. Robin is selfish, deliberately obscure, and sometimes grotesque  – inspiration for us all!

Robin doesn’t want to be a mother or a wife, or even someone’s lover. The novel begins with her marriage  to the false Baron Felix Volkbein who only sees Robin as a vessel through which to transmit and uphold the bourgeois traditions of old European nobility. She rejects their marriage and motherhood, and departs to America and then to Paris where she begins series of increasingly aloof romantic entanglements. Eventually, she realises that every form of love, whether it’s socially sanctioned through marriage, or a more subversive form, is a manner of containment. One of her lovers realises towards the end of their relationship, “I thought I loved her for her sake, and I found it was for my own”.

Robin gradually rejects all human relationships and the novel ends with one of the strangest final scenes in all of literature. Robin kneels before an altar in an abandoned church, gets down on all fours, and begins to imitate a dog. Robin’s retreat into bestial existence is her final renunciation of human society.

Shirakawa Kaede, The Tales of the Otori (2002) by Lian Hearn 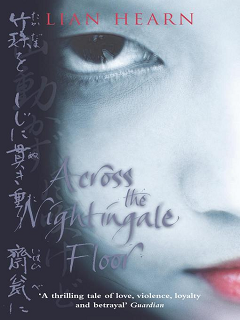 Shirakawa Kaede from The Tales of the Otori has to be one my favourite female characters, these books were my favourites when I was in my teenage years – especially Across the Nightingale Floor. Kaede started off being used because she was beautiful and eventually she kills the most powerful man in the Three Countries (a fictional feudal Japan) with a needle and then claims her cousin’s and her father’s lands for herself – making herself the most powerful woman in the Three Countries. She then rules alongside her husband, making a fair and just political system for their citizens. Kaede does go majorly crazy when she finds out her husband had a child before they got married and sets fire to their family home, killing their servants and family friends, but she does feel bad about it later – so it’s forgivable, right? Maybe not, but she is a powerful, kick-ass female character none the less.