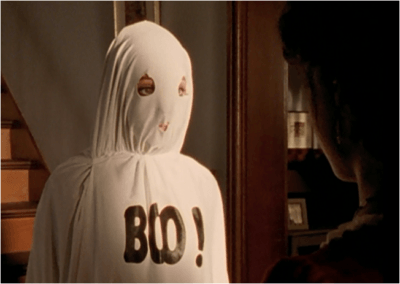 Ghostbusters has hit screens, and while we do advocate the exorcism of harmful ghosts bent on mass destruction – there are a few ghosts we’re rather fond of. So today we’re showing our appreciation for ghosts.

The Black Dog of Newgate 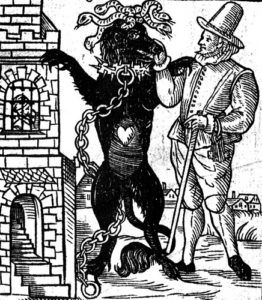 The best ghost in London is also its creepiest – the black dog of Newgate, an inky black shape that appears on a wall inside a quiet residential cul-de-sac near St Paul’s Cathedral, in the City of London. The wall now backs on to the Old Bailey, but it used to form the boundary of the notorious Newgate Gaol, and prisoners were walked alongside it on their way to the gallows. One version of the story about the dog is that it was the devoted pet of a man who was incarcerated hundreds of years ago – the unfortunate owner happened to be in Newgate during a famine, so was torn apart and eaten by his fellow prisoners, and now the angry spirit of his dog roams the area. Another version has it that the dog was the familiar of a practitioner of the dark arts, who was incarcerated and hanged at Newgate. Either way, it’s said that the black shape will appear once in a while, turn its burning yellow eyes upon you, and then slither away. I think it’s the idea of the thing slithering that really gets me. //shudder

The ‘ghosts’ from Conversations with Dead People, Buffy the Vampire Slayer 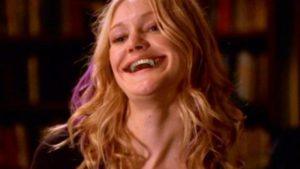 One of my favourite episodes of Buffy is Conversations with Dead People, which features five different stories woven into one plot. The scariest strand is Dawn’s visitation from the ghost of her mum, Joyce. Well, it’s not really her, but it definitely seems that way at first. Dawn’s busy getting pizza on Buffy’s clothes and being a bit obnoxious – as is her way – until she hears a lot of banging on the walls, and the electronics go on the fritz. Dawn believes a demon has hold of her mother’s spirit, and tries to cast it out, but behind her we see flashes of Joyce laying on the couch as she was when she was discovered dead in I Was Made to Love You/ The Body.

Willow’s hanging in the library until she’s approached by dead girl Cassie, who claims to be speaking on behalf of Tara. She’s not, of course, and the moment Willow realises this is creepy indeed.

And Jonathan, along with Andrew (Tucker’s brother), is back in Sunnydale to dig up an artefact in the high school’s basement. Andrew’s busy being visited by the ghost of his friend (and object of desire?) Warren, and he ends up murdering Jonathan.

All of these ‘ghosts’ are actually different guises of The First, and this pay-off is so damn juicy. The Scoobies are completely undone in one night, and we come to understand the power of this season’s Big Bad.

Willow in Buffy the Vampire Slayer 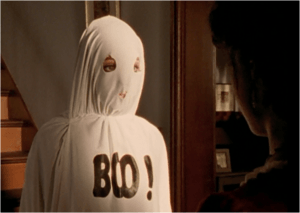 While Willow’s previous Halloween costume was rather fashion forward, her last-minute ghost cover up is one of television’s cutest moments. And, when the town’s costume supplier turns out to be a sorcerer who’s turning people into their costumes, this turns out to be one of the more useful subjects.