Now, we wouldn’t swap any of these for our Mums, but these fictional mothers are pretty awesome…

Cersei Lannister from Game of Thrones 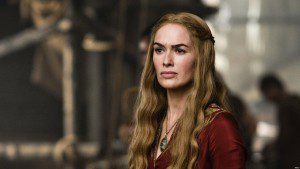 Anyone who mothered Joffrey Baratheon has got a lot to answer for – it’s sometimes easy to forget that there are two relatively ‘normal’ children born of Cersei’s incestuous relationship with Jaime, Tommen and Myrcella. Cersei’s pysch profile reads like an extract from Myra Hindley’s rap sheet: controlling, power mad and cruel. Our pals at Westeros.org suggest that Cersei’s only redeeming feature is her love of her children, but this is in effect merely part of her narcissism:  ‘she seems to love Jaime and the children more as extensions of herself than anything else, and can turn on them suddenly: while she protects her children fiercely from any others who would harm them, she provides them with little in the way of sound guidance or consistent discipline, and can react abusively when they defy or disappoint her’.

There is that defining  scene in King’s Landing’s Godswood when Ned Stark, after a little genealogical research,  confronts Cersei over the bastardy of her children. She doesn’t hold back from revealing who Joffrey’s real father is, nor from telling him what Jaime did to Bran when he caught her and her brother in flagrante in Winterfell. Ned gets fair warning that her candour spells trouble for him: ‘When you play the game of thrones, you win or you die. There is no middle ground.’

Catelyn Stark from Game of Thrones 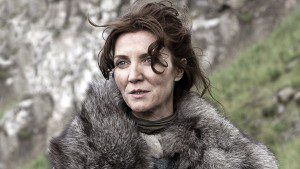 Catelyn Stark is the third most talked-about mother on Game of Thrones, which is too bad: she’s brilliant. She may not be the Mother of Dragons (which, I grant you, is really sexy) or the Mother of Pure Evil  (I mean, really, Joffery is pretty darned bad), or the Mother of Seriously Weirdo Stuff (like her sister Lysa), but she’s also my pick for the best mother in the series: there’s nothing she wouldn’t do for her children, including fighting an assassin off by grabbing his knife by the blade. That is badass. I don’t want to spoil anyone who’s not caught up on the books or tv show, so I can’t say much more about her story. But Catelyn the character is something rare in fantasy fiction (and fiction in general) – a good woman and a good mother. 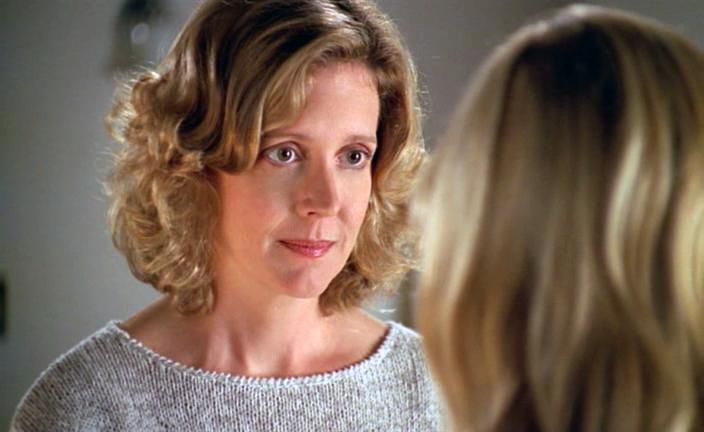 Like everything that is good and wonderful about Buffy, Joyce isn’t what you expect. She could be total nag, spoiling the slaying fun with boring Mum stuff – but she’s not! Yes, she does tell Buffy off quite frequently, but you can always completely sympathise with her. Her relationship with Buffy is one of the most powerful parts of the show, and I don’t think any television episode has ever destroyed me quite like ‘The Body’. Joyce is also a total bad ass, chasing off vampires with an axe, hanging out with Spike and even getting to kiss Ruper ‘Ripper’ Giles. 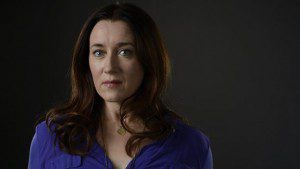 My favourite fictional mother of the moment (technically a foster mother, but that totally counts) is Siobhan Sadler, aka Mrs S, in Orphan Black. You start off thinking she’s just a tough but good-hearted woman who took in Sarah and Felix as children, but *SPOILER ALERT* then you find out she is SO much more than that, with secrets stretching back decades and some serious skills with a shotgun. I can only imagine what else we’re going to discover about the mysterious Mrs S in season 3. 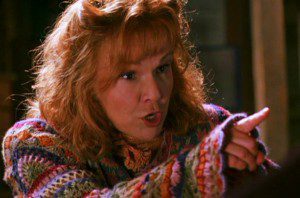 She’s a very maternal kind of mother, and even takes Harry in as one of her own. But she also kicks ass! Don’t mess with her family (Belatrix) or she’ll turn into a ferocious force of nature and give you a good wand whipping!

The Hodderscape Team is a motley assemblage of Hodder & Stoughton's SFF fanatics. Our interests range from space operas to vampires, from musicals to RPGs, but we are united by our passion for the books we publish. And Buffy the Vampire Slayer