Posted on May 15, 2015 in Friday Favourites with tags Game of Thrones, Harry Potter

Today it’s the International Day of Families so we thought we’d share our favourite fictional families! Turns out ours aren’t just international, they’re extraterrestrial, magical and some of them are even dragons…

The Jones Family from the Indiana Jones series 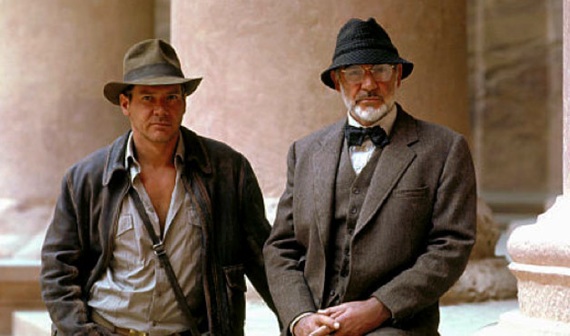 Who knows whether this counts as family – or even whether it should – but I’m taking it anyway: Indiana Jones and his father, Henry Jones, Sr. Everywhere Indy is brash and irresponsible, his dad is measured and controlled. But, as it turns out, they’re both fundamentally the same: in love with the ideas and the artefacts of history, even if they respond to them differently. INdiana Jones was one of the great characters of 1980s cinema, and adding in Sean Connery’s Henry Jones gave Indy depth he lacked. And I love a good father/son adventure, so who better to pair Indy with than a nerdy James Bond? Bonus points for the fact that both characters look great in tweed. And they’re both so quotable: ‘You don’t remember?’ ‘I wrote it down so I wouldn’t have to remember.’ (That line’s pretty my my personal philosophy in a nutshell.)

I am not even going to pretend that Crystal Skull is a real movie that actually happened, or that ‘Mutt’ is some sort of cannonical Jones boy.

The Clone Club in Orphan Black 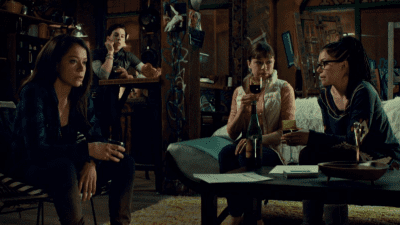 Not exactly a conventional family, but if genetics is king then you can’t get much more familial than Orphan Black’s Clone Club. The bizarre/awesome thing about the Clone Club members is that they are brilliantly distinct characters – wild child Sarah, uptight soccer mom Alison, geek-chic scientist Cosima, and, you know, Helena… – but are of course all played by the same actress, the ridiculously talented Tatiana Maslany (she’s so good that I genuinely forget this is the case about 97% of the time).

Oh and spoiler alert… the family expands in significant and dramatic ways in season 3!

Alana and Marko’s family from Saga 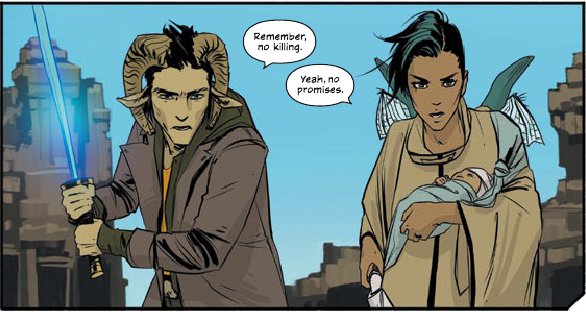 Saga is a space opera about warring extra-terrestrial races, inter-planetary strife and despotic monarchs with television screens for heads, but it’s also, at its heart, a family drama. Alana and Marko are two lovers from warring races who have a baby that threatens to undermine the very foundations of the feud between these planets, and they spend the series trying to find a safe place to establish their family while fleeing from the authorities. Suffice to say, these things are never easy and they find themselves hopping from planet to planet chased by eight-legged assassins and the aforementioned television-headed monarchs. But, in amongst all this they have to deal with everyday family dramas like living in your parents’ house (or, more specifically, tree spaceship), finding a babysitter (who is also ghost) and dealing with wandering affections (for purple-skinned ballet teachers).

The Targaryen/Drogo family from Game of Thrones 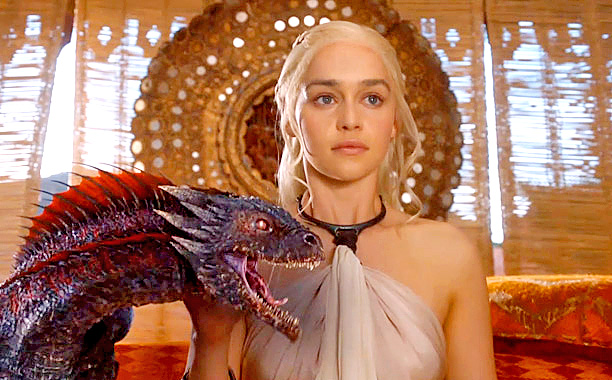 I have to go with the Targaryen/Drogo clan from Game of Thrones as my favourite fictional family. How can you beat the mother with dragon babies and her gargantuan husband (who I once bumped into at a Comic Con and got a smile from… *swoon*. Just dropping that in there). Despite the fantastical setting they are the typical dysfunctional family: Kids who become more unruly as they grow up – barbecuing and snacking on the locals is surely them just acting out for attention; and mother who wreaks bloody revenge on all who oppose her or object to her babies – parents’ evenings must be a tense affair.

The Weasleys from Harry Potter 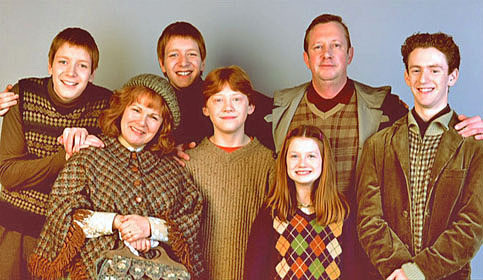 My favourite fictional family has to be the Weasleys of Harry Potter fame.  What’s not to love about a bunch of ginger wizards?!  They were always my favourite aspect of both watching and reading the Harry Potter series.   I will always have my fingers crossed for a follow up film or book about where they all are now.