The spice will be flowing in Hodderscape HQ next week when we publish our 50th anniversary edition of Frank Herbert’s Dune. But in the absence of melange, we’re tiptoeing over the line of good taste and picking out our favourite fictional drugs. 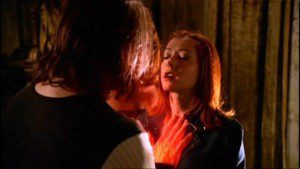 Season 6 is my favourite season of Buffy the Vampire Slayer. Because a) it’s dark b) it’s dark c) Willow gets a goth makeover.  The darkness (and the goth makeover) can be partially attributed to Willow’s addiction to magic. Magic is often portrayed as addictive, but here that metaphor is made very real – magic is dealt to magic junkies by a seedy back alley warlock called Rack. Willow get addicted and things quickly go down hill as she alienates her friends, crashes a car and, ultimately, attempts to destroy the world. Don’t do magic kids!

Iocane powder from The Princess Bride by William Goldman 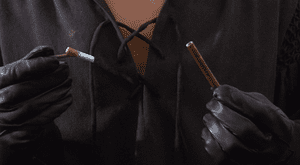 Odourless, tasteless, dissolves instantly in liquid, and is responsible for the greatest lines in cinema history:

You fool! You fell victim to one of the classic blunders – The most famous of which is “never get involved in a land war in Asia” – but only slightly less well-known is this: “Never go in against a Sicilian when death is on the line”!

Just go home and rewatch The Princess Bride, then come back so we can quote lines at each other for the next four hours. Go on. I’ll wait. 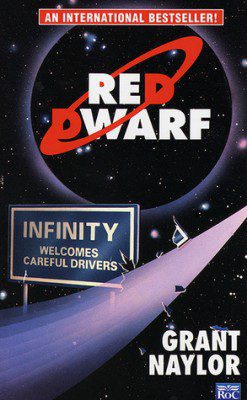 Bliss is the highly addictive drug that features in the Red Dwarf book, Infinity Welcomes Careful Drivers. It was in fact indirectly responsible for Dave Lister ending up on board the Jupiter mining ship in the first place, and eventually adrift 3 million years into deep space with a neurotic hologram, a narcissistic Felisapian and a mechanoid with a  head shaped like an amusing ice cube and a paranoid obsession with where calculators go after they die.

Bliss is so addictive that you get hooked by merely looking at it… which makes it very difficult for police to carry our drug busts. It makes you feel like a god, which is ironic as a high ‘Bliss freak’ would have trouble tying their own shoes.

Dave’s adventures all started when on a Monopoly board bar crawl in London he passed out and woke up on Mimas (one of Saturn’s moons) with no money after being robbed by a ‘Bliss freak’ who needed money for, yep you guessed it, Bliss.

So you see, an extremely pivotal little hallucinogenic. 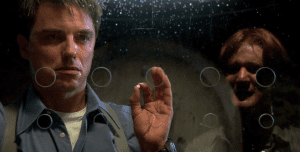 Retcon – the deus ex machina of Torchwood – is a fantastic drug. Used when someone finds out about the secret organisation – usually Gwen, or someone close to her (Rhys, their families) – Retcon makes the person taking it forget certain things, like seeing crazy, weird aliens in Cardiff, or that your girlfriend had an affair with a colleague. It’s clearly the best drug out there; who of us hasn’t done something really embarrassing where we wish the ground could swallow us whole? Instantly forget your cringiest moments with Retcon!