Posted on August 5, 2016 in Friday Favourites with tags Games

Fantasy has spawned countless board games and video games. Countless boards, dice, maps, pens, notes and cards have been broken, scratched, and lost in playing fantasy roleplaying games. Numberless are the number of cartridges, cassettes, CD’s and lines of that have carried a fantasy-inspired game. They’ve made that difficult, often degrading transition from the pages to other medium, and in the process have defied the norm and created some the most stunning and downright fun videogames and board games.

Here are some of our favourites, courtesy of all those lost dice, CDs and hours:

The Pillars of the Earth: The Board Game 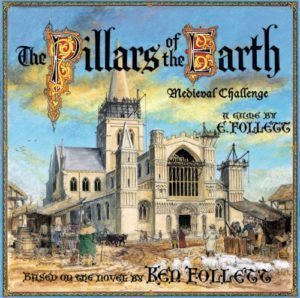 Ken Follett has sold 150 million copies of his novels, and one of his most outstanding works is all about…the building of a cathedral. Yes, that’s right, a cathedral. The whole book, one cathedral. Nevertheless, it’s a masterpiece, and much better than the previous sentence makes it sound. Charming, witty, and with an atmosphere that isn’t really seen nowadays with the prevalence of grimdark fantasy, it gave birth to a board game in 2006.

That board game, despite being about building a cathedral, is excellent. All about building resources and workers and producing raw materials, it normally takes around two hours to complete, and all the while you’ll be wondering how you’re having so much fun building a church. That has to be some kind of sin, right?

Anyway, it really does capture the novel’s tone well, with having to strike a balance between earning money and making materials, and while a bit of a strange choice, it’s a great fantasy board game.

The Witcher : The Wild Hunt 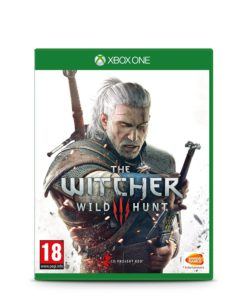 Based on the world and characters first created by Polish author Andrzej Sapkowski, The Witcher 3 is, obviously the third game in the series from the new darling of the industry, CD Projekt Red. What isn’t obvious on first glance however, is the brilliance with which the open-world game has been made. From amazing visuals (don’t even talk to me about E3 downgrades, it still looks gorgeous) to amazing attention to detail (seriously go watch a video) and great gameplay, you’ll be floored.

What really pulls you in though, what really pulls you in and hooks you and keeps you sitting there – drooling in the early hours because it’s now 4am and you’re still playing – is the story. Faithful to the original novels and with input from the author himself, the story has been praised for being one of the best ever created. Take that faithfulness, dedication to details, and combine that with interesting characters and a beautiful world, and you get…well you get lost to be honest, it’s one of the first games to really approach a novel in terms of immersion. Enjoy.

Game of Thrones – The Board Game (2nd edition) 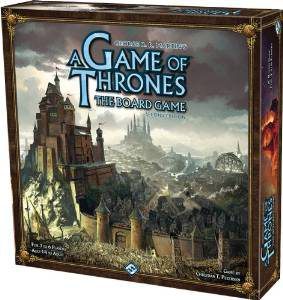 The less said about the 2012 videogame from Cyanide the better (no really, forget it existed), however the board game needs its own herald to shout it’s arrival whenever it’s brought out. Set in Westeros, the board game allows you to gather up to six friends (who may be suddenly less than friendly after the game ends) and take control of the great Houses, warring and scheming against each other.

The best thing about it is how faithfully it recreates the politics of the Iron Throne in your living room, with alliances being created and demolished in subsequent turns, people turning against each other for the pettiest amount of land, and friend backstabbing friend only to realise that the Wildling threat is still looming. It’s a little difficult to pick up, but once you do you’ll realise it’s as close as you can get to the politics and warmongering of Westeros. 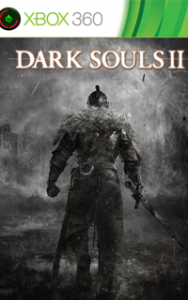 If you like pain, sweat and tears in your videogames, the Dark-Borne duo of games are for you. Hidetaka Miyazaki, the brainchild and director behind the games, grew up extremely poor and unable to understand most of the Western fantasy he was reading. So, decades later when he had the chance to make his own fantasy universe, the results are a bizarre, Lovecraftian, gothic imagining that is brutal in its gameplay. Brutal. Get used to the word, and make it a bed-mate, because there’s no way to get away from the brutality in these games. One wrong swing against the wrong enemy, one misstep, any you’re finished. Most of the world is trying to kill you, and most of the world is grim, dark, and full of terrors.

Most of those terrors are larger than you, more powerful than you, and so constant learning is required. Learning the ins and outs of the mechanics, the world, and your enemies (along with how not to die so often), is the name of the game (well not literally), and this is what makes the game so brilliant. You fail, you learn, fail, learn, and in time you come back with enough skills to triumph and kick that giant wolf with a sword in its mouth’s arse – is that not the essence of fantasy distilled? 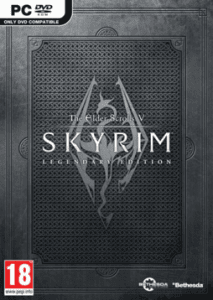 This choice isn’t exactly from left-field. Before The Witcher 3, Bethesda held the crown for open-world fantasy RPGs, and Skyrim was the latest and best of them. Set in the cold northern province of Skyrim, you choose your character from a wide range of races and types, create your character and then roleplay. You can forget the main story – it really isn’t the best or nuanced or, to be frank, that original, but the world itself bends to your will. I prefer The Witcher (can you tell?) but Skyrim still holds its charms, and the fact that several years later the modding scene is still active shows how beloved it is of fantasy fans too.