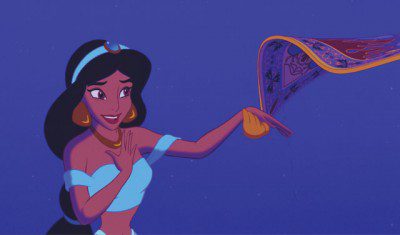 Posted on July 24, 2015 in Film, Friday Favourites with tags

Last weekend we attended the Young Adult Literature Convention with Chapter 5. Being part of London Film and Comic Con, there were some incredible cosplays, but the ones that impressed us most were the Disney princesses fully decked out in hooped skirt and flowing wigs. So we’re picking out which Disney princesses we’d cosplay as! 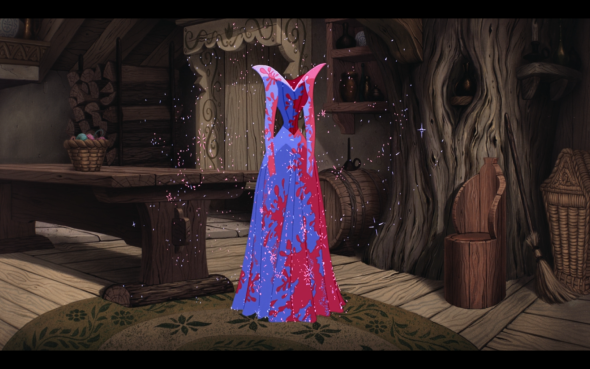 My favourite Disney princess is Belle, so there’s a part of me that would like to say I’d cosplay as her. Awesome dress, awesome gloves, awesome hair – what’s not to love?

But she’s not my real answer. My real answer is this: I’d cosplay as Aurora from Sleeping Beauty… in her half-pink, half-blue dress. Yes, she never actually wears the two-coloured dress (though it does change colours while she’s wearing it at the end of the film) but, frankly, I think Disney et al. missed a trick by not putting her in the actual pink and blue number. So that’s which Disney princess I’d go as: Aurora in that dress. That wonderful, wonderful dress. Cosplaying Anne would, naturally, traipse about with handfuls of glitter to toss around. Because of magic, of course.

(Hopefully I’d have the cake, too.)

I’m not sure I’d be very convincing, but I’m going for Mulan anyway, basically because she’s kick-ass. She goes to war to defend her father’s honour, learns how to fight like the best of the guys, and saves her love interest’s life along the way – twice, if I remember correctly. I mean, I  love a traditional Disney story as much as the next person, but you don’t see any of those other princesses doing this:

Esmeralda from The Hunchback of Notre Dame 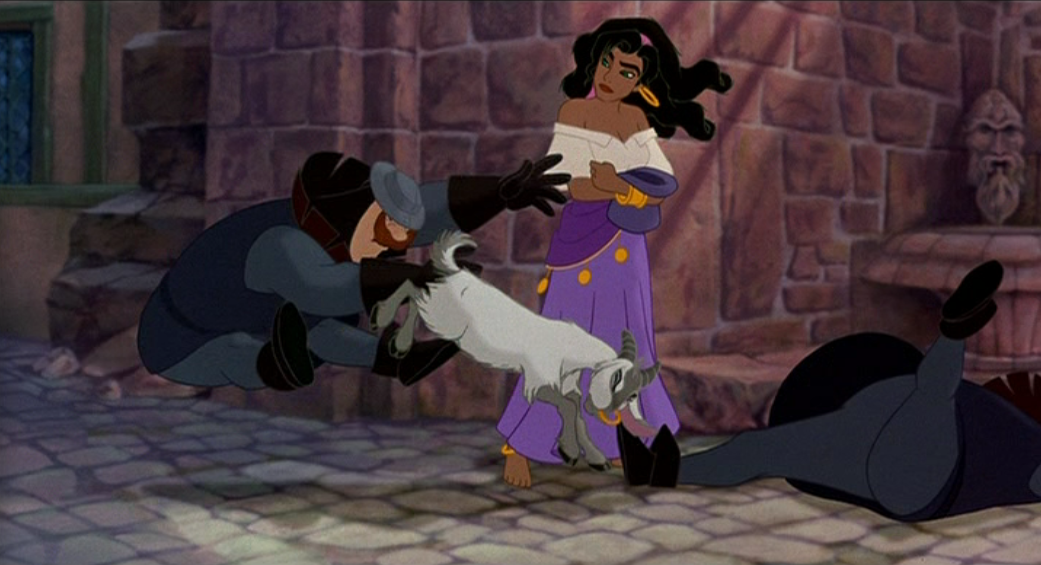 If I were to cosplay (chances of this happening: low) I would probably be incredible lazy and fashion something from my existing wardrobe – more Morticia than Disney Princess. But, once upon a time in primary school, I did actually go to school dressed as Esmerelda. I can’t really remember why, but I think it was something to do with wanting a goat and getting to wear a long black wig. I have since sorted out the long black hair, but I still want a goat. 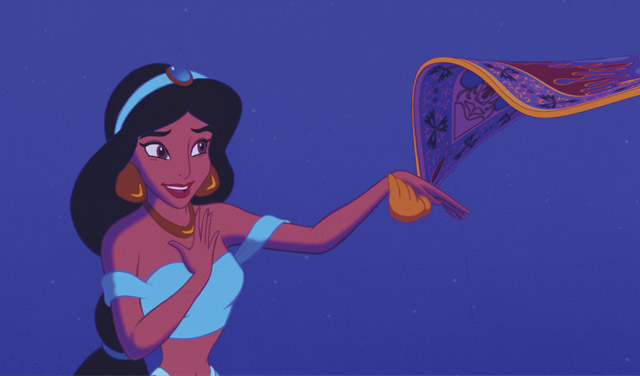 I can’t lie here, as a child I had the majority of the classic Disney princess outfits in one of my dressing up boxes (yes, that’s plural) but my favourite outfit was always Jasmine from Aladdin.  There was something I really loved about the poofy sleeves and trousers and also her long black hair.   If I were to cosplay now as a Disney princess I would for sure revisit the Jasmine outfit (probably a few sizes bigger) or maybe I’d attempt the sassy princess in blue from Frozen, Elsa.  A can of worms has now been opened –  I want to be a Disney princess!

I’d cosplay as Elsa from Frozen. I didn’t want to like the film, as I thought it was everything I usually fight against – heart-warming friendship, dull Prince types, a kooky sidekick – but this film battled its way through my snobbish defences, and a lot of that is down to Elsa. She’s cool (no pun intended), mostly independent, and she creates awesome ice palaces. She kicks ass – who wouldn’t want to cosplay as her? Plus I’d like to see what I look like as a blonde.