Conspiracies! They thrill, they chilll, they’re everywhere and they’re unavoidable. Or are they? Let’s see what the Hodderscape Team has chosen this week.

On Twitter we’re giving away 3 proofs of The Forever Watch, a deep space debut featuring a conspiracy that’s been centuries in the making. So, this week we’re picking out our favourite conspiracy thrillers. Our list contains books, films and video games. Conspiracies are everywhere. Just think about it. 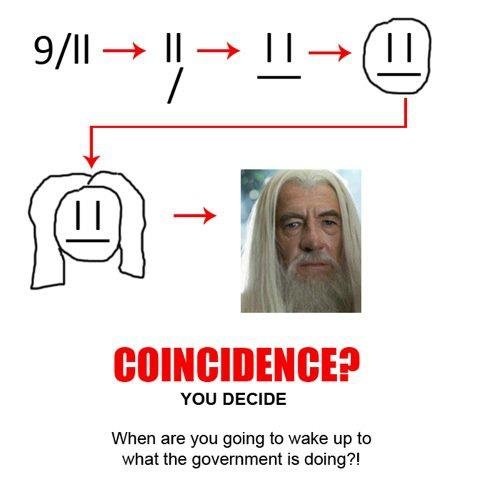 I’m a child of the 90s, which means, in terms of conspiracy thrillers, The X-Files was mother’s milk for me. On the one hand, yes, it doesn’t hurt that David Duchovny is a very, very good looking guy. But, more seriously, the show is dark, smart, occasionally funny, and very compelling. I’m not going to argue that it didn’t go off the rails after oh, about 1998. But for five years, The X-Files was appointment viewing for me – and, seriously, everyone I knew. The show hasn’t 100% withstood the test of time, but its classic episodes, everything from ‘Ice’ to ‘Triangle’ to ‘Home’, are as superb today as they were astonishing when they first aired.

The thing about The X-Files was that it wasn’t just me – everyone watched it and everyone had an opinion about it. It was a crazy little show that aired on Friday nights about a nutcase FBI agent who thought his sister had been abducted by aliens and his sceptical partner and her sceptical eyebrow and yet, somehow, it became a legitimate mainstream phenomenon. That ‘somehow’, of course, being explained in part by the excellent production values and smart writing and in part by the unbelievable chemistry between the two leads, which, zomg. But perhaps the most compelling aspect of The X-Files was summed up in its famous tagline, ‘the truth is out there.’ For whatever reason (and that’s a whole different conversation), that single line resonated with audiences desperate for certainty in an increasingly uncertain world. For a teenager looking for something bigger and better than her tiny, rural town, it certainly resonated with me. 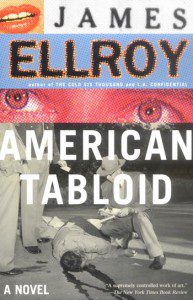 The history of any long-lived, mobbed-up editor is, perforce, one of near-unceasing conspiracy. Secret deals, quiet assassinations and payments to the Illuminati Benevolence Fund are our bread and butter. Beneath all that tweed and corduroy are souls burdened with forbidden knowledge. In my day I’ve been associated with books that told the true stories of the murders of Pope Jean Paul I and the banker Roberto Calvi;  that revealed that Christ did not die on the Cross but went off and lived to a ripe old age in the South of France with Mary Magadelene;  books that had truck with Opus Dei, the Masons, the Shining Path and Baader Meinhof; that uncovered the truth of the alien artefacts at Roswell and that can, with reasonable certainty, direct you to the hidden locations of Atlantis and Camelot and (for the small consideration of a year’s supply of Krispy Kremes) the Holy Grail.

The question on every conspiracy theorist’s lips is ‘who did it?’. Well the answer, my friends, (like in a good Poirot mystery) is EVERYONE — and in every suspicious case that ever was. Hence my partiality to James Ellroy’s magisterial novel on the conspiracy behind the granddaddy of all conspiracies: ‘Who shot JFK?’ Have your mind blown by the symphonic weaving of plot and counterplot as Ellroy lays out his outpouring of hate and suspicion; a crucible vigorously stirred by Cuban Nationalists, the Mafia, the CIA and FBI. In his book everyone is welcome to 22/11/63! You’ll be trying to untwist your brain for days after finishing it … in a  GOOD way.

The City & The City by China Miéville

The City & The City is a police procedural that spans across two cities which co-exist in the same space, and the conspiracy is uncovered in tandem with our understanding of this bizarre geopolitical arrangement. The divide between these two cities is regulated by a mysterious force called “Breach” which enforces deliberate acts of “unseeing”. Though it can’t be reduced to a parable about urban living, it does (to use a conspiracy theorist’s favourite phrase) “make you think” about the different worlds that exist within one place and the way we “unsee” the people we live alongside.

Inspector Tyador Borlú, of the Extreme Crime Squad, is called to investigate a seemingly routine murder, but his investigation lifts the veil on a sordid political underworld and a deadly conspiracy. With  bureaucratic fumblings, right wing thugs and researchers who research just a little too deep all playing a major part in the The City & The City, it plays out like a classic hard-boiled thriller. Except it involves mythical otherworldly forces…

I have chosen The Constant Gardener as my conspiracy thriller Friday Favourite.  The film is based on the book of the same name by John le Carre, that I hate to admit I haven’t read!  The Constant Gardener is the story of British Diplomat Justin Quayle trying to solve the murder of his amnesty activist wife Tessa who is brutally murdered in Kenya.  The film alternates between the present and flashbacks of the story of Justin and Tessa’s love.  Through his investigation of Tessa’s murder, Justin uncovers secrets about The British High Commission, wrong doings of a multi-billion dollar pharmaceutical company and also secrets about Tessa.  The Constant Gardener is one of those films you’re annoyed to have watched purely because you know you won’t get that first time viewing excitement again.  Having said this, I have found myself watching it over and over again. It’s a truly great film – WATCH IT!

As conspiracy thrillers go, I have to admit – I haven’t read many. I’ve done the usual reading of Dan Brown, though I Inferno is still on my to-read list, but as entertaining as they may be they still don’t quite thrill me as much as they are supposed to. So I’m going to go in a new direction my friends, gaming.

My favourite conspiracy ‘thriller’ is Assassin’s Creed II. To avoid being a gamer geek, I’m going to focus on the plot and avoid talking about the great gameplay (*cough*). The plot is full of conspiracy, it starts when the brothers and father of our protagonist (not our peripheral hero Desmond), Ezio Auditore da Firenze, are all executed in the light of false accusations. This leads Ezio on a journey of revenge and to uncover the truth not only about the murder of most of his family, but about humanity itself.

AC2 weaves historical characters into its plot, Leonardo da Vinci and Niccolò Machiavelli both feature in the story and eventually reveal themselves to be Assassins. It also includes other figures in history, Rodrigo Borgia (Pop Alexander VI) and the Pazzi family.

Honestly, when I played this game I did not want it to finish. The plot was amazingly thought-out and all the historical figures were weaved in seamlessly, literally making you excited every time you came across them. The fact that you get to have a part in the story just added to the sheer greatness of the game.