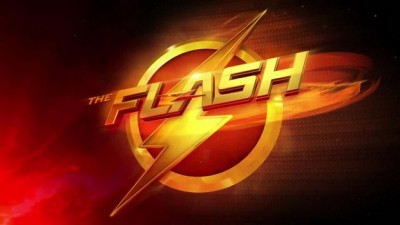 Posted on November 27, 2014 in Television with tags Television Review, The Flash

Since we all know that I love Arrow, it should come as no surprise that I watched the Pilot episode of The Flash. I’m just going to come right out and say it: the Pilot of The Flash sucked.

To be absolutely fair, I actually quite like Grant Gustin. He had a great part in Arrow that made me really excited for the premiere of The Flash. Grant is cute, likable and has a boyish charisma about him. It isn’t Grant that is the problem, it is the script and the way the show has been made. It tries to be funny, and let’s just say that it was a rookie error. What made Arrow so fantastic is the fact that it takes itself seriously, in a very Christopher Nolan fashion. The Flash is too light-hearted. Possibly a controversial point now: even Stephen Amell’s cameo was terrible. The way he jumped off of the building was awful, it looked fake and quite frankly – silly. They also tried to make him convey some form of belief in lil ole Barry (Grant), but there was no real foundation for this admiration. I’m not saying it is unfounded, but there was so little character development that I couldn’t believe it. Why in the world should I just assume that he is good and will be different from the episode’s antagonist, the awesome weather-controlling villain?

I also have a very strange criticism, I thought it was way too bright. All the colours were too vivid, it made it seem very fake. I know that is a ridiculous problem to have with a TV show, but it just bugged me!

I seem to have absolutely demolished the poor Pilot. I’m not going to write it off just yet though. I did not like the first episode of Arrow as I thought it was boring and had terrible acting (I wasn’t wrong), but I stuck with it and the show became AWESOME. So I’ll watch a couple of more episodes and see what happens, but for now this is one of those times where I can’t quite get on board.