Films to Watch at Halloween If You’re a Big Scaredy-Cat. 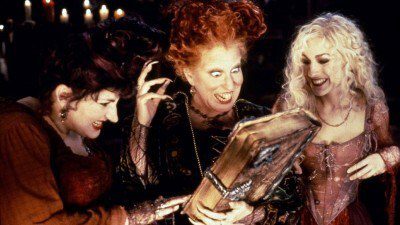 It’s that time of year, when we wear stripy 50 denier tights, drink spiced pumpkin lattes, and post Instagram photos of aforementioned attire and beverages while we wait for trick or treaters. Watching horror films is also standard practice on the 31st October, but what if Freddy Krueger gives you bedwetting night terrors?

Here are some films that will get you into the spirit on All Hallows’ Eve, without scaring the absolute bejesus out of you. Cheesy, fun, creepy, but not terrifying. 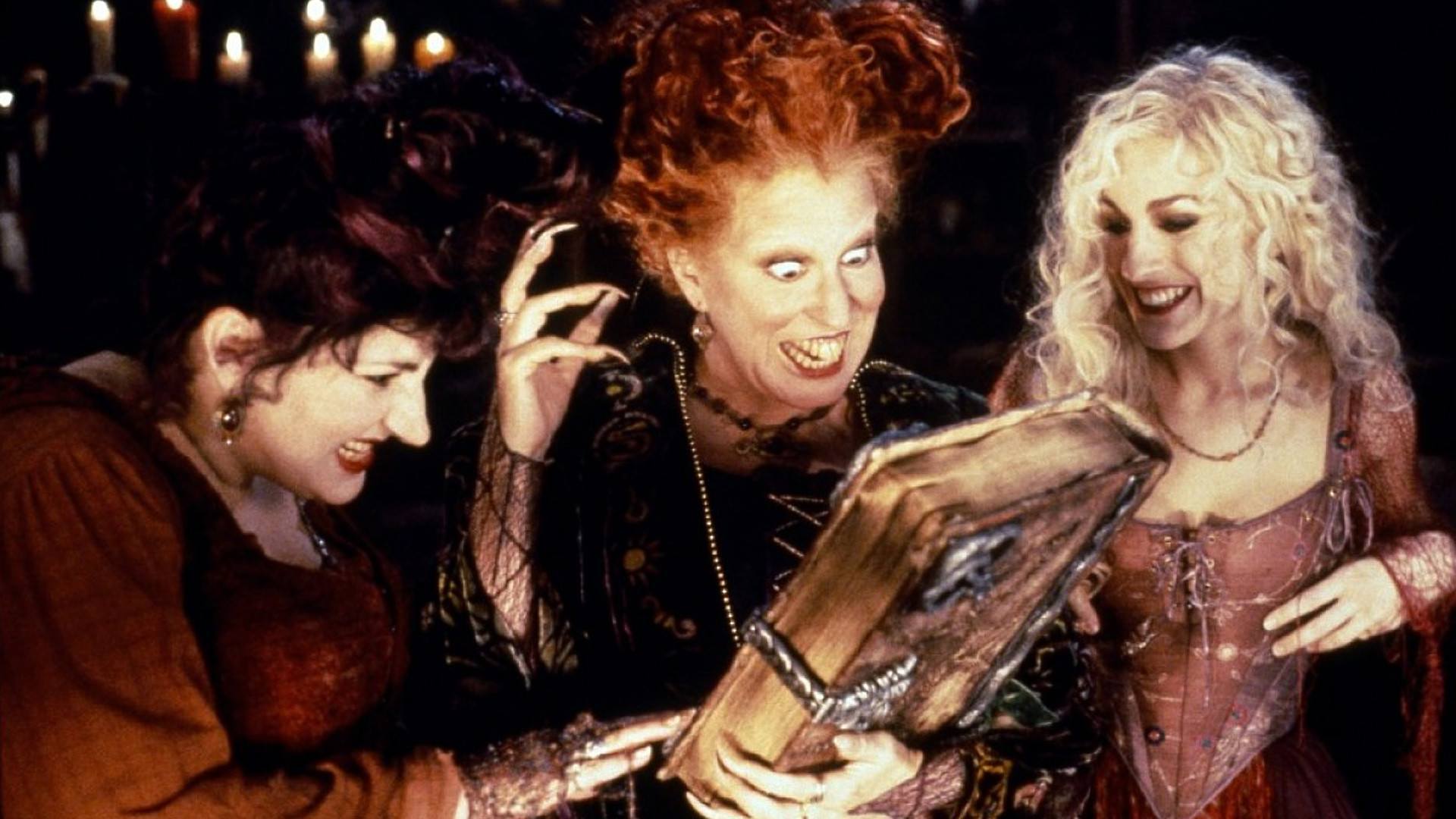 “A virgin… lit the candle.”

We’ll start with an obvious one. It’s Disney so you’re not going to be jumping out of your seat, but there are a few mild scares so you might want to scatter a circle of salt before bedtime, just in case. This film haemorrhages Halloween fun and should be watched with two pals so you can dress as the Sanderson sisters. Bagsy Winnie! 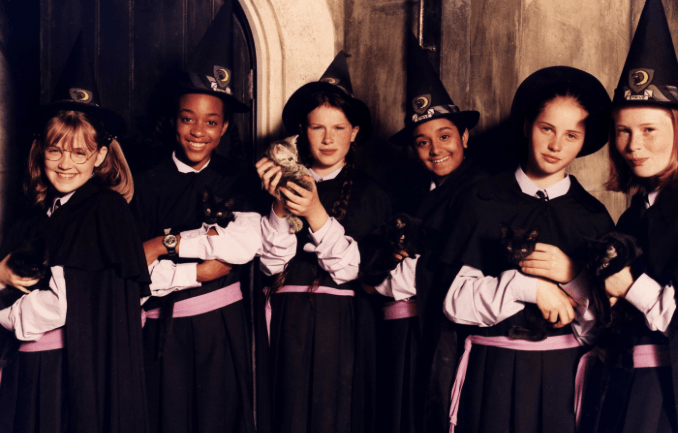 Based on the books by Jill Murphy, this is a fun watch for October. It’s one of those so-bad-it’s-good types, not least because of the green screen effects and the soundtrack, which sounds as if it were made entirely using a Yamaha PSS-260 keyboard. Fairuza Balk is lovely as the less-than-average witch who saves the day when her school is under threat, way before Harry was even a patronus in J.K. Rowling’s eye. If you’re still not sold, it’s worth watching just to see Tim Curry sing Anything Can Happen on Halloween. Has anybody seen his tambourine? 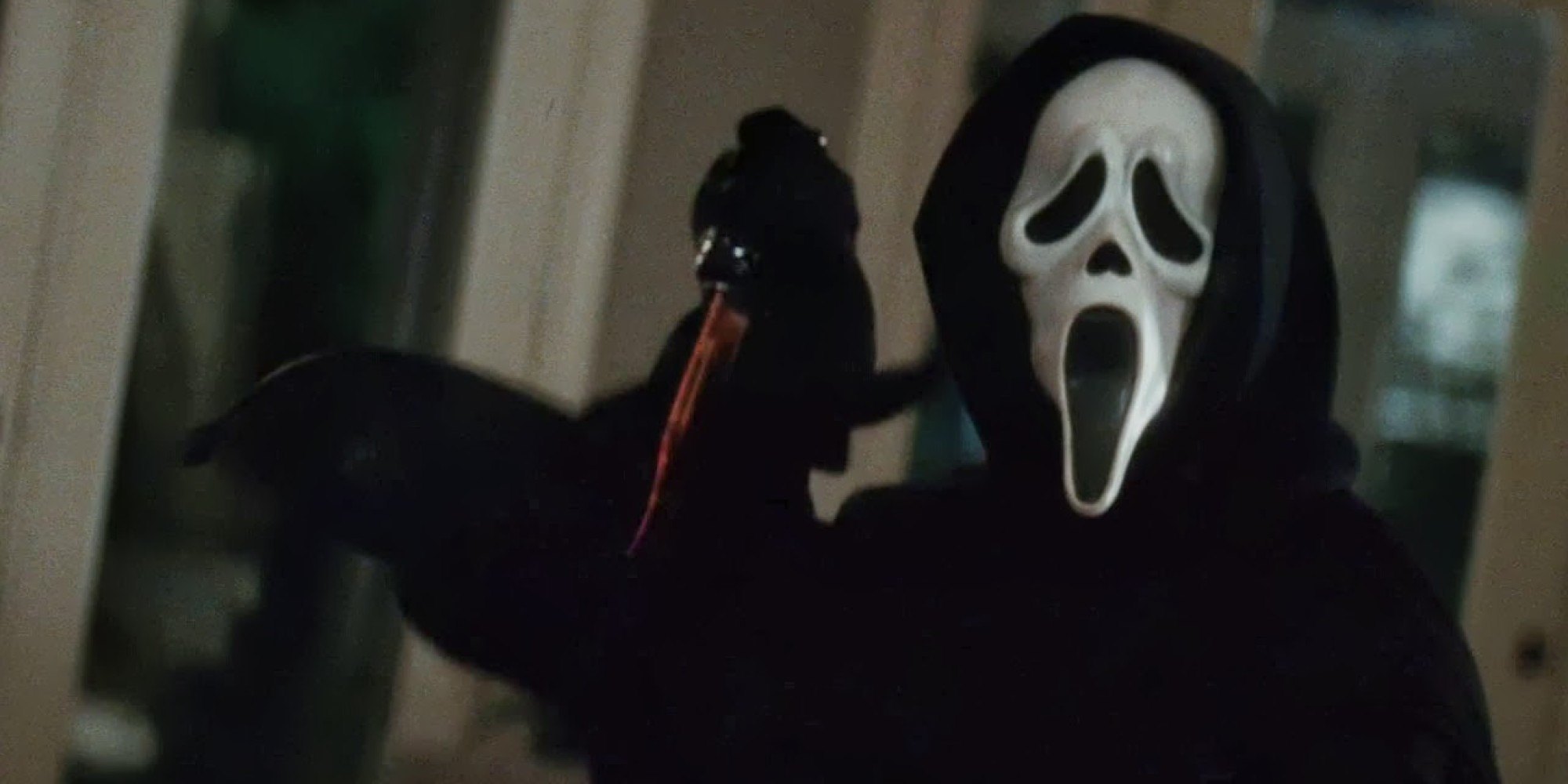 For all the bloody murders, there’s an equal splatter of smart dialogue and funny characters providing light relief so we can catch our breath before Ghostface jumps out. Check off Randy’s list of rules to see whether you would survive a horror film! Shout that anything would be better than climbing through the dog flap, Tatum! Gasp as Monica Gellar acts like a total bitch! Scream also takes us on a trip down memory lane to the mid-90s, where Randy works at a video store, Sydney suspects anyone with a mobile phone is the killer, and people actually answer their landline when it rings. Psycho classmates aside, how cool would it have been to go to a school where the actual Fonz was the headmaster? 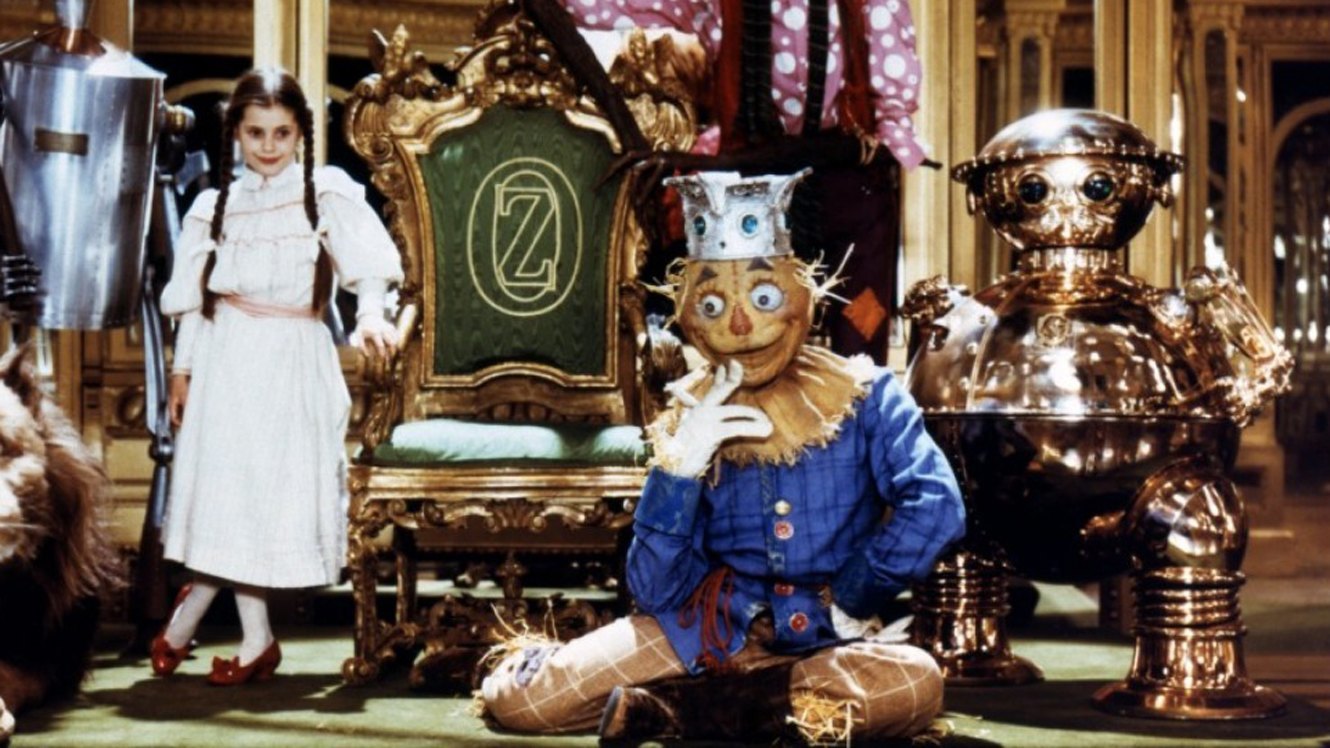 “Don’t you know that eggs are poison?”

Fairuza’s back as a book character again, this time as Dorothy Gale in her seriously creepy post-Oz phase. From the moment Uncle Henry reads the advert for ‘Electric Healing’ you just know you’re a million yellow brick miles from the MGM musical. The winged monkeys of Wizard of Oz are positively cuddly in comparison to the terrifying Wheelers. This is a Walt Disney film that’s probably more suitable for scaredy-cat grown-ups than it is for children. Close your eyes for the bit where Dorothy tries to retrieve the Powder of Life from Princess Mombi’s head cabinet. Dorothy GAAAAAAAAAAAAAAAALE! 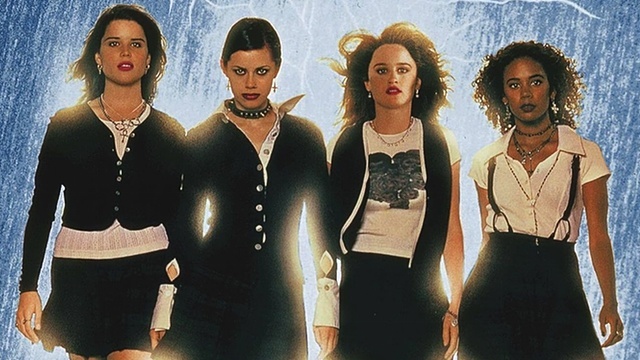 “You know, in the old days, if a witch betrayed her coven, they would kill her.”

Fairuza again, sporting a nose ring and more black eyeliner than we could shake a Superdrug basket at. The Craft is a thrill and a must for Halloween: disturbed new girl finds herself as the fourth member of the “Bitches of Eastwick”. It’s fun while it lasts as they do cool stuff like change their hair colour and walk through the school halls in slow-motion, but one of them turns to the dark side of the craft and things get a little hairy. Fairuza is a scream to watch, especially the scene where she “encourages” Skeet Ulrich to exit through the bedroom window (he had it coming). Still praying to Manon for a sequel to this one. 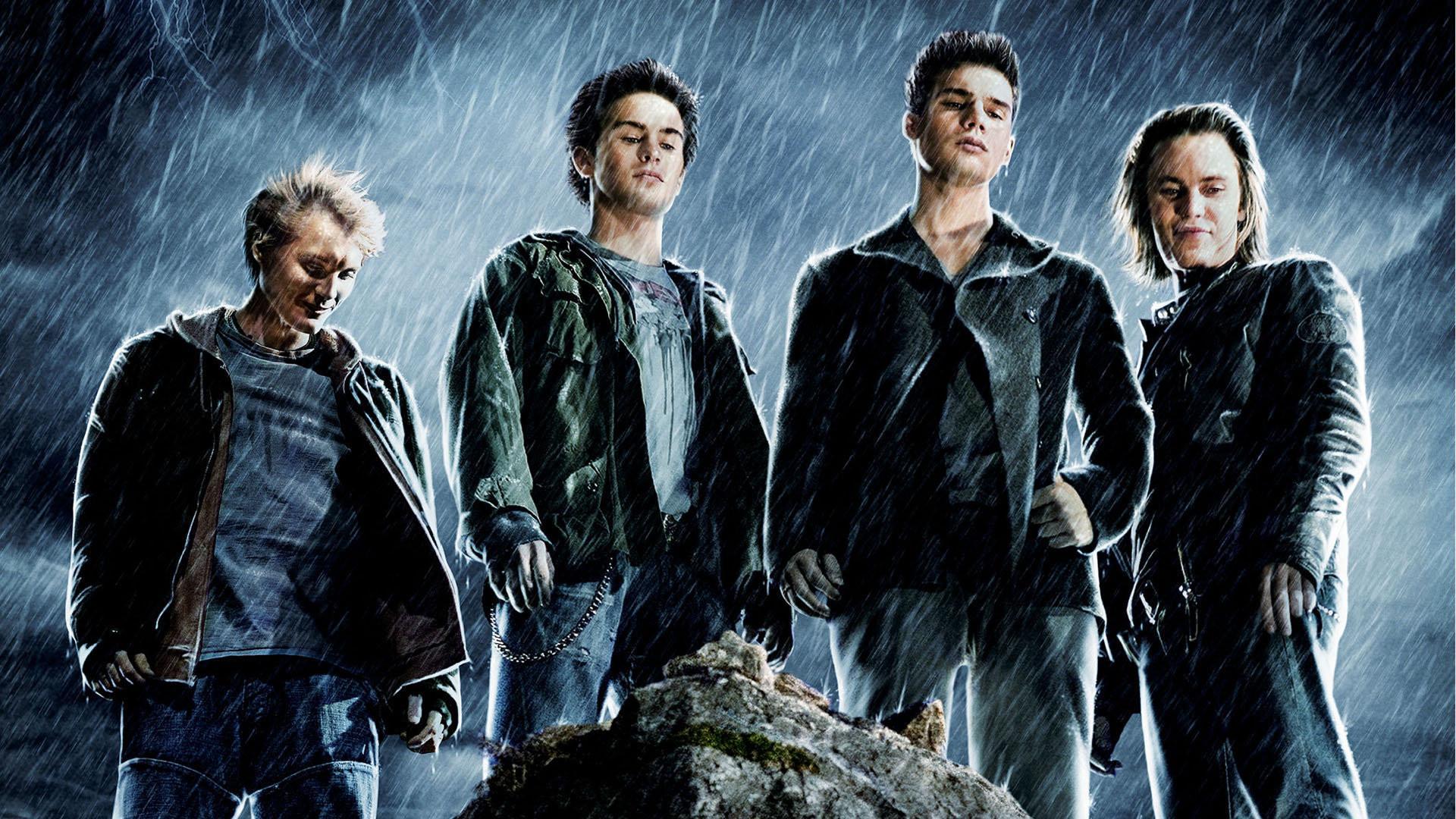 “Harry Potter can kiss my ass.”

Boarding school uniforms? Check. Party in the woods? Check. Actors in their mid-twenties playing teenagers? Check. Kind of like the hot, dumb cousin of The Craft, stick this on after a few Witches Brew cocktails, when you’re more interested in razor sharp cheekbones and very, very, kissable lips than any kind of storyline. This is a good one to end on and shouldn’t cause any nightmares. Although we wouldn’t mind Taylor Kitsch and/or Chace Crawford making a cameo in our dreams.

Merry Allhallowtide to one and all! 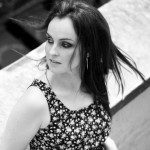 3 comments on “Films to Watch at Halloween If You’re a Big Scaredy-Cat.”