The best fictional versions of Mars

To celebrate the new edition of Aleriel: A Voyage to Other Worlds, a Victorian novel of space travel and Utopian Martians, special guests Richard Dunn and Marek Kukula will be introducing us to a few of their favourite Martian books (and films)!

Ever since W.S. Lach-Szyrma first introduced the term ‘Martian’ to science fiction in
his 1883 novel Aleriel, the Red Planet and its inhabitants have exerted an enduring
appeal for writers and filmmakers. It would be impossible to list every single fictional
version of Mars but here, in chronological order, are just a few of our favourites.

The War of the Worlds by H.G. Wells 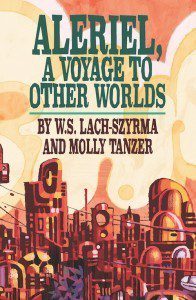 H. G. Wells’ Martian invasion is a must on any list – a story that’s spawned a
ridiculous number of adaptations, imitations and commentaries. I’m rather fond of the
1953 film in full Technicolor splendour, but Spielberg’s 2005 version with Tom
Cruise has a lot going for it. And even as I type I can hear Jeff Wayne’s musical
version (and the mellow tones of Richard Burton): ‘The chances of anything coming
from Mars are a million to one – but still they come!’ (RD)

Alexei Tolstoy’s 1924 tale begins in the Soviet Union before taking its heroes to
Mars, where they discover an advanced but oppressive (capitalist) civilization. One of
them falls in love with the princess of the title and they lead a popular uprising. It fails
and they flee back to Earth. In other words, plenty happens. But really you should see
the 1924 silent film (aka Aelita: Queen of Mars), directed by Yakov Protazanov –the
constructivist costumes and sets are simply fabulous. (RD)

Ray Bradbury’s collection of interlinked stories charts the colonisation and eventual
abandonment of Mars by humans, who, in their attempts to escape their old lives on
Earth, inevitably bring all of Earth’s foibles and problems with them. Despite huge
advances in our scientific understanding of the Red Planet, after 65 years this is still
the classic Mars novel – and in 2012 the touchdown site of the Mars Curiosity Rover
was named Bradbury Landing in honour of its author. (MK)

Yes, really. This was a British poetry movement of the 1970s and 80s (and since
beloved of creative writing classes) which runs with the idea that a visiting Martian is
trying to describe our world. It started with Craig Raine’s ‘A Martian Sends a
Postcard Home’, in which books are ‘Caxtons’ – ‘mechanical birds with many wings’
that sometimes ‘perch on the hand’. And ‘time is tied to the wrist / or kept in a box,
ticking with impatience.’ (RD)

Doctor Who, ‘Pyramids of Mars’ 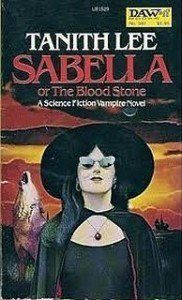 It’s forty years since this Tom Baker story was first broadcast and it still stands out as
a milestone in the series’ 52-year history. OK, so only about ten minutes of the show
are actually set on Mars, but with robot mummies stalking the grounds of an
Edwardian country house, Sarah Jane Smith wielding a shotgun and a god-like alien
entombed beneath an Egyptian pyramid, what’s not to like? ‘I bring Sutekh’s gift of
death to all humanity!’ (MK)

Sabella, or the Blood Stone by Tanith Lee

Written soon after NASA’s Viking landers revealed Mars to be a frozen and barren
planet, Tanith Lee’s characteristically lyrical tale is set, not on Mars itself, but on
Novo Mars, a world of pink deserts, ‘pearl rather than ruby’, with a breathable
atmosphere and the ruins of an extraterrestrial civilisation – ‘all the Martian dreams
that old Mars denied to mankind’. Here, in a frontier society reminiscent of
Bradbury’s Martian Chronicles, a tale of buried secrets and vampiric seduction
unfolds. (MK)

The Flies of Memory by Ian Watson

First contact with an enigmatic race of insectoid aliens goes spectacularly wrong
when the city of Munich is teleported to the surface of Mars, instantly freezing and
asphyxiating its inhabitants. Ever resourceful, Earth’s governments send a mission to
recolonize the dead city, encasing it in a pressurised dome and using it as a base from
which to explore the Red Planet. Ian Watson’s 1990 novel is packed full of ideas –
and isn’t quite as bonkers as it sounds. (MK)

For someone who wrote the seemingly unfilmable, Philip K. Dick has inspired a
remarkable number of films. Paul Verhoeven’s 1990 effort has lavish effects and
Arnold Schwarzenegger as a construction worker who’s having strange dreams about
Mars. Or is he an agent working with rebels on Mars? Or is he a double agent
working for the evil colonial administrator? As usual with Dick, the problem is
knowing what’s real. In my universe, the 2012 version was a bad dream too. (RD) 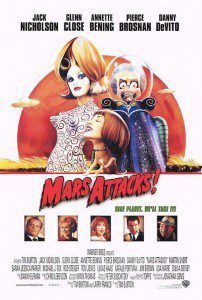 ‘Nice planet. We’ll take it!’ Tim Burton’s Martian invaders are certainly single-
minded and have a language to match – Ack! Ack! Ack! Burton’s 1996 film makes
merry with everything from Wells to 1950s’ B-movies and more. But it’s OK – Earth is saved with a song. (RD)

Richard Dunn is Senior Curator and Head of Science and Technology at Royal Museums Greenwich.

Marek Kukula is the Public Astronomer at the Royal Observatory Greenwich. He is the author of The Intimate Universe and co-author (with Simon Guerrier) of The Scientific Secrets of Doctor Who.

One comment on “The best fictional versions of Mars”