Posted on February 20, 2015 in Film, Friday Favourites with tags

In preparation for the 87th Academy Awards on Sunday, team Hodderscape take a look at some of our favourite Oscar winners from times past. Pickings are somewhat slim because the Oscars don’t look too kindly upon most of our favourites, but you can have a look at some of the great science fiction and fantasy films that were pipped to the post by their undeserving, but very serious, brethren over here. 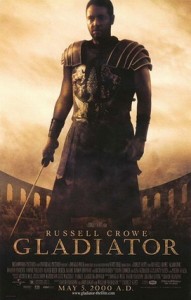 Genre-related films have fared badly at the Academy Awards. The third part of Peter Jackson’s Ring won best film, but didn’t chime as much with me as the first two parts. One thing that’s clear in my personal taste, films with big BETRAYALS and REVENGE are king: Amadeus, Casablanca, The Bridge on the River Kwai, two Godfathers, Rebecca and finally… Gladiator.  Ah! the thews, the gurning, the strutting of Russell Crowe. How we root for him to stick it to that desperate rat Commodus:  ‘My name is Maximus Decimus Meridius, commander of the Armies of the North, General of the Felix Legions and loyal servant to the TRUE emperor, Marcus Aurelius. Father to a murdered son, husband to a murdered wife. And I will have my vengeance, in this life or the next.’  Get in!

But forget the performances of Russell Crow and Joaquin Phoenix – what about the trees? Bourne Woods near my mum’s house has hosted more serious genre movies than the Oscar ceremonies themselves. Not only do they form the flaming, apocalyptic backdrop to Maximus’ Battle of Germania (the Forestry Commission wanted that batch of tress cleared anyway) but appear in scenes in Robin Hood, The Golden Compass, Harry Potter, The Avengers and Thor. Give those trees some respect… and a golden statuette! 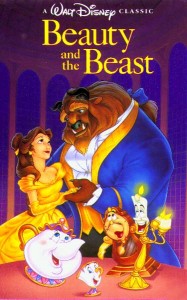 Beauty and the Beast

Clearly I have to choose Beauty and the Beast, which was the first animated feature to ever be nominated for best picture and has been one of my favourite films since I first saw it, way back in November of 1991. (I know.) I’ve talked about it before, so I won’t bore you with the technical stuff. It was, at the time, pretty much everything I wanted in a film: huge, beautiful, gorgeously animated, full of songs and adventure and featuring a weird, bookish heroine who longed for excitement. As a weird, bookish girl stuck in a small town myself, to say I identified with Belle is an understatement. But beyond that, every nomination and win for B&tB felt like a win for me. So I got super invested in the Oscar race that year; it was the first time I ever watched them live (in part to see the actors perform the songs live).

Beauty and the Beast lost Best Picture to The Silence of the Lambs – which I’d also read and seen and loved, though in a very different kind of way. Unlike other Best Picture losses, B&tB’s loss to Silence isn’t one I can bemoan, because Silence is a damned good film. But I might still occasionally begrudge Silence for not coming out a year earlier, to keep Kevin Costner’s mustachioed Dances with Wolves from winning Best Picture in 1991. 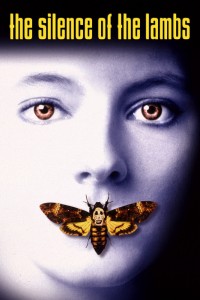 The Silence of the Lambs

Like most people whose favourite films usually involve lots of violence or vampires kissing each other, I don’t usually see my favourites winning big at the Oscars. Or even winning little. Or even being nominated. But the year that Silence of the Lambs won the Oscar for Best Picture, people were clearly thinking straight. Taut and tense, with amazing performances from Athony Hopkins and Jodie Foster, its hypnotic and terrifying horror at its very best. It also gets blame/praise for the plethora of chin stroking über villains on TV at the moment, and the wonderful trainwreck that is Hannibal the TV series. 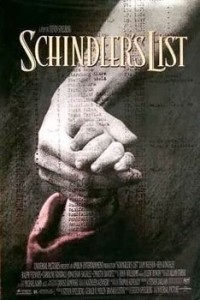 I was going to go for Chicago because, you know, it’s me and it’s a musical… But I don’t in all honesty believe that was really an Oscar-worthy film (it was good but not truly great) and I cannot possibly choose it over something as exceptional as Schindler’s List.

I first saw Schindler’s List, as many ‘90s teenagers probably did, during a history lesson at school, and I remember it as the first film that felt physically painful to watch. I’m the kind of person who cries at every emotional film, but I couldn’t cry at this one – it was way beyond that, and we all just sat completely still and silent for the duration of the film, and several minutes after it ended too. 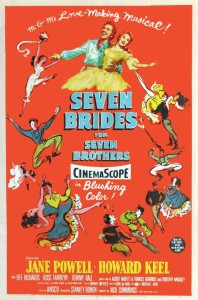 My all-time favourite Oscar winning movie is Seven Brides for Seven Brothers which was nominated for Best Picture in 1955.   It didn’t win that category but did win the Best Scoring of a Musical Picture.   It may be an odd choice against all the modern epics (many of which I also love) but I have adored this film since I was tiny – it was one of my Grandad’s favourite films and always brings back great memories when I watch it.   If you like musicals then this really is MUST SEE!
– Ellie