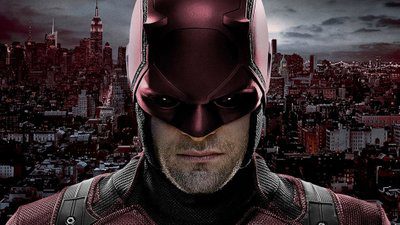 Overnight comes the desperate news that Netflix have cancelled the fourth season of Marvel’s Daredevil. After the cancellation of Luke Cage and Iron Fist it should come as no surprise, but to many of us Daredevil was by far the strongest of the four franchises of the Marvel Netflix Universe. Its loss will hit the hardest. It was the oldest in comic book terms, therefore the most established, the most iconic. There are new Netflix seasons to come of The Punisher and Jessica Jones, but these now seem like doomed survivors– it appears that Disney, with their own TV streaming channel to come in 2019, and seasons of Loki, Scarlet Witch, Falcon and the Winter Soldier set for release, are clawing back their ownership of Marvel properties and IP.

These  new shows may very well delight us: all these characters have fascinating agency in the Marvel Film Universe, all have development potential (the Winter Soldier even BECOMES Captain America in the comics after all),  but they will do very well to match or exceed either the first or the recent third Daredevil series which, to me, are the pinnacles of streamed TV.

Superhero shows should have plenty of action, and in this Daredevil never disappointed. It had some of the most memorable, ‘hallway’ fight scenes in all TV, one in each series (actually only the first was in a hallway;  the second was in a stairwell, the third in a prison). But the show was never just about fighting — especially in the third season when Matt Murdock was mostly shorn of his powers. It was about moral choices, doing right in a bad world, exploring the human doubts that come when might is used to right.

It was the human vulnerability of the character, the air of slightly hysterical religious suffering that gave the series a dark Catholic Gothic vibe (the rather sepulchral Father Lantom, the church with its tortured stained glass windows, shadowy tombs and statues of suffering saints and angels all added to this). And, in our hero, we had the Christ-like reluctance to harm, the bad conscience of using violence to stop violence: all these were so finely etched on Charlie Cox’s masked lips, nose and even forehead (when we were allowed to glimpse it unmasked). Yes, there was so much edge in that performance and the edge was given greater piquancy in Matt’s everyday interactions with the, at first, unknowing Karen and Foggy. Titanic accounts of these two by Deborah Ann Woll and Elden Henson.

However for any superhero show to be successful we need a great super villain and that was what made series One and Three so good. Season Two had the mysterious Hand and their giant hole in the middle of Hell’s Kitchen, but 1 and 3 had Wilson Fisk, immensely performed by Vincent d’Onofrio. Diffident yet brutal; chilling yet refined; murderous but kind — the type of man who would crush a gangster’s head in a car door then go and fix an omelette aux fine herbes whilst listening to Bach.

I’m going to miss you, Daredevil. 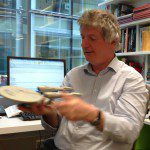