Dracula: Best of the Best 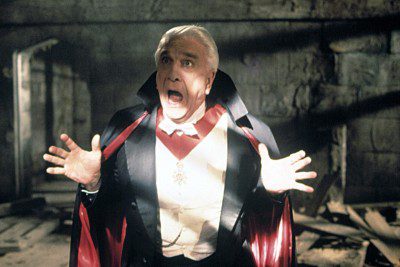 Posted on April 1, 2015 in Film with tags Vampires

Forget Edward. Roll your eyes at the turgid bromance that is Angel and Spike. The vampire to end all vampires is the vampire who started it all: Bram Stoker’s Dracula. Today we’re checking out (yes, like that) the five best Dracs to ever grace the screen… and rating them. Because this is the internet, and that’s what we do.

Okay, so Dracula’s lust for maiden blood and obsession with spreading the undead curse doesn’t make him ideal boyfriend material. He is also described as having a smile that ‘Judas in hell might be proud of’ but if you look past these slight imperfections he is actually rather handsome.

So, for your delectation I have compiled a list of the most eligible Draculas over the last 70 years whose brooding looks make you go weak at the knees. There is no time to lose, have a scroll through to see who has made it to the top of the hotness stakes (HAR!) 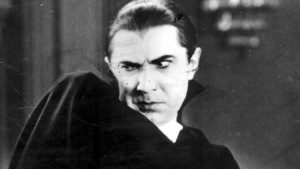 That penetrating gaze, the slicked back hair and rouged lips, how could you not find Mr Lugosi’s Dracula gorgeous!?

If you ignore the blood-splattered side of his face you can see that his concerned look in this picture shows that he would be a caring boyfriend. He would always text you back and wouldn’t let you go to sleep upset after a fight.

80’s rock band The Bauhaus obviously thought he was quite the lad as they even wrote a song about him which you can listen to here;

Only problem is he might be a bit over-protective and you’d probably have to get used to being watched as you sleep. Nevertheless it worked out okay for Bella Swan and her vampire lover … 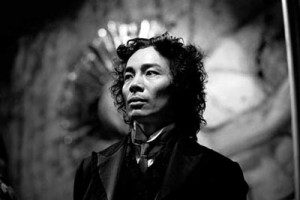 Show me a girl who wouldn’t swoon at these cheekbones! Any girlfriend of Wei-Qiang’s Dracula would be able to stare into his deep brown eyes throughout eternity as they enjoy immortality together.

His thoughtful side-look also suggests he’d be quite the intellect and I’m sure he would read you Byron’s love poems as you fall asleep. Zhang is also a professional ballet dancer so would have no trouble professing his love through interpretative dance.

Though you must be warned that luscious black hair would need some upkeep and most of your monthly household budget would be devoted to haircare products. 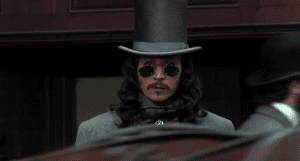 We’re going for a more mature Dracula over here at number 3 and how could any young maiden resist such a jaunty hat!? His perfectly waved hair and beautifully combed moustache also adds to his allure. It is clear from his impeccable fashion sense that this is a man of the world and would be quite the gentleman. So if you love roses being sent to your door and sonnets written about your complexion then this Dracula’s your man.

My only reservation is that he does look rather Johnny Depp-esque so there is the danger that Tim Burton might third-wheel your whole relationship. 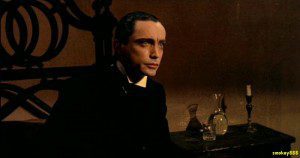 Be still my beating heart! His eyebrows are ON POINT and can those green eyes be more mesmerising? The slightly blushed cheeks also adds a hint of vulnerability to this blood-sucking vampire which makes me think all the bad press has made him very much misunderstood.

He is also a true Renaissance man who is fluent in German, English and Dracularian and I’m sure he has a love of fine art and sculpture. 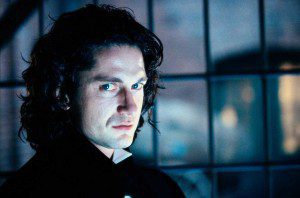 Coming in at number one: GERARD BUTLER!

Okay, so he may be snarling and looking for his next pint of blood, but don’t let that put you off. That just means he’s unpredictable. There would be no boring Nandos date for you… and who doesn’t want a bit of danger and passion in a relationship!?

But what are the cons, I hear you cry … Ladies, there are none, Gerard Butler is BLOODY gorgeous! 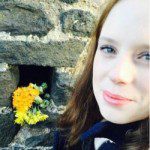 2 comments on “Dracula: Best of the Best”