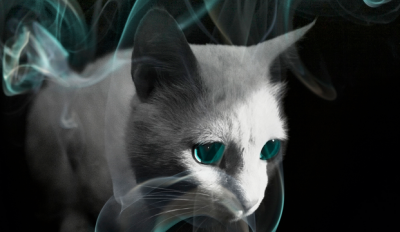 Posted on September 27, 2013 in Books with tags Doctor Sleep, The Shining

On Monday night, a posse of us (that’s me: Steve King’s editor, team mates from Hodder and some booksellers) celebrated the eve of publication by sitting on sofas, eating popcorn and watching STEPHEN KING’S THE SHINING, the three-part mini-series written by Stephen King himself.

In his interview with the BBC’s Art’s Editor, Stephen King said:

‘What I want the audience to do is to fall in love with these people, and really to care about them and that creates the suspense that you need. Love creates horror.’

I’m not sure about you, but when I first read THE SHINING as a teenager, I was gripped by the supernatural events, unable to stop myself peeking in Room 217, deeply empathising with Danny and his ability to foresee what would happen at the Overlook Hotel, yet aware the family had no choice but to stay.  In each re-read, as I have got older, my sympathies have grown for Jack Torrance, who Stephen King describes (see his interview with the BBC here: http://www.bbc.co.uk/news/entertainment-arts-24126819) as close to autobiographical as he has ever come with a character, a man who didn’t recognise he was an alcoholic, but saw himself as ‘heroic, battling his demons on his own’.

So what would happen to Danny when he reached his forties?  Would he become like his father?  And grandfather before him?  These were questions which Steve King was asked at signing after signing, and could only answer by writing the book.

Do you need to have read THE SHINING to enjoy DOCTOR SLEEP?   No, you really don’t. Stephen King has written a perfectly formed stand-alone novel, in which he expertly weaves in the relevant parts of THE SHINING.

However…if you are one of those millions of fans of THE SHINING who are dying to find out what became of Danny, ‘Doc’, then you’ll be delighted to start the journey some three years after the Overlook Hotel was burned down.  The child of a dysfunctional family, Danny is haunted by the ghosts of the Overlook and his mother summons Dick Hallorann to help him to lock up the memories. Check out the following opening:  http://www.hodder.co.uk/assets/HodderStoughton/downloads/Doctor%20Sleep%20Extract.pdf

The story moves forward to Danny at about forty – seeking refuge in the bottle, like his father before him, to blur the visions and to dim the ‘shining’ which is too powerful for his tender psyche.  Steve has written about his own addictions in his wonderful book ON WRITING and in DOCTOR SLEEP we learn about the support which Danny finds through the AA. I found this profoundly moving and hopeful, and think that it is testament to the power of King’s writing that he can create characters who are so empathetic that you walk in their footsteps and take choices with them.  In fact, I return again and again to King’s passage in ON WRITING about Annie Wilkes:  ‘..I tried never to come right out and say “Annie was depressed and possibly suicidal that day”…If I have to tell you, I lose.  If, on the other hand, I can show you a silent, dirty-haired woman who compulsively gobbles cakes and candy, then have you draw the conclusion that Annie is in the depressive part of a manic-depressive cycle, I win.  And if I am able, even briefly, to give you a Wilkes’-eye-view of the world – if I can make you understand her madness – the perhaps I can make her someone you sympathize with or even identify with.  The result?  She’s more frightening than ever, because she’s close to real.’

Now, let me invite Stephen King to introduce you to DOCTOR SLEEP and the tribe who live of the ‘steam’ the children of ‘the shining’ produce in this wonderful reading – check out the video at  http://www.doctorsleepbook.co.uk/

Who is the prescient cat on the Hodder cover?  And what will happen to young Abra who, like Danny, is born with a caul on her face, and has the brightest ‘shining’ ever seen?  I can’t wait for you, King Constant Readers and Fans, new and old, to pick up the book and find out.  I hope that you will agree with Margaret Atwood who writes in The New York Times:

‘Wild ectoplasmic partly decayed vampire horses would not tear from me the story of what happens next, but let me assure you King is a pro: by the end of this book your fingers will be mere stubs of their former selves, and you will be looking askance at the people in the supermarket line, because if they turn around they might have metallic eyes. King’s inventiveness and skill show no signs of slacking: “Doctor Sleep” has all the virtues of his best work.’

And I expect that like me, you will weep at the poignant scene at the end.

Please join me in sending Congratulations to Stephen King – shine on Danny, shine on Abra, shine on Jack – and most of all SHINE ON STEVE.

Permission for quotation from ON WRITING granted by Hodder & Stoughton