Posted on November 10, 2015 in Books with tags Dinovember; books

We all love dinosaurs. But how much do we know about them? Today, Ian Simpson talks us through a few good books to read to learn a little bit more…

Right up to the 1970s, dinosaurs were seen as slow, ponderous and dumb creatures, as exemplified by iconic films such as the fun but factually incorrect One Million Years B.C. (1966), the excellent The Valley of Gwangi (1969), and the distinctly dodgy When Dinosaurs Ruled the Earth (1970). But this wasn’t Hollywood’s or Hammer’s fault. The scientific establishment, and their books such as The Dinosaurs (1970) by WE Swinton (a Canadian palaeontologist who worked at the Natural History Museum in London) suggested dinosaurs were nothing more than prehistoric reptiles of various subgroups and must therefore act akin to them, especially crocodiles, in a cold-blooded fashion: “large dinosaurs almost certainly ambled leisurely on their terrifying way” (p94). Well. 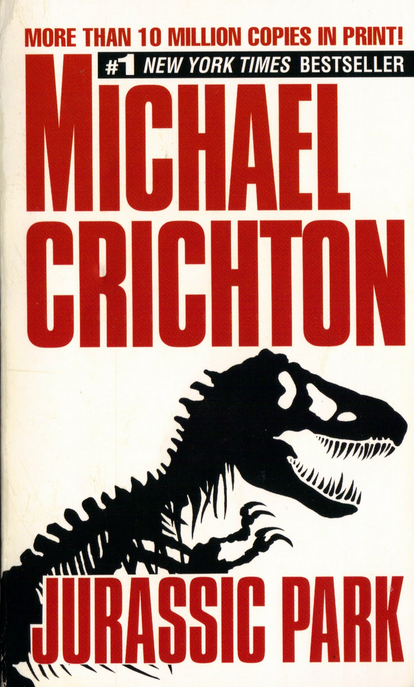 In terms of proper scientific understanding of what dinosaurs were, plenty of scholarly journals exist. However, this is a beginner’s guide to factual books about dinosaurs and how we come to know and understand them. Which I think is vital if we’re to appreciate them in the likes of Jurassic Park (novel, 1990; film, 1993) – I read that with glee as a palaeontology student back in the day.

It probably wasn’t until The Hot Blooded Dinosaurs (1975) was published that attitudes and perceptions began to change. This key text by physiologist Adrian Desmond asked key questions about the dinosaur’s biology. It is a historical account of the discovery of the dinosaurs re-examining the findings of original palaeontologists and their assumptions. It opened the door to many other texts. But the public weren’t convinced and nothing much changed until 1985. John Noble Wilford’s The Riddle of the Dinosaur (1985) and perhaps most importantly the myth-busting The Dinosaur Heresies (1986) by Robert Bakker are keys that opened the perception on how we see dinosaurs today. Wilford’s book, as the title suggests, is an investigation; putting the pieces of the puzzles created by the fossil record together.

As with most palaeontology writers, Wilford tells a historical story – with some glorious illustrations. It features, for example, scientists talking about warm blood by looking at bone structure (including nods to both Desmond and Bakker, eg p179), and that modern birds are dinosaurs’ direct descendants. Meanwhile Bakker, one of the world’s most famous palaeontologists (fictionalised in Spielberg’s Jurassic Park as T.Rex lunch Dr. Robert Burke) had long held the view that dinosaurs were fast, smart, warm-blooded and much more important to the world today than had previously been believed (having influence over the evolution of flowering plants for example). His book is technical, yes, but written with such passion that it is one of the most readable popular science books ever published. The book – illustrated with Bakker’s own brilliant pencil sketches – concludes with the terrific sentiment that one must acknowledge “the dinosaurness of birds and the birdness of Dinosauria”; giving dinosaurs a class apart from reptiles.

The history of palaeontology really begins with Mary Anning. Anning was in many ways a revolutionary feminist and one of my heroes. She battled the scientific establishment of the early 1800s with her fossil hunting at Lyme Regis in Dorset. Her tale and her struggles are eloquently told by journalist Shelley Emling in The Fossil Hunter (2009). It tells of the birth of palaeontology, fossil collection and evolutionary theory, pretty much at the hands of a child of poverty. A must read! 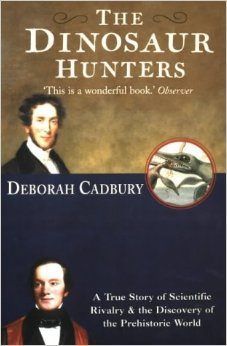 The story is taken up by Deborah Cadbury in the brilliant The Dinosaur Hunters (2001) which tells the story of Gideon Mantell and Richard Owen, the latter who was introduced to fossils by Anning. The bitter conflict between the two scientists drove scientific discovery forward. Meanwhile in the US, Othniel Charles Marsh and Edward Drinker Cope were caught up in a similar story: a battle of ideologies and discovery, as told in The Bone Hunters: The Heroic Age of Paleontology in the American West (1992) by Uri Lanham. Notice a theme in the title of these books? As a palaeontology student, being known as a fossil hunter was a huge deal, so it’s not at all surprising. Reading these books immerses you in the history of fossils and dinosaurs, and gives a broad understanding of how these magnificent creatures became so ingrained the popular consciousness. After all, we are the middle of DiNovember because of Anning, Mantel, Owen, Cope, Marsh, Bakker and dozens of other amazing scientists.

Today, if you want to know all about dinosaurs, there’s one vital text that you should have on your shelf: the oddly named Dinosaurus (2003). Which is of course a word not commonly used anymore, having no formal scientific description. Within this book you will learn that, as Bakker asserted, dinosaurs are not reptiles but a class of animal in their own right. By prolific science writer Steve Parker, Dinosaurus is the only dinosaur encyclopaedia you need. From the terrifying T.Rex skeleton on the cover you know you’re in for a treat. With photographs and amazing illustrations (check out the Stegoceras on page 307), facts and figures, comparisons to human sizes and of course true science, find out all you need to know about the Shauntungosaurus, Styracosaurus, Sinosauropteryx and hundreds more species, including all your favourites – although you won’t find a Brontosaurus. We’ll leave those to Hollywood.