The Death of the Dystopian Film 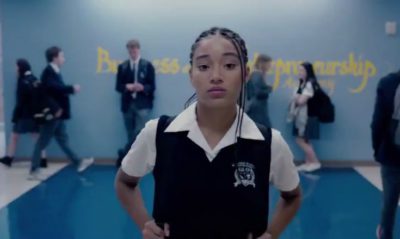 Posted on November 26, 2019 in Young Adult with tags Dystopian, Film, The Hate U Give, The Hunger Games

Writer and film critic, Kate Harrold, reveals the decline on dystopian book-to-screen adaptions, and how it has made way for a new wave of contemporary YA.

Katniss Everdeen (The Hunger Games) and Starr Carter (The Hate U Give) aren’t necessarily two characters you’d group together as having a lot in common, but they may have more than you think. Katniss may be a kickass, bow-and-arrow wielding heroine, fighting a corrupt government on a national scale, but when you strip the character back to basics, she’s an activist – just like Starr.

Dystopian fiction has always found a home amongst young-adult readers, but nowhere did it spike more in popularity than between 2012 and 2015. YA readers put on their Mockingjay pins and flocked to cinemas as The Hunger Games hit the big screen. Katniss did more than ignite a revolution in Panem. The Hunger Games triggered a whole host of dystopian book-to-film adaptations. Soon after came Divergent, The Maze Runner – and even The Mortal Instruments to an extent. Young heroines and heroes alike commanded the silver screen, taking down governments left, right, and centre . . . that is, until they didn’t. 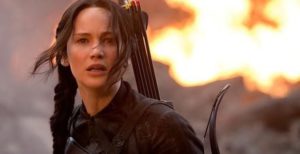 The release of The Hunger Games: Mockingjay Part 2 in 2015 seemed to signify the end of the era. The Death Cure – the final instalment in The Maze Runner series – was released to very little fanfare and the Divergent series cancelled the fourth and final instalment, Ascendant. Attempts to relaunch the genre since – The Fifth Wave and The Darkest Minds – have just proved that audiences have moved on elsewhere. Despite the huge sales of Alexandra Bracken’s well-received book, The Darkest Minds, the film flopped at the box office making just $41, 400, 000 against a $34, 000, 000 budget.

Katniss, Thomas, Tris, and Clary captured our attention with their tenacity, bravery, and activism – all of which are characteristics many of us would strive to have. So, why did the dystopian genre lose its grip on audiences? It seems that interests have only shifted very slightly. Any movie-goer or Netflix-binger will be familiar with the plethora of contemporary YA adaptations currently on our screens – 13 Reasons Why, Love, Simon, The Hate U Give . . . this new wave of YA book-to-screen adaptations is resonating with audiences in a way that dystopias no longer seem to. You can’t blame the demise of dystopias on oversaturation when the current contemporary adaptation wave is just as expansive. Instead, it seems that contemporaries take everything we love about dystopias and strip it back to basics. 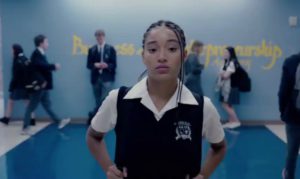 Activism is at the heart of so many YA contemporary stories. Love, Simon promotes conversations around sexuality and acceptance. 13 Reasons Why advocates for conversations amongst young people on mental health. The Hate U Give tackles the important topics of police brutality and systemic racism. Contemporary protagonists might not seem like heroes – they look and act just like their audiences – but Starr Carter is just Katniss Everdeen in a world that looks like our own. Dystopias have always grounded their social themes in issues from our own reality, but now contemporaries are unafraid to confront these issues without the world-building. They reflect the world we live in and how we can better it.

Take actress, Amandla Stenberg. It’s no surprise that she’s appeared in a multitude of YA adaptations – The Hunger Games, The Darkest Minds, Everything Everything, The Hate U Give . . . Stenberg is an activist. She uses her platform to speak out on intersectional feminism, sexuality, and mental health. She’s popular with YA audiences because she speaks on the issues that matter to them and that’s what contemporaries seek to reflect. Contemporaries reassure audiences that you don’t need to take down a government to better the world.

Dystopias paved the way for contemporary heroes and they’ll always stick around for us to escape back to. Katniss Everdeen re-ignited far more than the people of Panem. She was kickass. She was female. She was fearless. Katniss, Tris, Thomas, and Clary conveyed the message that anyone could achieve anything and that has evidently left an impression on authors, filmmakers and audiences alike. Our desire for change isn’t lost – it’s just got stronger – and contemporaries prove that. 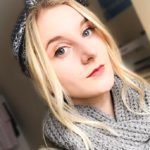 Kate Harrold is a freelance writer and film critic - a sucker for the silver screen, and a wannabe Disney Princess. She spends her days spreading her magic by creating content on anything and everything pop culture. You can follow her on Twitter @KateHarrold