Day Four and the Truth about Cruises

Sarah Lotz’s chilling novel, Day Four, about ‘the cruise ship from Hell’ (Stephen King said that, so you know it’s true) publishes today! You can read a bit about the novel here, and you can read more about mysterious and/or doomed cruises after the jump! G’wan. You know you want to…

More than 10 million people take a cruise each year. Or maybe 21 million! A lot of people!

There’s an abandoned Russian cruise ship out there… somewhere.

More than 170 people have disappeared from cruise ships since 2000.

Many ships have a fake smokestack. The Titanic did! Adding a fake one is usually done to make the ship look more balanced, and was used to store luggage.

The Mary Celeste, an American merchant brigantine, was found drifting, deserted in the Atlantic in 1872. The crew and passengers vanished without a trace, but there were no signs of foul play. It remains one of the great unsolved mysteries of the modern world.

Though it was probably totally solved, tbh.

The Titanic story is one you probably know, but is really interesting anyway. You definitely don’t know everything about what happened! It’s apparently the only ocean liner in history to have been sunk by an iceberg. and that iceberg as apparently been around since 1,000 BC. (It is VERY BIG and VERY OLD. Wanna know what happened  to it? Wired is on the case!) It’s probably still out there… waiting.

The rediscovery of the Titanic is an amazing story. Start here.

Ever heard of the Vasa? It was a ship that sank in 1628 (basically right after it was launched) and then was raised from the sea floor in 1961. you can see it in a museum in Stockholm, and you definitely should.

You’ve definitely heard of the Lusitania, but do you know what it’s all about? It was a British ocean liner that was hit by a German torpedo during World War I, in 1915, and sank 18 minutes later. Only 761 of the 1,959 people aboard survived.

The German transport ship MV Goya was hit by a Soviet torpedo in 1945 and sank in 7 minutes flat, with at least 6,000 people dying in the disaster. Only 183 people survived – and they don’t actually know exactly how many people were on board at the time.

The largest loss of life in a ship sinking was also in 1945. The MV William Gustloff was hit by a soviet torpedo and approximately 9,400 people died in the disaster.

When, in the 1950s, scientists began exploring a tiny, isolated island in the ocean between South Africa and Antarctica, they found a lagoon… which contained a boat and two oars. What they didn’t find was any other evidence of human beings. At least, that’s the story. A real and verified fact about Bouvet Island? It’s the setting for that classic of modern film, Alien vs Predator.

You can find more facts – including those above but also many more! – here and here. 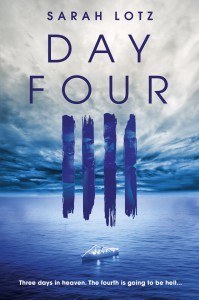