Cover Reveal: Record of a Spaceborn Few by Becky Chambers

Record of a Spaceborn Few, the brilliant new Wayfarers novel by Becky Chambers is officially released 6 months today! (We’re still working on that time machine, we promise!) And so to celebrate we’ve decided to finally reveal our cover! The third book set in the Galactic Commons, Spaceborn Few explores life in the Exodus fleet and is just as heartwarming, poignant and brilliant as its predecessors.

This beautiful cover was designed by Natalie Chen from the Hodder Art department and you can see more of her work here.

Record of a Spaceborn Few will be released in hardback, ebook and audio on 26th July. 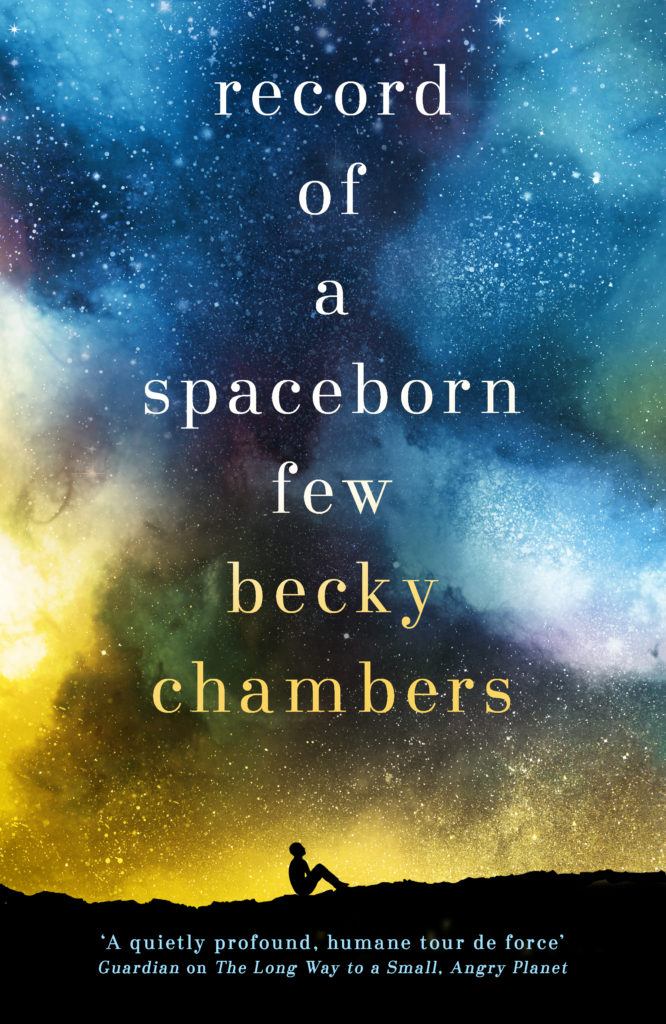 From the ground, we stand. From our ship, we live. By the stars, we hope

Hundreds of years ago, the last humans left Earth. After centuries wandering empty space, humanity was welcomed – mostly – by the species that govern the Milky Way, and their generational journey came to an end.

But this is old history. Today, the Exodus Fleet is a living relic, a place many are from but few outsiders have seen. When a disaster rocks this already fragile community, those Exodans who have not yet left for alien cities struggle to find their way in an uncertain future. Among them are a mother, a young apprentice, an alien academic, a caretaker for the dead, a man searching for a place to belong, and an archivist, who ensures no one’s story is forgotten. Each has their own voice, but all seek answers to inescapable questions:

Why remain among the stars when there are habitable worlds within reach? And what is the purpose of a ship that has reached its destination?

2 comments on “Cover Reveal: Record of a Spaceborn Few by Becky Chambers”