Posted on June 14, 2022 in Uncategorized with tags

A Timeline of Old Shanghai

1842 – China loses the First Opium War, and signs the Treaty of Nanking. Under its terms, Shanghai is established as a treaty port, where foreigners are allowed to trade and are exempt from the jurisdiction of local law. In the following years, foreign settlements open in Shanghai, where countries like Britain, France, and others have legal administration over the land.

1911 – China’s last imperial dynasty falls. Though the new Republic of China is established, power becomes a shaky concept in a city like Shanghai, which is split into pieces by the foreigners. Without one cohesive rule of law, gang activity rises as the primary force. Though the Chinese Cai family and the Russian Montagov family were already maintaining prominent crime empires in Shanghai, this begins a new era of gangster rule where civilians fall in line under one family or the other. Territories in the city are either overseen by the Cais’ Scarlet Gang or the Montagovs’ White Flowers.

1919 – The Chinese Nationalist Party is re-established after the collapse of the imperial dynasty, aiming to unite the nation under one rule rather than scattered powers across the country. Otherwise referred to as the “Kuomintang” or just the “Nationalists”.

1921 – The Chinese Communist Party is founded, aiming to encourage a workers’ revolution. Otherwise referred to as just the “Communists”.

1922 – Brief rumours whisper through Shanghai about the heirs of the two gangs, Juliette Cai and Roma Montagov, being sighted making peace negotiations. It is quickly disproven when fighting between the Scarlet Gang and the White Flowers grows worse than ever, despite the encroaching threat from foreign powers like the British, the French, and the Americans wanting more control over the city.

1924 – The Nationalists and the Communists form the First United Front. They have joined together in an alliance to end warlord rule and foreign imperialism, especially in Shanghai.

1926 – The Nationalists, using their united front, begin a military campaign to unify the country and seize control for their aims. The Scarlet Gang aligns itself with the Nationalists to secure a future, as the success of this campaign will mean the end of gangster rule too.

1927 – The military campaign reaches Shanghai. Though it is successful, internal unrest has been building in the united front, and the Nationalists turn on the Communists. Referred to as the “Shanghai massacre”, they execute and imprison their Communist members, and open fire on protesters. With the Nationalists and the Scarlet Gang working together, most White Flowers are wiped out in the massacre too. Gangster rule dissolves. Civil war begins between the Nationalists and surviving Communists.

1928 – China is unified under the Nationalists, beginning an era where the Kuomintang are the official government in charge. However, the Western foreign powers are still prominent in Shanghai, and Japanese efforts to expand its influence in China increases. A covert branch forms to train spies and assassins who will maintain the Nationalist government’s hold. Rosalind Lang is among the first assassins recruited. Orion Hong and Silas Wu are added to the ranks as intelligence agents.

1931 – Japan invades Manchuria, in the north-east of China. Domestic civil war is still ongoing, but now talk of foreign invasion is the most pressing matter. Shanghai becomes the socializing ground for spies of every sort, moving the chess board of politics as war circles around the rest of the country . . .

WANT TO MEET THE CHARACTERS OF FOUL LADY FORTUNE? HEAD TO OUR CHARACTER HUB! 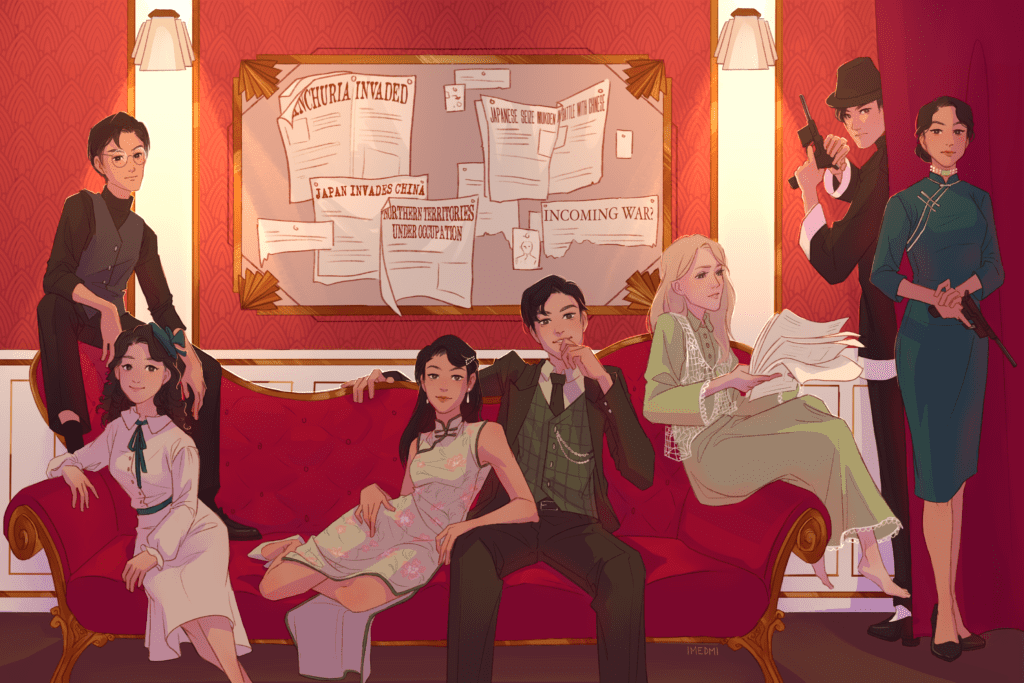 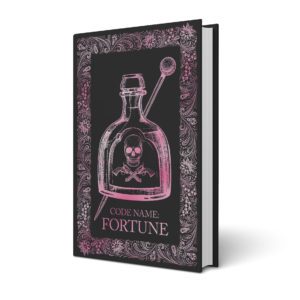