Bigger on the Inside: C S Lewis and Narnia, 50 years on 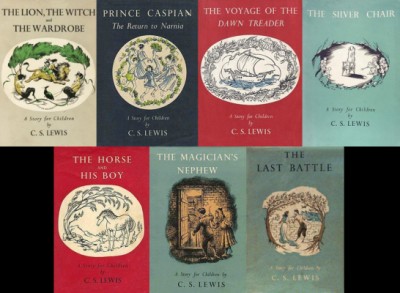 My Mum and Dad read the Narnia books to me as bedtime reading. I was captivated by these stories of children transported a magical land. I hunted in the back of my wardrobe for the way through to Narnia. I tried to get there through archways of trees in the woods, asking Aslan to let me in. I wanted to speak with Talking Animals, to dance with fauns and dryads, to see Cair Paravel on the sea and feast with Kings and Queens of Narnia. One of my first ever pieces of fan fiction, written around age 8, was a rewrite of The Lion, the Witch and the Wardrobe to include my arrival by means of a magic Blue Peter badge!

But although I have never been able to visit Narnia physically, having visited Narnia in my imagination made the animals and woods and castles of this world that much more fascinating to me. Like all books, but perhaps especially so, the Narnia stories are bigger on the inside. Every time I’ve re-entered the wardrobe, I’ve discovered new things. 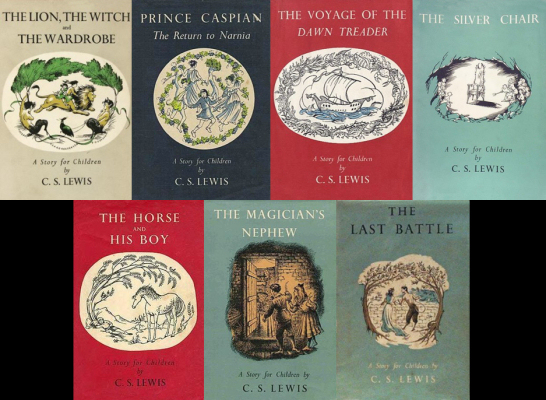 The world of Narnia was my gateway into myth and legend. It was Narnia that brought me into the worlds of Norse and Greek myth, introducing me to dwarves and giants, dryads and nyads, to River Gods and Bacchus.

Later, it was reading Michael Ward’s Planet Narnia that inspired me to go back and do an English Literature MA to study Children’s Literature and Medievalism. I studied Lewis, Tolkien and other writers alongside their medieval sources. It was through Narnia that I came to read Mallory, Spenser, Dante and other great stories of the past.

I also discovered the rich layer of Christian themes and images, which aren’t so much allegory as “what if?”  I can understand that some people are annoyed by this. But as a Christian myself, I felt excited rather than cheated by realising that Aslan has “another name in our world”, as he says to Lucy and Edmund at the end of The Voyage of the Dawn Treader. The connection it is never made explicit, however. Drawing on the Christian story, with its themes of sacrifice, death and resurrection, gives the books a mythic resonance that would otherwise be lost.

Narnia also helped me discover Lewis’s apologetic writings. His books such as Mere Christianity and Miracles were my gateway to a more intellectually engaged Christian faith, and to many other philosophers, authors and thinkers.

C.S. Lewis died the day before Doctor Who first aired on television, 50 years ago today. I suspect if he had lived, he would have rather liked Doctor Who – he enjoyed reading pulp science fiction in his spare time. (In contrast, the BBC’s early report into science fiction dismissed C.S. Lewis’s science fiction trilogy as “clumsy and old-fashioned”!).

It might seem strange, but I find that both Narnia and Doctor Who give imaginative expression to my spiritual longings. In Aslan’s death and return, I experience the myth of the dying and rising God anew, stripped of the overfamiliarity of Sunday School stories.

The Doctor is also a figure to inspire, caught between divinity and humanity, never cruel or cowardly. In this rational, humanist hero, I actually find a powerful echo of the God I believe in. Although the Doctor isn’t actually a messiah, just a very naughty Time Lord, he is far more like the spiky, funny, subversive Jesus of the Gospels than any number of “serious” portrayals of Christ.

The tv series is at its best when it remembers that the Doctor doesn’t simply fight aliens or monsters – he fights injustice, wherever in the universe he finds it. The Doctor is a reluctant exile turned adventurer turned hero. His companions too are ordinary people learning to fight evil across the universe. Like Rose says in The Parting of the Ways of life with the Doctor:

It was a better life. I don’t mean all the travelling and seeing aliens and spaceships and things. That don’t matter. The Doctor showed me a better way of living your life.You don’t just give up. You don’t just let things happen. You make a stand. You say “no.” You have the guts to do what’s right when everyone else just runs away.

The best stories don’t just entertain, but expand you as a person. Lewis wrote that the reason he read was to “see with other eyes, to imagine with other imaginations… I become a thousand men and yet remain myself.”

C.S. Lewis and Doctor Who have both done just that. They have enlarged my imagination, my thinking, and even my spirituality. I like to think that they have helped me become “bigger on the inside”.

C S Lewis: A Life by Alister McGrath is available now from Hodder & Stoughton. Let us know what you think of Narnia, and join in the Hodderscape Book Club in discussing The Lion, the Witch and the Wardrobe on 6th December!