Big Brother has always known you, by Elliott Hall 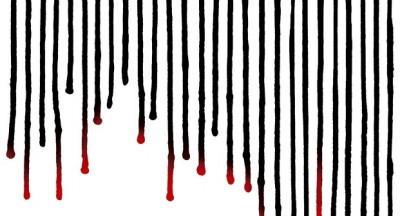 The Promised Land and surveillance in the era of Big Data

While working on The Promised Land, the new story that accompanies the Strange Files, I managed to see the excellent Privacy by James Graham.  It’s an examination of surveillance and individuality in the age of Snowden and the internet, a drama combined with re-enacted talking heads.

One of its best parts was showing just how much information we record about ourselves, not just actively through selfies, tweets and likes, but passively through the convenience of technology.  By carrying around GPS-enabled smartphones, we are effectively spying on ourselves, a Stasi for a GDR of one.  We ignore this fact most of the time, because the present convenience of not getting lost outweighs the potential harms of this self-surveillance in the future.

The surveillance program that forms part of The Promised Land was inspired by the actual NYPD Intelligence Division’s Muslim Surveillance Program.  Hundreds of Americans in New York and New Jersey were secretly filmed and spied upon by the police solely because they were Muslim, the unit going so far as placing moles in mosques to keep tabs on what was being said.

The response to protests about Snowden, the Muslim Surveillance Program, and the government’s monitoring of social media, is usually something like the quotation from William Hague.  If you aren’t a terrorist or a criminal —  or if you are unlikely to be stereotyped as one due to your religion or ethnicity —  then you have nothing to worry about.  A British Foreign Secretary was stating, in essence, that the only protection we have from state intrusion is their goodwill.

I am unlikely to be profiled at an airport or stopped by the police on the street for a pat down.  For other groups of people the question of surveillance is far less abstract.  One of the things I wanted to do with the Strange Trilogy was explore what would happen if that goodwill was suddenly yanked away from people that took it for granted.

Strange’s America is one that has slid deep into authoritarianism.  All of the expression that was allowed in the old, open society has become a weapon in the hands of the new theocratic government.  In the Promised Land it is turned against Jews who might disagree with a foreign policy based on the Book of Revelations.  In the Trilogy it is used to identify anyone who might disagree with them, using their tweets, blog posts and emails from a more open, careless time.

You may trust the current government not to abuse its power, but the data they and private companies are collecting is going to be around for years, the digital equivalent of a tattoo.  The Strange Trilogy is set in the near-future, a bad handful of years from the present.  Thanks to Big Data, any government that decides to no longer tolerate dissent will have a directory of troublemakers, created by themselves, all over the internet.

Elliott Hall was born and raised in Canada. He now lives in London. His novels, known collectively the Strange Trilogy, are published by John Murray Press. The First Stone is this month’s Hodderscape Review Project.