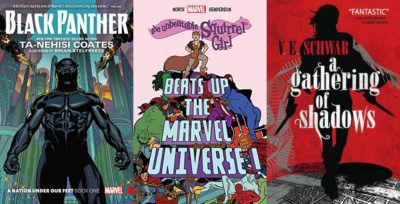 So, obviously all the books we publish fall into the category so we’re picking books outside the Hodderscape nest. 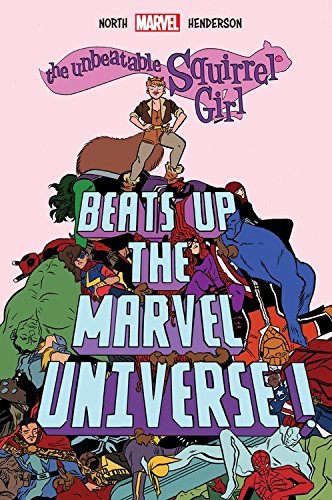 A regular topic of conversation amongst my friends when we’re huddled over a pint or two: which Marvel character would you choose if you could greenlight the film and play the central character? My answer, every time: Squirrel Girl, aka Doreen Green. Squirrel Girl began life in 1992 as a joke, a Great Lakes Avenger (AKA the rubbish Avengers) whose power is that she maybe can talk to squirrels (and chew through wood). She cropped up now and again in various comic books and, again as a running joke, the writers set it up so that, despite her questionably useful powers, she never loses a battle. Ever. No matter how omnipotent her opponent. And then, in 2015, Qwantz creator and very tall dinosaur fan Ryan Q North teamed up with artist Erica Henderson and brought Squirrel Girl to the mainstream with the brilliant The Unbeatable Squirrel Girl. Doreen talks her way into and out of problems with heroes, villains and everyone else out there with a smile and a good attitude (and jokes about nuts), and the comic is brilliant and totally bonkers. Here, for example, is the issue where Squirrel Girl goes up against similarly questionable Marvel personality Taskmaster (He has a skull for a face and wears a cape?) from the perspective of… a cat.

Naturally Squirrel Girl’s major stand-alone adventure, The Unbeatable Squirrel Girl beats up the Marvel Universe, is my favourite of the SFF books published in 2016 (that I didn’t publish myself) and helpfully is a brilliant introduction to this wonderful, extremely chipper and good-natured character. You should absolutely go buy yourself a copy right now. Also, look into Taskmaster, because that guy is whackdoodle. 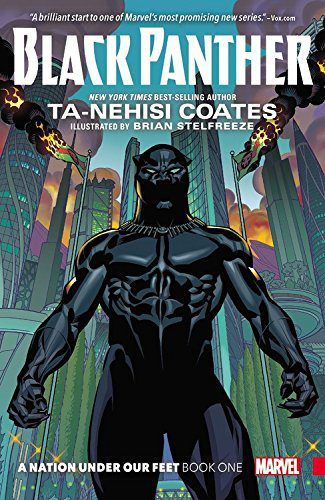 MacArthur Genius author Ta-Nehisi Coates’ first foray into comics writing has been stunning to witness, with a really rich sense of character and setting, all portrayed in striking art by industry legend Brian Stelfreeze. Black Panther has this wonderful mix of a mythical kingdom led by a monarchy banked in legends, but powered and dominated by super-futuristic tech, and the book blends these two elements better than any work I’ve read that tries to do the same.

The fictional country of Wakanda is plagued by civil war and terrorism, and T’Challa (the Black Panther) is too caught up in family tragedy to rule his people efficiently. The protagonist is a brilliantly compelling, broody king, but the women warriors who’ve defected from the Wakandan royal bodyguard service are the real heroes of this story, and I’m even more excited by Roxane Gay’s upcoming spinoff series centred on these gals, World of Wakanda.

A Gathering of Shadows by V. E. Schwab 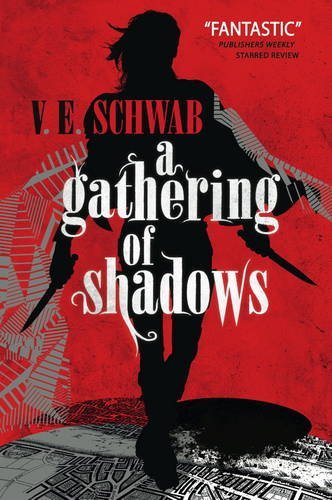 The set up of this series – parallel worlds connected by four very different Londons – was already cool enough. But, throw in a magical tournament, a dashing pirate and Kell and Delilah’s tragic love getting even more tragic, and you have an amazing sequel.

Every detail of V.E. Schwab’s world(s) feels so detailed, right down to the detail of Kell’s many fabulous coats. As Black London rises this universe gets bigger and more terrifying – I can’t wait for A Conjuring of Light to arrive in February. 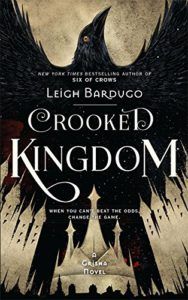 This is one book I haven’t been able to stop thinking about. A bunch of ragtag misfits band together to overthrow oppression and evil, whilst ringleader Kaz plots and manipulates his way to survive. The female characters Nina and Inej (my favourite) are particularly well-written and can more than hold their own in a fight. The violence is sometimes graphic but always compelling, and you’ll find yourself one minute having the time of your life and full of happiness, and the next brought to a shocking low. Crooked Kingdom is pure brilliance.