The most bad ass mothers in science fiction and fantasy

Posted on March 12, 2015 in Books, Television with tags Game of Thrones, Harry Potter

It’s Mother’s Day on Sunday,  and what better way to celebrate it than to stand back and truly appreciate the most badass fictional mothers out there in science and fantasy fiction?

This list has been edited, tweaked and revisited ALOT – there are too many bad ass fictional mothers to mention – therefore below are the final ten that made the cut (this task also brought about the disappointing realisation of the lack of badass mommas in Shakespeare!).

Whether they fight the forces of darkness, or just try and raise them, this is for all the bad ass mothers out there.

Who else can mother seven flame haired offspring on a budget? Molly Weasley is one of the most resilient and ferocious mothers in literature, never taking any nonsense, and supporting the Weasley family through her warmth and strength.

For this, we forgive her for falling at Professor Lockhart’s feet, and love her even more after her victorious face-off with the infamous Bellatrix Lestrange.

The mother of Buffy has to be badass, and Joyce Summers fits the bill. The single mother of a slayer, she remains a source of calm and comfort through a number of apocalypses. Most mothers find it difficult enough when their child goes to university, so coping with the fact that the whole of the demon and vampire world wants your daughter dead is a superhuman strength in itself.

Caitlin Stark from Game of Thrones

Married into House Stark, Caitlin is one of the most ferociously protective mothers in literature. She would not rest until she discovered the culprit behind Bran’s fall, and is the first one to uncover the Lannister’s deceit. Leading an army, capturing Lannisters and avenging her husband – Caitlin is not a lady to cross, especially when it comes to the safety of her family.

Elastigirl from The Incredibles

Before marriage, Elastigirl was adamant that a) she wouldn’t marry and b) Super’s was a profession unfairly dominated by man. When she fell for Mr Incredible, this stance lessened somewhat so that she could stick to the new anti-super law, and raise her three children to do the same.

Her life as a housewife dramatically changed when her husband ran into a spot of bother. Discovering he is actually in danger rather than having an affair, Elastigirl borrows a jet, turns into a parachute to enable a safe landing for her children, and helps her husband escape capture (after punching the alleged mistress in the face, of course).

Skills: vacuuming one room whilst stood in the next, knocking out guards with her behind, catching falling babies from the sky, contorting her body into a speedboat

The epitome of motherhood lies with this gentle gorilla. After losing her first-born to Sabor the leopard, Kala adopts baby Tarzan, defying her partner Kerchak – a ginormous silverback who resents this decision throughout most of Tarzan’s life.

Kala is a constant source of reassurance for her adopted son, tirelessly helping him through his life as the outsider of the group. She does not care that he is a different species; she loves him despite his hairless (and rather oddly, beardless) appearance.

Grandmother from The Witches

We cannot have a Badass mother’s list and not include Grandmamma. This 86 year old is perhaps the coolest Nanna in literature. She smokes cigars against her doctor’s orders, tells her grandson haunting stories and then, to top it all off, helps him in his quest to defeat the formidable Grand High Witch.

At the end of the novel, she teams up with her grandson in a quest to destroy every single witch from the face of the planet. Not an episode of Countdown in sight!

Anyone who can defeat this…thing… is definitely badass

Perhaps the least known badass mother in this list, but badass all the same – Maija, wife and mother of two settle in Blackasen during the coldest of winters. After her husband leaves for work, a deadly storm hits the mountain and Maija must defeat the cold, the risk of starvation and illness and the wolves that circle her home.

What’s more, a dead man has been discovered on the mountain, and Maija finds it within her to find out what happened despite the dangers involved.

Pursued by the Terminator for mothering John Connor, she becomes badass by crushing her predator in a hydraulic press after he kills Reese, the father to be of John Connor.

She lived a life of crime to protect her son in the early days, teach John Connor the skills needed to lead the human resistance in the future. After being locked up in a mental asylum, she escapes when she discovers another Terminator has been sent back to kill her now ten-year old son.

Sarah Connor is the ultimate mother, protecting her child and destroying bad guys.

Definitely not one to be angered.

Daenerys Targaryen from Game of Thrones

After the death of her husband, she steps into his funeral fire along with her three dragon eggs she received as a wedding present. She survives, along with three newly hatched dragons. Need I say more?

I finish the list on a character that is perhaps the kindest mother in fiction. She turns upside down the spider stereotype by mothering the character of Wilbur, a piglet who craves companionship.

She saves him from the slaughterhouse by weaving the words ‘SOME PIG’ into her web, even when she is dying herself. Knowing this, Wilbur takes her egg sac back to the barn, as she passes away in the fairground – dying but knowing that her children will be safe and will be born in the comfort of her home. Ahh.

Skills: eating flies without letting them suffer, weaving words in her web, speaking

Who have we missed? Tells us in the comments below! 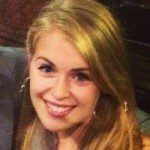 Bethany is currently studying for her MSc in Consumer Marketing at The University of Liverpool, and has wanted a career in publishing since she had a Eureka moment reading The Picture of Dorian Gray on the train, aged 18.