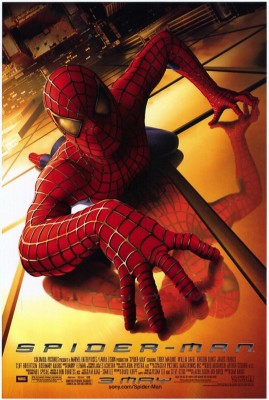 Sharan: There are a few films that I was dying to see this year, and The Amazing Spider-Man 2 was definitely one of them. I loved the first film, I thought it was very well made considering they went down the Curt Connors route – it is pretty difficult to make a film about a man who changes into a big lizard not ridiculous. So going into the cinema, I had high hopes for the sequel. I’ve got to say that I have mixed feelings, I thought it was great in many ways but at the same time some parts just didn’t sit well with me.

Anne, you watched it recently too – what did you make of the sequel for our friendly (not-so) neighbourhood Spider-Man?

Anne: Like you, I had mixed feelings. I felt parts of the film were done really, really well (especially compared to how the same themes and ideas were handled in the Raimi-era Spider-Man films). But I struggled with other aspects of the film, like the run-time (close to three hours) and the tacked-on third act – which could have and should have been its own film. Generally, as much as I liked large parts of the movie, it was, I’m sorry to say, a little too bloated for its own good. What were your reservations?

Sharan: I thought it was too bloated as well. I didn’t understand why it had so many villains, Electro could have been in one film, the Green Goblin could have been in another, and then Rhino was actually just made into a joke. Also, I did find that at times the attempts at humour didn’t quite work – they tried to incorporate that witty banter Spider-Man has with his enemies and it didn’t really work too well.

That being said, I absolutely LOVED  Dane DeHaan’s Harry Osborn. DeHaan is a great actor (I first saw him in Chronicle and I want to see him in the Metallica movie – Through the Never), and I thought his portrayal of Harry couldn’t be better (much preferred to James Franco’s attempt). I also liked Jamie Foxx’s depiction of Electro, though his acting skills aren’t exactly the best he does make a great paranoid loner who feeds off electricity… Did you think the film did anything particularly well? 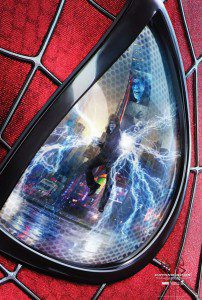 Anne: I loved the humour – this reimagining of Spider-Man gets Peter Parker’s dorky sense of fun just right. The relationship between Parker and Gwen Stacey felt believable and lived-in; the two actors have real chemistry. And this series, unlike the Raimi Spider-Man films, gets two things really right. One is that this Spider-Man is the blue-collar hero of the people – take, for example, that wonderful scene in the first Amazing Spider-Man where the New York crane operators line up their cranes to help Spidey get from point A to point B that much faster.
Second, and equally as important: this Spider-Man doesn’t get to tell the women in his life what to do. Gwen Stacey and Aunt May both demand to be taken seriously, and declare that no one – be him Peter Parker or Spider-man (or anyone else) – get to make their decisions for them. Compare that to the wet-rag that was the first series’ Peter Parker/Mary Jane Watson relationship, where he kept telling her she couldn’t be with him and she kept telling him how disappointed she was in him.

Did you like the Raimi films? How do you think they compare?

Sharan: I have to admit I did like the first (two) Raimi films, but I think that was just because I loved Spider-Man. The films themselves weren’t really up to scratch, and Toby McGuire was a very irritating Peter Parker. I won’t even get onto the third film, which everyone knows is a travesty.

The Amazing Spider-Man films are definitely a cut above the previous films, in every way. The actors are much better suited to the roles: Andrew Garfield making a great (Hollywood) geeky Peter Parker, Emma Stone makes a strong and likeable partner and I did really like Aunt May as well. I do think that the actors held up the film, though I felt like the villains weren’t tied in strongly enough to the parental mystery arch, so it feels as though something is still missing.

Ignoring the sheer number of them, what did you make of the villains in Amazing 2?

Anne: As you say, there were too many! I liked the idea of Electro, but it felt like his character design led his character development. What I mean is that he was really cool looking, but so incredibly, staggeringly powerful that it was honestly ridiculous to imagine that Spider-Man would have the remotest possibility of defeating him. Rhino, as you note, looked pretty silly, but there was a nice little shout-out to the Sinister Six late in the film (and to Black Cat), which means we’ll no doubt be seeing a few more villains before long. (Indeed, spinoffs are planned for Venom alone and the Sinister Six together.)

So… what other films are you looking forward to this year? I’m excited about Godzilla, The Guardians of the Galaxy, and the final Hobbit film, and a little less so about X-Men and Maleficient. And very excited about How to Train you Dragon 2! 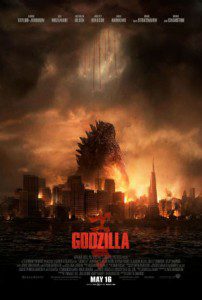 Sharan: Godzilla is at the top of my list! The trailer came on at the cinema and I have to admit, I did slightly fan-girl over it… The final Hobbit film is another, I do find that I have an inclination to all things Martin Freeman (I will venture to Fargo soon enough!) and finally, X-Men, but like you, I am much less excited about it than I am about the other two – the first trailer didn’t really do it for me but the second intrigued me!

That’s it for this week’s Backchat – have you seen Spider-Man 2? What did you think? What else are you looking forward to seeing in the cinemas this year?