We’re picking out our favourite alternative histories in honour of the imminent publication Lavie Tidhar’s A Man Lies Dreaming! 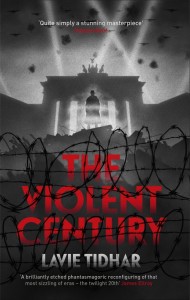 The Violent Century by Lavie Tidhar

Obviously my choice is going to have to be Lavie Tidhar’s The Violent Century, a le Carre-inflected reimagining of the twentieth century that posits that, even if we had superheroes, the course of history would have run unchanged: such is the violent nature of humanity. It’s a dark, spare look at a world that might have been, but there’s a spark of light – the story of the friendship between the novel’s two protagonists, Fogg and Oblivion. Although Fogg gets caught up in a more traditional romance with the daughter of the man who created him, that plot is a macguffin. The story’s emotional heart lies in the space between Fogg and Oblivion, and the sacrifices they make for each other. What makes a hero, the book wonders? The answer isn’t what you might expect for a novel about superheroes: it’s not the huge gestures, like gathering up all the nuclear bombs on the planet and pushing them into the sun. True heroism lies in the little acts we do for the people we love, acts which so often go not only unacknowledged but entirely unnoticed. 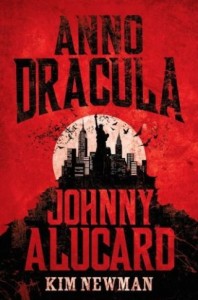 The Anno Dracula series takes place in a world where the baddies in Bram Stoker’s Dracula won, and vampires are a common and increasingly dominant part of society (woo!). From Jack the Ripper to Tintin, famous historical figures and events pepper the series as it moves from the 19th century through to the 1980s. The fourth instalment, Johnny Alucard, is in part a satire of 1980s excess, a love letter to the films of that era and a whole lot of fun. It opens on the the set of Francis Ford Coppola’s Dracula (a vampire-infested burlesque of Apocalypse Now) before moving over to the blood-fuelled New York social scene. Highlights include a version of Live Aid staged by vampires, Andy Warhol aping vampires at Studio 54 and appearance from Barbie the Vampire Slayer. 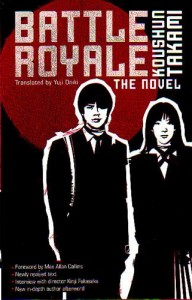 Battle Royale is a great film set in an alternate, police state, Japan. The premise is that every once in a while a secondary school class is randomly chosen to be dropped onto an island and are forced to kill each other until there is only one left. The reason is essentially to create paranoia and tension between the people of Japan and to ensure that they are controlled and don’t rebel.

Definitely worth watching, especially if you are a fan of The Hunger Games as it is basically what inspired it. 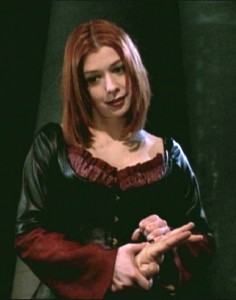 The Wish, Buffy The Vampire Slayer

There’s nothing quite like a woman scorned, and that’s certainly true in The Wish episode of Buffy when a heartbroken Cordy unwittingly wishes the Slayer right out of Sunnydale history. Of course without a Slayer to keep the hellmouth at bay Sunnydale is now a playground for vampires, and all manner of squiggly demons, which just goes to show that the Buffster is kind of essential in the show that bears her name. Cue the scoobies to find a way to rewrite history as it should have been before there’s yet another apocalypse to deal with.