Posted on February 19, 2015 in Books, Film with tags Science Fiction

A look at film and literature’s meanest machines…

Everyone should go see Ex Machina. If you haven’t yet, there is a minor spoiler ahead. . . It has problematic exploitation moments, but aside from that it is an excellent three-hander about a mad-scientist, an everyman (albeit a very smart one) and a potentially insane AI called Ava. Ava is brilliantly portrayed by Alicia Vikander who brings a creepy innocence to the role, and by the end of the movie is all out terrifying.

Ex Machina might be seen as day one in the AI apocalypse. Artificial Intelligence’s first victory in the battle against humanity.  Which got me wondering about what other AIs from books and screen have led the charge against their human makers? Here are few of the most terrifying AI’s from film, television and literature: 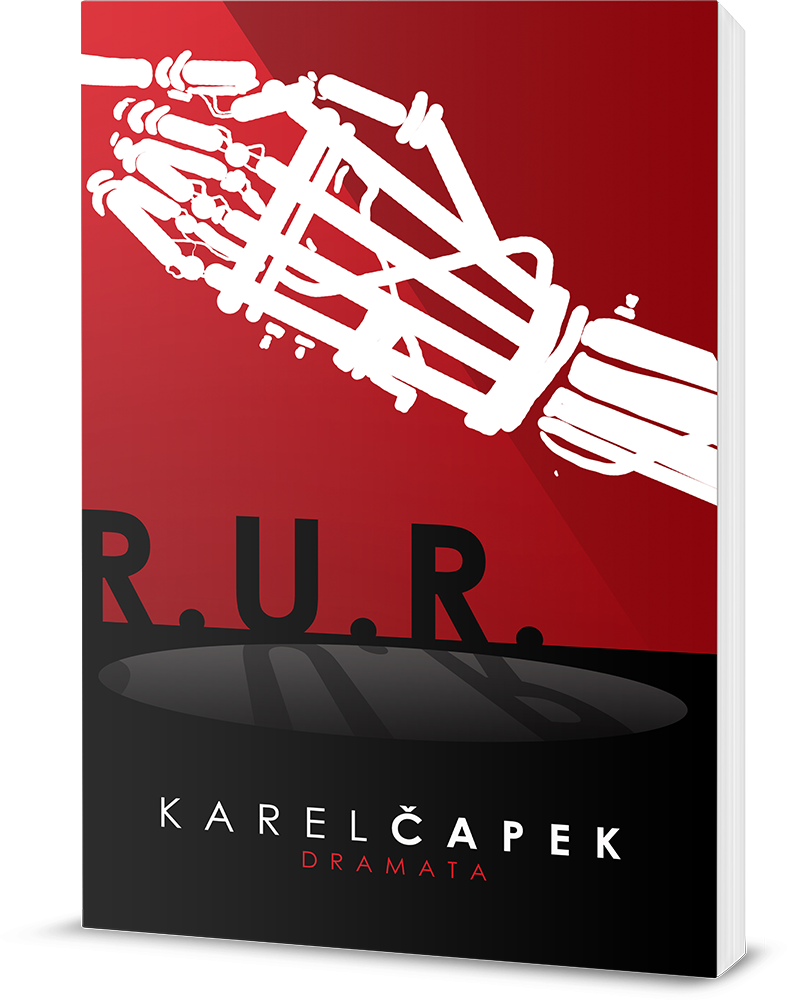 All the robots in R.U.R. by Karel Čapek

Karel Čapek wrote a play called R.U.R. (Rossum’s Universal Robots – the origin of the word robot) which was produced in 1920. It is probably the first example of artificial human-like machine intelligence. It features a self-replicating robot slaves that revolt against their human masters. Probably not AI and certainly not insane, they are at least the blue-print.

The most famous insane AI is of course HAL 9000. Who can hear that name and not instantly recollect the voice of Douglas Rain singing Daisy Daisy or that oddly evil yet blank red eye. HAL starred in the film and book 2001: A Space Odyssey (written by Arthur C Clarke, and directed in the film version by Stanely Kubick). What is great about the creation of HAL is that it (he?) is meant to be the one who looks after the crew while in space, but ends up as their nemesis. HAL is shown to malfunction as the plot progresses. Of course, when HAL decides to kill the astronauts – primarily to protect itself (to conceal its malfunction), we know this is one crazy AI. 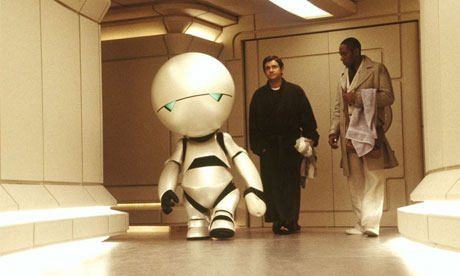 My personal favourite is the melancholic star of The Hitchhiker’s Guide to the Galaxy. Where would we be without Douglas Adams’ genius creation of Marvin the Paranoid Android. Culturally, his impact is huge (such as the Radiohead song) but I’ll never forget hearing him voiced by Stephen Moore in the TV series. “Here I am, brain the size of a planet, and they ask me to take you to the bridge. Call that job satisfaction, ’cause I don’t” and “the first ten million years were the worst, and the second ten million years, they were the worst too.” Marvin isn’t actually paranoid, just severely depressed. Thankfully, he didn’t turn on his masters and kept his mania internal. Either on the page, the radio, the big screen or the TV, Marvin is a wonderful creation.

David in Super-Toys Last All Summer Long by Brian Aldiss

Super-Toys Last All Summer Long is a story by Brian Aldiss, first published in 1969. It features David, a young boy who ponders the nature of reality. It turns out that his father designs and builds intelligent robots. David is not a real boy. In the film version, A.I. Artificial Intelligence, David is obsessed with the Blue Fairy from The Adventures of Pinocchio because he thinks, insanely, that it will change him into a real boy. His quest ends in disaster. David is an AI who exhibits are more understandable insanity, based on hope. 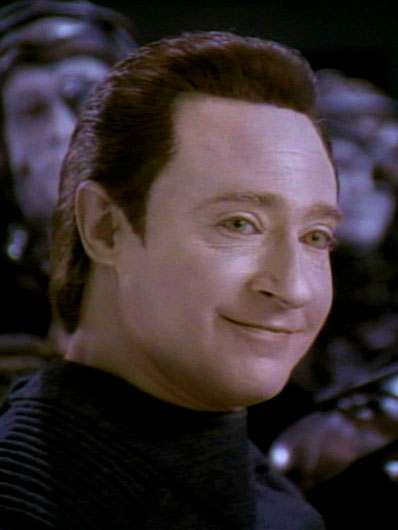 Lore in Star Trek: The Next Generation

Probably the most dangerously insane AI can be found in the TV series Star Trek: The Next Generation. Created by Dr Noonien Soong before the show’s resident AI android Data, Lore is the very epitome of the loose cannon. Lore is manipulative, jealous, and self-serving. Not exactly insane you might say? Let me present some evidence: he offers the entire crew of the USS Enterprise as substance to an alien being, he poses as Data and kills his creator and becomes leader of a group of renegade Borg. He is definitely a megalomaniac, and one with a deviously sharp intelligence.

The best single moment from an AI is from the sentient eponymous bomb on the space-ship in John Carpenter’s Dark Star (Thermostellar Bomb #20). Faced with the Cartesian realisation of self when asked, “what is your one purpose in life?” Bomb #20 replies “To explode, of course!”

In 2014, Prof Stephen Hawking warned that AI’s could be a real threat to the existence of humanity. Whether he was watching a preview of Ex Machina or revisiting 2001: A Space Oddyssey I can’t say, but he might just have a point. AIs might actually be with us by the end of this century, according to some scientists. Let’s hope they don’t come with a terror setting..