Announcing the winners of our Poison City competition! 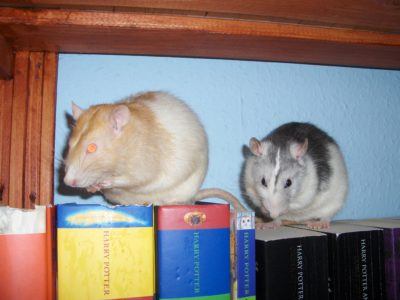 Posted on August 4, 2016 in Competition with tags

To honour the publication of Poison City, a few weeks ago we put a call out for pictures of your pets behaving badly. Little did we know the evil we had unleashed…

It was hard to pick, but based on the totally objective criteria of cuteness, creativity and evilness, here are the winners…

2. These rats engaged in an unspeakable act – @ZoeMarkham

@hodderscape These 2 are the reason I've been through 6 copies of all the Harry Potters #PetsBehavingBadly #Gnaw pic.twitter.com/EmZJ6t7REK

And while they commit acts of literary savagery, her cat is taking to the bottle…

@hodderscape Salem used to also hit the hard stuff while we were at work #PetsBehavingBadly pic.twitter.com/p4txzlwtTe

3. The rat who ruined Christmas – @LizMordue

@hodderscape Not very seasonal, but here's my boy Cosmo trying to nick all the Xmas presents. #PetsBehavingBadly pic.twitter.com/JDDZcPqiqF

@hodderscape Infamous Mr Wicked in his youth, & what was a planting of half a doz. tasty tulips. #PetsBehavingBadly pic.twitter.com/umNMJXfbkU