And the Oscar didn’t go to…

Posted on March 3, 2014 in Film with tags Academy Awards, Film, Oscars, The Lord of the Rings

The Oscars go to worthy films. But some worthy films don’t get Oscars. What did Oscar miss?

“Awards ceremonies… Who needs them?”

Words I hope to dine out on as I clutch the Oscar for best original screenplay.

We all want an Academy Award on our shelves. But the Academy has a wee blind spot for great genre movies, especially if they have a fantastical or sci-fi element.

So, for your consideration, let’s take a look at some alternate universe Best Picture Oscar winners through the years.

Ladies and gentlemen of the Academy… It’s all fantasy.

Few sci-fi films are as important as this adaptation of Pierre Boulle’s dystopian masterpiece. Astronauts led by Charlton Heston crash-land on a planet where humanoids are kept as slaves by intelligent apes. Director Franklin J Schaffner turns what could have been a Saturday afternoon popcorn flick into a thematic banquet. It tackled racism, animal rights and nuclear anxiety, and boasted sterling turns by Roddy McDowall – and Heston’s bumcheeks.

Planet of the Apes was a downbeat, mercilessly cynical antidote to the flower power era – but also a great thrill ride. John Chambers took home an honorary Oscar for his make-up effects in Apes. But the Academy Award for Best Picture went to… Oliver! 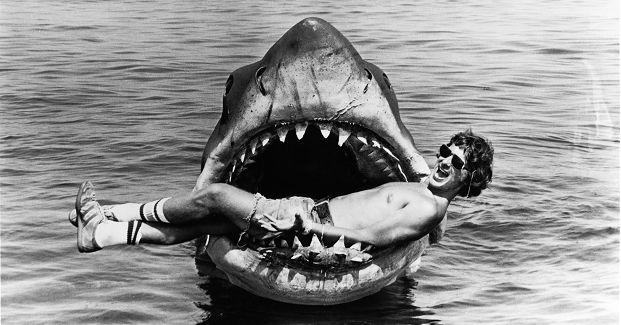 Cuckoo’s Nest deserved to be a big winner, and Jack Nicholson’s performance as RP McMurphy is timeless. But piscine also-ran Jaws continues to churn the waters of popular culture into bloody foam. For a film which feasts on a sense of panic, Steven Spielberg’s giant shark thriller is much more composed than Milos Forman’s madhouse – a work of art as much as great popular cinema. It’s also one of the classic literary adaptations, taking Peter Benchley’s pulp source novel well out of its depth.

At least John Williams won for best score. If he hadn’t, the Academy wanted lobotomising.

1982 was a banner year for genre film. Spielberg’s ET was nominated, but really should have won, while Blade Runner wasn’t in the frame at all. The lukewarm reception that greeted Ridley Scott’s Philip K Dick adaptation at the time of release is now the stuff of legend.

For my money, you could have Wrath of Khan in there, too. Was there an emotional high point throughout the cinematic year to match Kirk and Spock’s farewell scene? No there was not.  And did Gandhi feature severed heads sprouting legs and scuttling away, as in John Carpenter’s The Thing? No it did not.

Ladies and gentlemen of the Academy, you’ve got to be effing kidding me.

If life is like a box of chocolates, then Quentin Tarantino got the Turkish Delight in 1995 as his fondant Pulp Fiction was soundly beaten by Robert Zemeckis’ syrupy Forrest Gump at the Oscars.

I don’t have too much of a problem with that – Tom Hanks was great as Forrest, and it is a fine American movie. (See also: Dances With Wolves beating Goodfellas in 1991 – not quite the travesty many would have you believe.)

But people often forget that Frank Darabont’s The Shawshank Redemption was part of the field that year. Like Blade Runner, this Stephen King prison novella adaptation took its time to sink into the popular consciousness – but it’s regularly voted one of the best films of all time, even as its 20th anniversary approaches.

Was there ever a more beloved sewer pipe in movie history?

Look, we know The Return of the King got those Oscars in 2004 on behalf of all three of Peter Jackson’s Lord of the Rings films. It was by way of apology. But the gongs should have gone to the first and best of the trilogy, The Fellowship of the Ring.

People forget what a risk those Tolkien adaptations seemed at the time. I’d like to forget, anyway. “Peter Jackson? The guy who did Bad Taste? This will be a disaster.” – Pat Black, c. 1998.

So what a triumph it was to see Gandalf, Frodo, the Balrog and Bill the Pony on the big screen at last, and Middle Earth so beautifully rendered.

There isn’t a blackboard big enough to contain the equation necessary to calculate how anyone could have preferred A Beautiful Mind. Karma has paid Ron Howard back, though, as his awesome Rush was overlooked by the Academy this year.

In the face of terrible provocation, Batman’s moral compass seems steady enough… but, like the world’s worst Twitter troll, the Joker continues to ask him the awkward question: “Why should we trust YOU?”

It was wonderful to see Danny Boyle’s work rewarded at the Oscars, but in the list of “Danny Boyle films about money”, Slumdog is a distant third to Shallow Grave and Millions.