An Interview with Stark Holborn 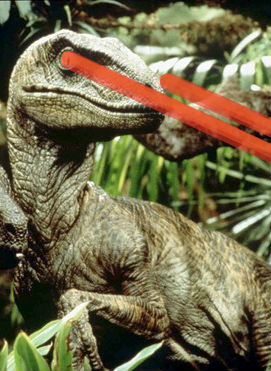 Have we got a treat in store for you today – Stark Holborn’s first ever interview! Settle in as we discuss Robert Redford, the Sacramento River, the orneriness of horses, and velociraptors.

Let’s talk a bit about Nunslinger – what is it and how on earth did you come up with the idea for it? 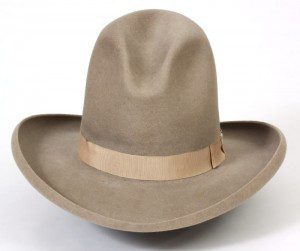 Nunslinger at its heart is a penny western, a pulp fiction romp with plenty of thrills and spills that harks back to previous era, when dime novels were passed dog-eared from hand to hand. But it also tries to scratch the surface of a genre long given over to stereotypes: peer under the six-shooters and gallon hats of the Western and there’s a whole seething mass of material just begging to be explored.

The idea itself: hell, I wish I had a better story. I was nursing a sore head one day after a night of over-indulging on, let’s say moonshine and bourbon, and wound up watching an afternoon of Westerns. It occurred to me that while nuns are often a feature of Westerns, they’re rarely treated very seriously. They always turn out to be prostitutes in disguise (Two Mules for Sister Sarah, I’m looking at you) or they give up their supposedly life-long vows the minute they’re confronted with a macho grizzled gunfighter. “Damn,” I said to myself, “these nuns aren’t very serious about their vocation”. So I decided to write one who was, who – despite anything The West throws at her – sticks to her guns. (I’m sorry, that pun is the devil itself to avoid).

That’s a superior pun, there. 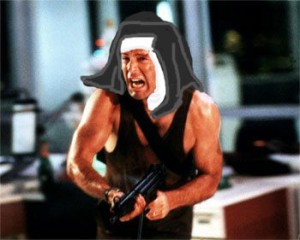 I was keen that she should be strong-willed, but not blindly so, unworldly but not wholly naive. Her moral stance, initially rather black-and-white, undergoes a rapid shift towards murky gray, even during the course of the first book. As for her internal dialogue, she is constantly questioning and re-evaluating. It’s necessarily a reflection of the whole concept of the frontier and the west: one of shifting footing versus the die-hard fortitude of belief.

(No jokes about Bruce Willis in a wimple, if you please)

What can you tell us about the other characters who populate Nunslinger? Thieves and bandits and hooligans all?

Well of course we have our two main fellas: Abraham Muir and First Lieutenant Theodore F. Carthy. Although Abe is something of a hero, and Carthy partly-villain, I don’t think I’d be comfortable calling either of them wholly good or bad. Their causes and actions aren’t clean or ethically neat. Carthy is probably one of my very favourite characters, actually. During the course of the books, his hunger, obsession and duty all get shaken up into a particularly volatile and fascinating cocktail. 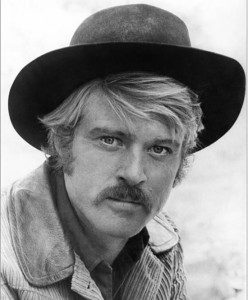 That’s the case, to some extent, in Nunslinger. The good aren’t wholly good, the bad aren’t unconditionally bad. Sister TJ inspires compassion and empathy in a motley range of people, including river boatmen, prostitutes and even the law, sometimes. By the same token, her instinct that everyone is worthy of salvation means that she – and others – suffer when confronted with the nastier specimens of the human race.

As a side note, the answer to a question I’ve had from quite a few readers of: “Is Abe hot?” is I don’t know! In my mind he looks a bit like a young Robert Redford meets Josh Brolin. Y’all can make your own minds up on that.

Gosh, that sounds hot to me. So, tell me, how do you go about researching your people and places?

The places part of that question is a darn sight easiest to answer! I’ll probably start of with an old map and I’ll spend a little while scouting around it to see what was what in 1864-65: borders shifted, towns disappeared and popped up like daisies during this time. If there’s any interesting geographical features, I’ll go research those to build a more thorough picture. It’s a lot of fun: one day I’ll be reading about the types of fish or trees along the lower Sacramento river, the next, whether you can eat an iguana.

The people are much more composite, a real rag-tag. There are some incredible resources online, especially for anything Civil War army related, from field hospital inventories, to diaries and journals of travellers through the various states. Y’all won’t be too surprised to hear that Mark Twain is a notable influence, either. But I’m a bit of a plunderer, so people tend to be stitched together from whatever shiny bits have caught my eye along the way. 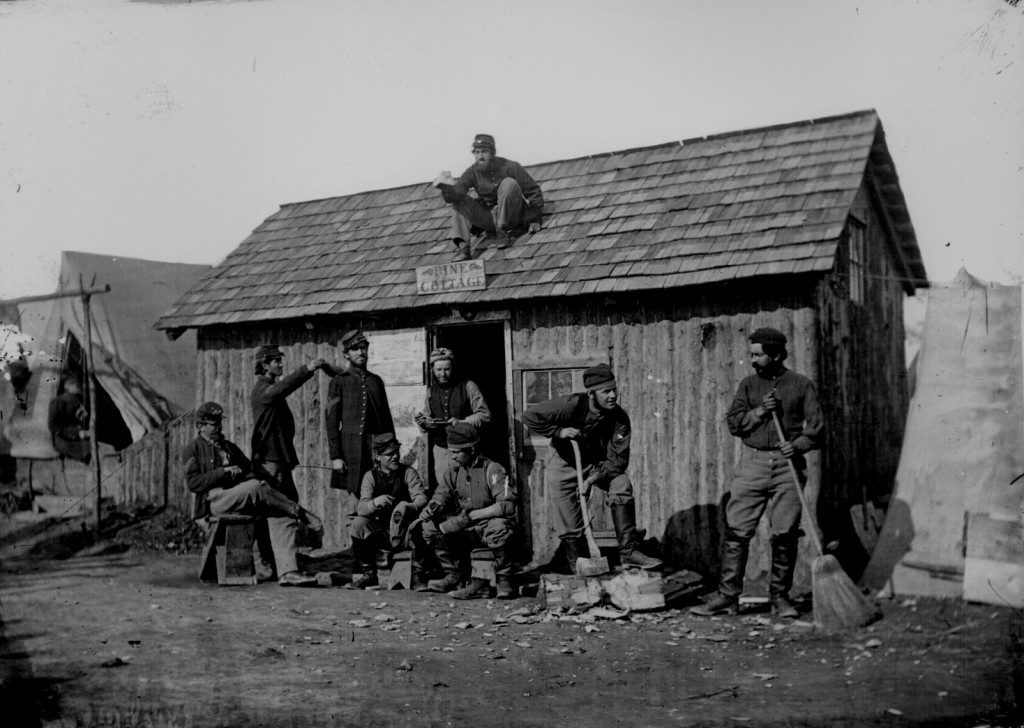 I’d be remiss if I didn’t ask you about Rattle the horse, who has a very distinctive personality. Admit it: you own an ornery horse yourself, don’t you?

Ornery is such a great word. Indeed, ‘though he’s a pony called Franklin: he’s stubbornly bad-tempered and has a stare that could wither steel wool, but I’ve grown to love his sarcastic ways. He’s brutally honest too. I named my newspaper man character, Franklin Templeton after him. He wasn’t impressed.

Can you tell me a bit about the Nunslinger writing process? Have you already written the whole thing or are you pretty much working on it as it’s being published (true old-school serial style)? 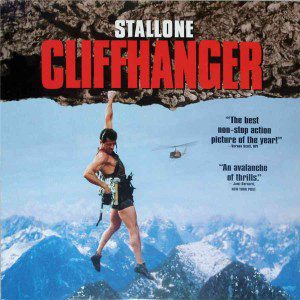 We’re kicking it well and truly old-school; the penny-novelist wrapped in a blanket, surrounded by empty bottles and overflowing ashtrays, battering away at a typewriter at break-neck speed. That’s the romantic version, anyhow. In reality, it involves a lot more staring. Heck, I’m hard at work this very moment on Books 7-9, which are released in June, so it’s a real stampede of deadlines, editing and proofing.

Speaking of books 7 – 9… we ended book 6 on a hell of a cliff-hanger. (Though not a literal one; that was the end of, I believe, book 4. There was also a cliff in book 5. And book 1. Cliffs everywhere!) Can you give us any hints about what lies ahead for Sister TJ?

Can’t beat a good cliff. Y’all have to wait like everyone else, but what I can say is that there’ll be new friends and foes, there’ll be escapes, one hell of a journey down the Mississippi, border raiders and bushwhackers, guerrilla fighting in Missouri, a daring adventure into Indian Territory, gun fights and what looks like certain death…

And who’d play Sister Thomas Josephine in the film? How about Abe and Carthy?

Now that IS tricky. I’ve always said Grace Kelly when asked for visual references in the past, but of course naming someone now… Someone on twitter suggested Rose McIver the other day, which is pretty darn close. If I could morph her somehow with Saffron Burrows we’d be talking business.

I’m open to suggestions on Carthy, although Alexander Skarsgard seems to be the popular opinion at the present time.

That sounds awesome. Okay – a couple of last questions. 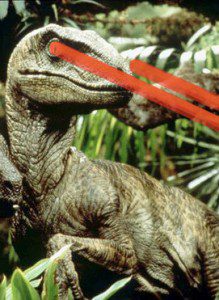 Moonshine. No question. I got some brewing in the still right now.

A ten-gallon hat. But only ‘cos I like to experiment to see what that 10-gallons can mean. So far I tried it out maple syrup, bourbon, and cats.

3.       Velociraptors with laser eye-beams or sharks with lungs?

I think you might be underestimating the velociraptors… but time will sort that out! Thanks so much, Stark! Nunslinger books 1-6 are available at your finest online purveyor of ebooks, individually and as a single collection. And there are six more Nunslinger stories to look forward to – books 7, 8 & 9 will publish in June and the final three in September, concluding Sister Thomas Josephine’s journey.

We can only hope there are a few velociraptors with lasers in book 12.

4 comments on “An Interview with Stark Holborn”