A round-up of our May-July events

The sun is out, and so are a bunch of our authors – here’s a round-up of where they’ll be in the next few months. We’re afraid that all but one of these events are London-based, but if you’d like to attend vicariously make sure you’re following us on Twitter!

Tuesday 19th May, 6:30pm – 9:00pm
Composting with Sandworms: The Horticulture of Dune
As part of the Chelsea Fringe Festival, The Kitschies are hosting an evening of science fiction, exobiology and not-of-this-earthworms to celebrate the 50th anniversary of Frank Herbert’s Dune. Among many other things, this evening will offer you the chance to build your very own sandworm. 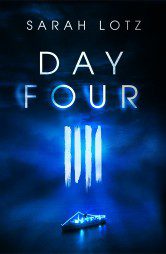 Thursday 28th May, 7:00pm
Hay Festival, Wales: Young, Gifted and Published
Helena Coggan (The Catalyst), Taran Matharu (The Summoner) and Lucy Saxon (Take Back the Skies) talk about their experience of being young and published.

Tuesday 16th June, 6:45 pm
Neil Gaiman in conversation with David Mitchell at the Union Chapel
Two globally acclaimed writers – admirers of each other’s work – meet on stage for the first time ever. 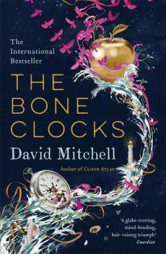 Friday 17th – Sunday 19th July
YA Literature Convention
We had a blast at YALC last year, and this year we’ll be there with our very own Helena Coggan, 15-year-old author of The Catalyst.

Thursday 30th July, 6:30pm
Dark Societies presents an evening of survival
The Post-Apocalyptic Book Club and Waterstones Piccadilly present an evening of survival with Lewis Dartnell (The Knowledge: How To Rebuild The World From Scratch), Sarah Lotz (Day Four) and James Smythe (Way Down Dark). Join them as they explore the aftermath of a cataclysm and what it takes to survive and rebuild civilisation.