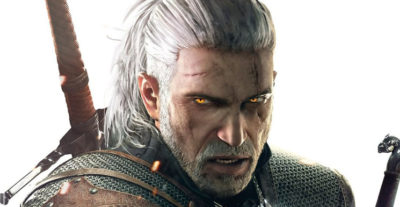 So, we’ve already ‘fessed up and shared our cartoon crushes, now it’s time to delve deeper into the world of pleasing pixels…

Here are our top video game crushes – tell us yours in the comments!

She’s sassy, dirty, and an awesome pirate captain with a bunch of knives. She also does a cracking eye-roll.

Also sassy, also dirty, and a necromancer. He is completely full of himself but also shows a vulnerable side to those closest to them. Plus his moustache game is on point.

As soon as I played Assassin’s Creed II I knew that my soulmate was Ezio Auditore da Firenze – damn, even his name is awesome. But I definitely wasn’t the only one – Ezio was hot pickings in the Matharu household, my sister loved him too.

I pretty much love me a spoilt bad boy type and at the beginning that is exactly who Ezio is, but as the game moves forward (with an awesome plot, I might add) his character develops and he starts to become something that is much more swoon-worthy and altogether greater. With all that freerunning going on its hard to stop your inner-teenage girl from wanting to come out and declare her undying love for a fictional character. However, I don’t really think all the swag in the game would really translate well to real life – if you want proof please see this video.

Let me tell you a story: it was 2012, I was a young dark elf with an aptitude for destruction, he was a lycanthropic Nordic warrior with a bad attitude and a rugged scar. He thought I wasn’t worthy of being a member of his fighting guild, but I won him over with my Daedric armour and stacked Destruction skill tree. After a whirlwind romance, I retrieved a magic amulet and made an honest warrior out of him. We moved into a beautiful mansion and everything was fine, at first. But then things changed. He changed. He no longer wanted to go out and slay dragons with me, instead he preferred to hang about the house cleaning, cooking and selling knick-knacks. He was no longer the man I fell in love with. But, sometimes I think back to the man he once was and smile.

Geralt of Rivia from The Witcher

So, turns out my type is scarred warriors with big swords. Let’s just say, I really enjoyed the opening of The Witcher 3…

Sheik and Nabooru  from Legend of Zelda: Ocarina of Time

Sheik was always way more impressive than Zelda. I was pretty disappointed when they turned out to be the same person (though my mind was completely blown as an eight-year-old). Sheik disappears in a puff of smoke and teaches Link some of the greatest songs to play on the Ocarina. I always liked her costume.

Nabooru seemed pretty high and mighty, but she was striking back by herself against Ganondorf (though she ended up being controlled by evil witches). I liked her strength and her long, red hair.

So I fall back to my other major game crush, Mileena from Mortal Kombat. DAYUM gurl, she was epic in every sense of the word. She was hot – when she didn’t remove her veil to expose her gigantic razor sharp teeth (actually, maybe even then?). Most importantly, she was evil. I love me some evil.

Playing as her was awesome, she had the best fatalities and consistently looked graceful (in a demonic way) but also psychotically deadly. The MK games were made from capturing actors performing martial arts so I’m sure that a real life Mileena is out there, just waiting for me to find her… Ezio might be my soulmate but Mileena had first dibs on my heart.

Garrus from the Mass Effect series

Look, I don’t normally find myself attracted to reptiles, but Garrus is all about the swagger, and the voice. And who wouldn’t want to date the best sniper in the galaxy?