8 Great Women of the West 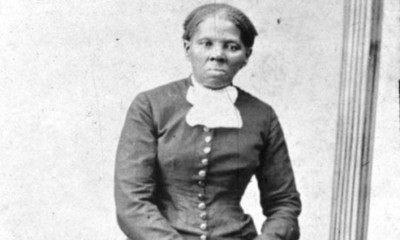 As a nod to my own dear Sister TJ – who emerged in full & fine ink and paperback around this time a year ago – I thought it about time that I shared with y’all some nuggets of history about a few remarkable women of the West and the War.

Now, eight ain’t nearly enough spaces, but we got surgeons and spies, mail carriers and warriors. If you’d like to hear more… well, bring that bottle over and pull up a chair, pard.

“Stagecoach Mary” was a doozy of a woman. Six feet tall and strong as an ox, she was the first African-American woman to be appointed as a mail carrier by the United States Postal Service… at the age of 60. Before that she worked as a labourer and forewoman at a – wait for it – convent in Cascade, Montana.

Fields was hard as nails; she smoked hand-rolled cigars and received a special dispensation from the mayor of Cascade that allowed her to drink in any saloon she liked, at a time when women were banned. She got into fights, broke noses left, right and centre, and once shot a man in the buttocks during a duel.

As a mail carrier she endured extreme weather, attacks by thieves, and once fought off a pack of wolves. She was never late with her deliveries and never lost a letter of package. She always carried a jug of whiskey, an old shotgun loaded with buckshot, and a revolver under her apron.

Gary Cooper remembered her from his childhood in Montana and apparently said: “Mary was one of the freest souls ever to draw a breath… or a .38.”

Born Sarah Rosetta Wakeman in New York in 1843, Wakeman went on to fight for the Union in the Civil War, enlisting as a private with the 153rd Regiment of the New York State Volunteers in 1862. During the course of the war, hundreds of women enlisted to fight, on both sides of the conflict, disguised as men.

Wakeman – although continuing to sign letters home “Sarah” – was never discovered, and was proud to be both financially independent and a “good soldier”. Wakeman died in 1864 in a military hospital in New Orleans, and was buried under the headstone “Private Lyons Wakeman”.

Dr Walker also saw combat during the Civil War: she was the first female surgeon on the Union front-line, a POW, and to this day is the only woman ever to have received the Medal of Honor.

Walker worked as a teacher to pay her way through Syracuse Medical College, graduating with honours. She constantly defied social injustices faced by women, and refused to wear corsets, petticoats or full dresses, which she deemed unhygienic 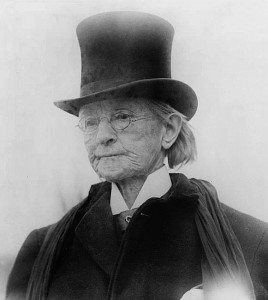 and impractical. When she married one of her fellow students in 1855, she wore trousers to the ceremony, left the word “obey” out of her vows, and kept her last name.

Walker volunteered for the Union army in 1861, working as a nurse and subsequently as an unpaid field surgeon for two years, before finally being granted the role of “Contract Acting Assistant Surgeon”. She often crossed battle lines to treat the wounded – regardless of which army they belonged to – and was captured by Confederate forces while helping a Confederate surgeon perform an amputation.

After the war she became a writer and lecturer on abolition, women’s rights and healthcare. She divorced her husband after he cheated on her, carried on wearing men’s clothes and a top hat, and lived to the ripe old age of 87.

Sojourner Truth (born Isabella Baumfree) was a human rights spokesperson, abolitionist and human rights activist… sure, she wasn’t geographically a woman of the West, but how could I leave her out with a name like that?

Born into slavery in New York State, Truth she was sold and sent away from her family at the age of nine. Over the years, she would be sold another three times. Finally, in 1826, she escaped slavery with only her baby daughter. “I did not run off, for I thought that wicked,” she later said, “but I walked off, believing that to be all right.”

Truth soon learned that her five-year-old son had been sold illegally to an owner in Alabama. She took the matter to court; in 1828 she won, and not only got her son back, but became the first black woman to win a case against a white man.

During the civil war she helped to enlist African American troops for the Union, worked for the National Freedman’s Relief Association in Washington, D.C., rode in streetcars to help force their desegregation, and met Abe Lincoln while working in the Freedman’s Hospital. She, too, lived to the grand age of 86.

Lozen was a Chihenne Chiricahua Apache warrior and medicine woman. Born in the late 1840s in the Northern Mexico – Arizona region, she never showed any interest in learning the traditional duties of a woman, and instead followed her brother, the chief Victorio, in becoming a warrior.

Although many of the women in her band hunted, fought and went on raids, Lozen became one of the most skilled fighters among the warriors, and had a greater ability at military strategy than her brother. “Lozen is my right hand,” he said, “strong as a man, braver than most, and cunning in strategy. Lozen is a shield to her people.”

In 1870, Victorio’s band were forcibly sent to the San Carlos Reservation in Arizona, known as “Hell’s Forty Acres” for its horrendous conditions. They left in 1877 and began retaliatory raids against those who had appropriated their homeland.

Lozen wasn’t the only female warrior in her band. She was often accompanied by Dahteste; another formidable Apache warrior, who could speak fluent English and acted as a translator, mediator and sometime scout for the U.S. cavalry. Dahteste differed from Lozen in that she lived as a woman, and was married with children, yet both women were instrumental fighters with their groups. They eventually joined up with Geronimo, evading capture until the final surrender of the last free Apaches in 1886.

They were shipped to a Florida prison, where Lozen died of tuberculosis a year later. Dahteste survived TB, pneumonia and 19 years in an Oklahoma prison before she was finally released and allowed to return to her homeland. 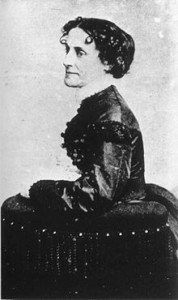 Van Lew was an abolitionist, philanthropist and a Union spy from Richmond, Virginia. She began working for the Union in 1861, taking supplies into Libby Prison and gathering information on Confederate troop movements.

Over the course of the war she built up and ran an extensive spy ring, with informers in the Confederate War and Navy departments and the mayoral office. She developed a cipher system and smuggled messages out of the city in hollow eggs. To cover her activities, she apparently adopted strange behaviour, muttering to herself and refusing to comb her hair, so that people would dismiss her as “odd”.

Her greatest feat was to work with the young and intelligent former slave Mary Bowser to infiltrate the home of Confederate President Jefferson Davis. Bowser, who had been educated in Philadelphia, was able to get employed as a maid in the Davis household. Posing as slow-witted, she used her near photographic memory to gather huge amounts of intelligence until nearly the end of the war. She was eventually discovered and fled, but not before attempting to burn down the Confederate White House.

Due to their work, intelligence officers in the Union army and White House credited Van Lew with supplying “the greater portion of our intelligence in 1864-65.” 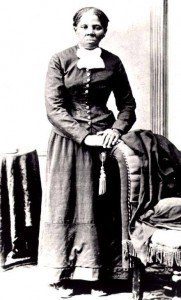 No list of influential women of the West and the Civil War would be complete without Harriet Tubman. Like Van Lew, she acted as a Union spy, but was also a fearless abolitionist, humanitarian and campaigner for women’s suffrage.

Born into slavery in Maryland in 1822, she escaped in 1849 and made her way to Philadelphia… only to return a year later to rescue her family. She subsequently helped over seventy families to freedom.

She joined the Union effort as a cook and nurse at first, eventually becoming an armed scout and a spy. She was the first woman to lead an armed expedition in the war, and was integral to the success of the Union raid on Combahee River, where over 700 slaves were freed. Despite this, she never received a salary and was denied compensation by the U.S. Government for many years, while living in poverty due to her constant humanitarian work. She finally received a pension in 1899.

After suffering with black outs, migraines and forms of epilepsy her whole life (due by a head wound inflicted on her as a teenager by a former owner) in the 1890s she asked a surgeon to perform brain surgery, which he did… without any anaesthetic. Tubman chose to bite down on a bullet instead and subsequently lived to the age of 91. 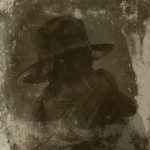 Stark Holborn is the pseudonym of a thrilling new voice in fiction. But he – or she – knows to keep enemies close… and secrets closer. @starkholborn

4 comments on “8 Great Women of the West”